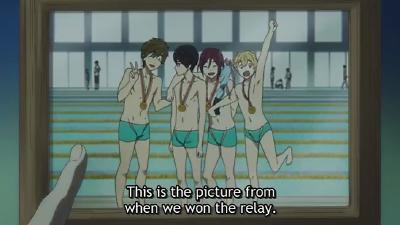 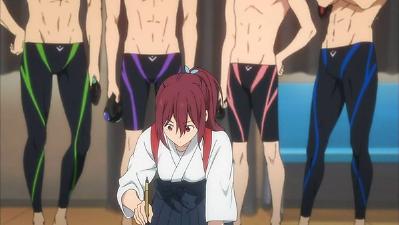 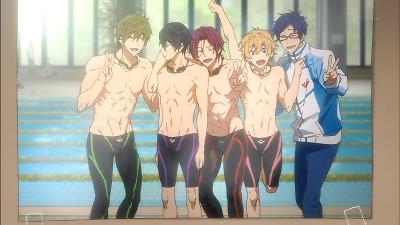 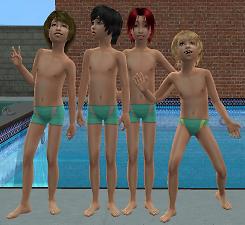 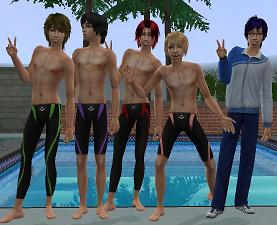 73 Thanks  Thanks     21 Favourited
This is a Maxis Recolour which means that it is a recolour of an item that already exists in your game. Please check the Expansion pack requirements to see which game pack it recolours.
I loved the Free anime https://en.wikipedia.org/wiki/Free!_(anime) and wanted to make myself some Free sims, but sadly noone else seemed to like it as I couldn't find any Free content for Sims 2. 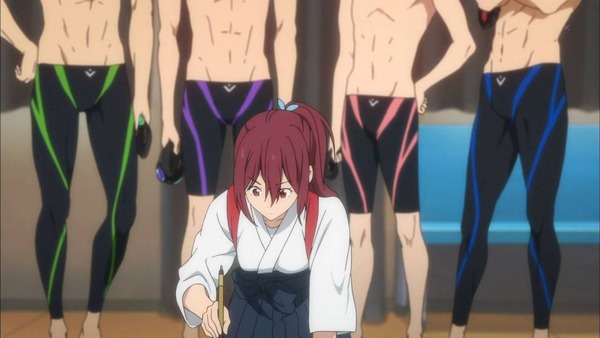 I tried to make myself some swimsuits, but they got stalled for a while due to my lack of artistic ability. But I found someone who did the stripes for me, so I finally managed to finish them! 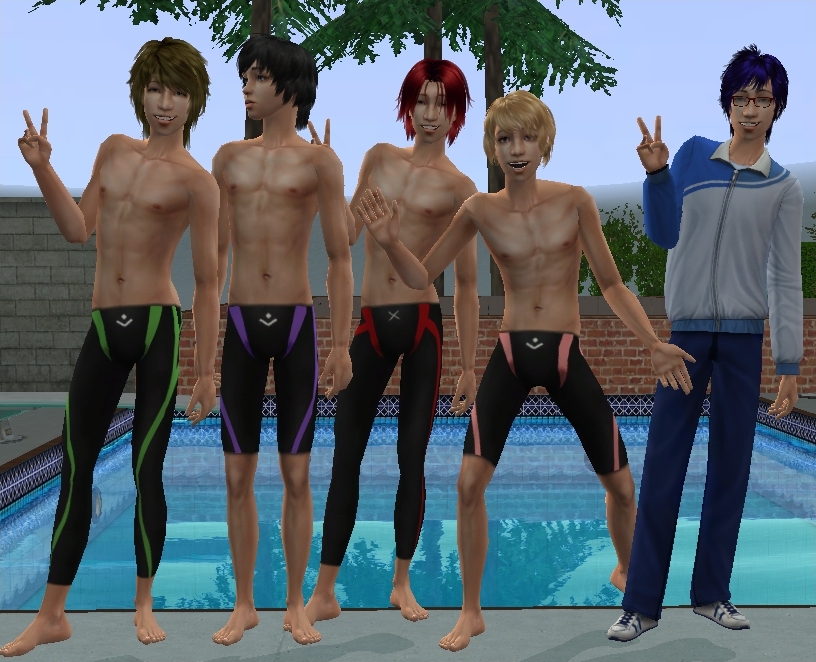 I have each of the main chars' swimsuits from the anime.

They're all under Swim except for Haru's suit which is also under Underwear, because we all know that he wears his suit everywhere under his clothes in case something filled with water shows up. XD 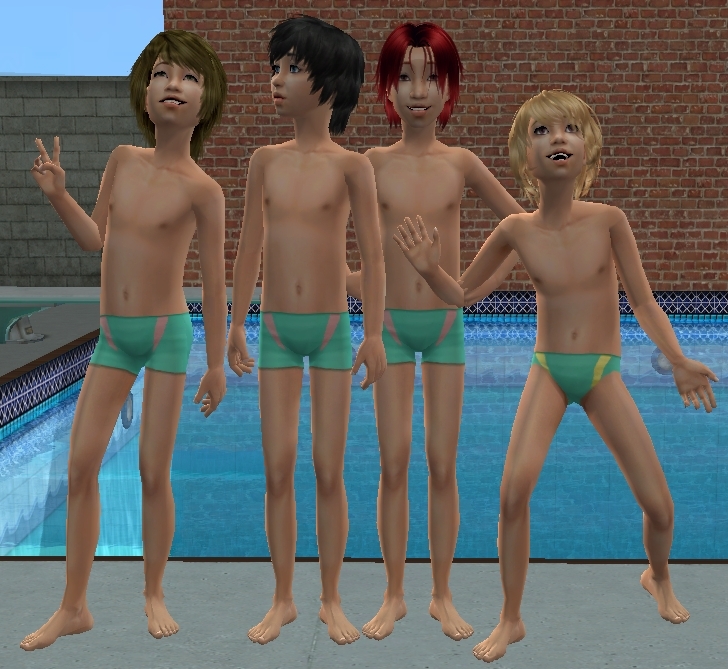 I also added the swimsuits they wore as children - the turquoise with pink stripes and the turquoise with yellow stripes, both speedos and shorts (edited with the Wardrobe Wrangler, because I used the female child underwear as a base and had to switch them to male).

Finally, I added adult versions of all the teen swimsuits; they come in exactly the same colours and lengths.

The teen and adult ones are all based on the male nude mesh. The textures are from the male ballet leotards. The child ones are based on the female underwear mesh and textures. Mine come with sexy feet, but they'll come with block feet if you don't have a Default Replacement.

Unless I've screwed something up these should work in all games. Please let me know if they don't.

Asha, who did all the stripes for me even though she doesn't play The Sims! I couldn't have done it without her. Thank you!
Phaenoh for her DR for the female child underwear that removes the boy leg. I used it as a base for the child speedos.
The makers of the Free anime for making such fun chars to play with.
fakepeeps7, who always has help available on the forums for creators!
lidiqnata, who checked over my second attempt to make sure it was okay after the first one needed changes.

Disclaimer: I do not own the Free anime or any of its chars and am not making any money off this.