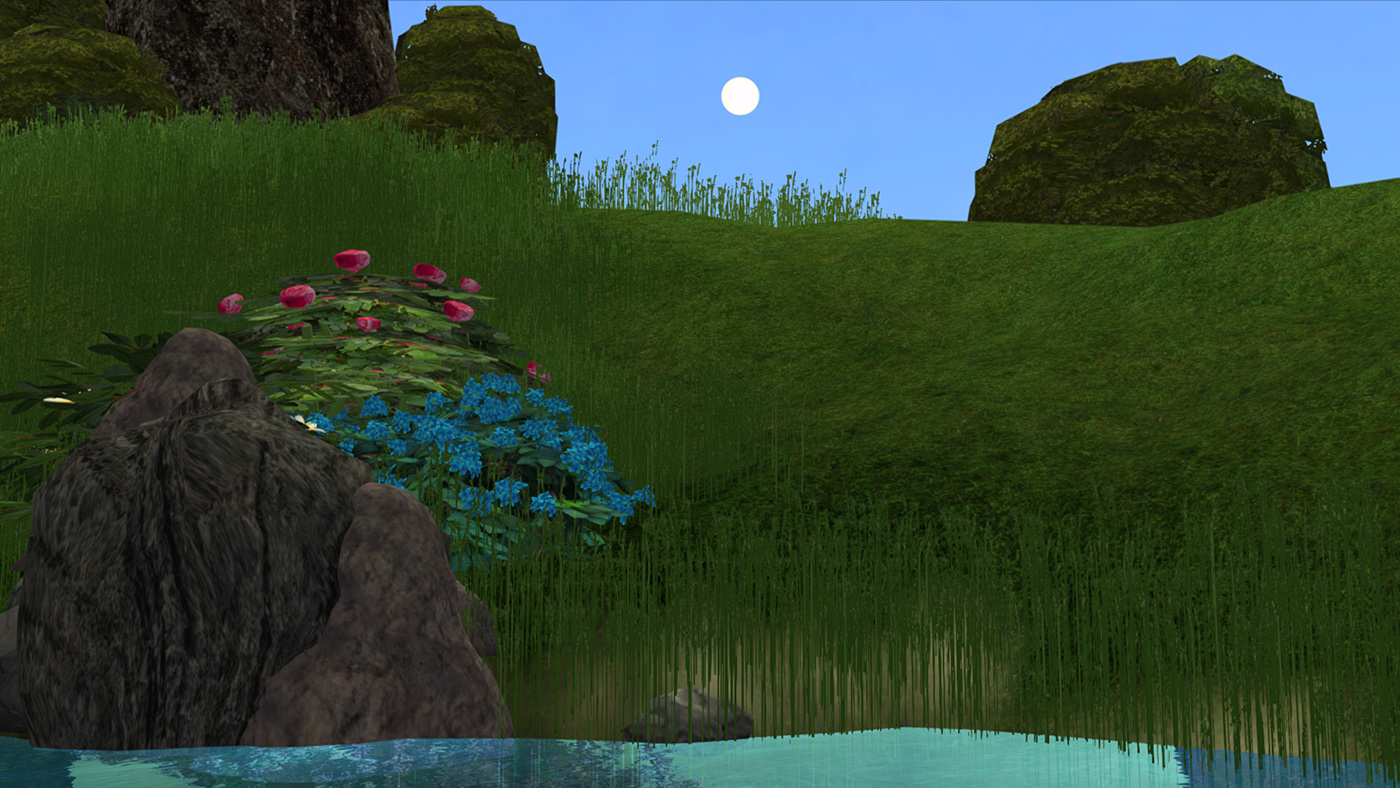 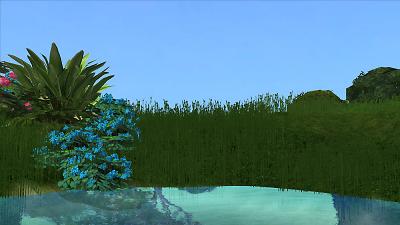 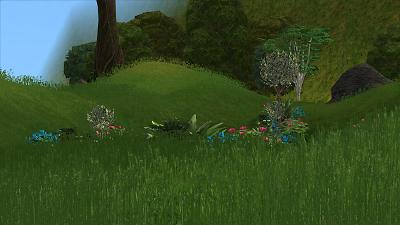 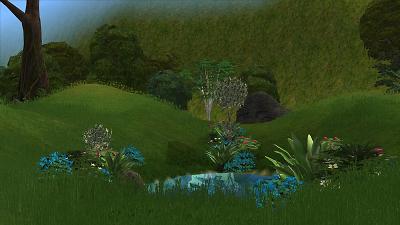 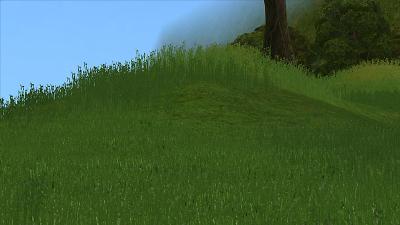 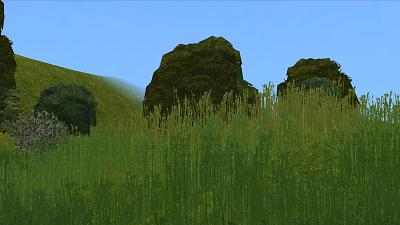 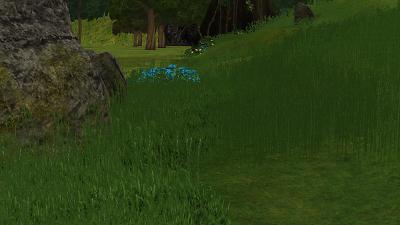 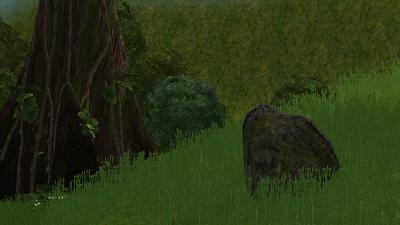 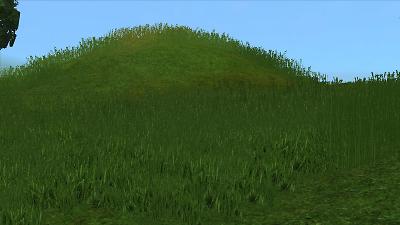 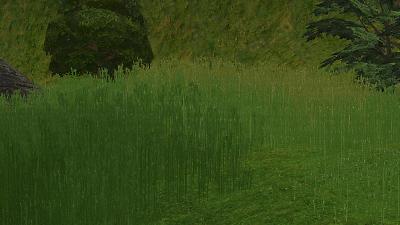 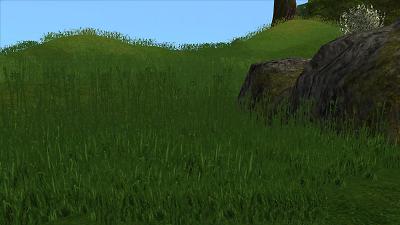 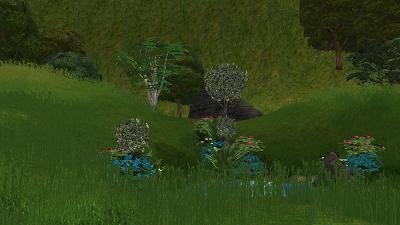 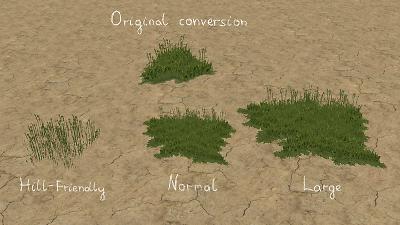 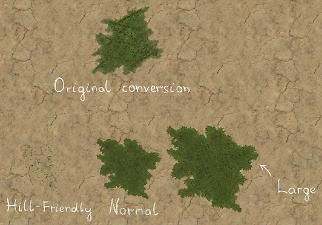 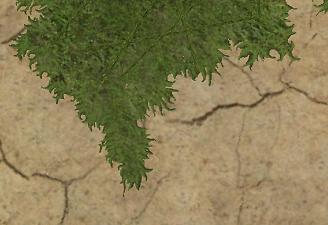 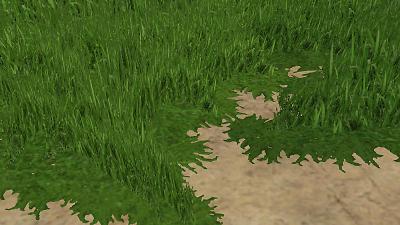 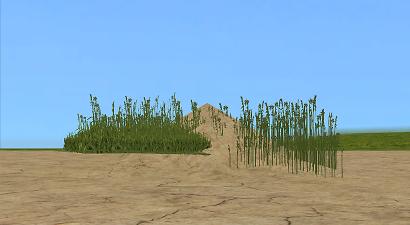 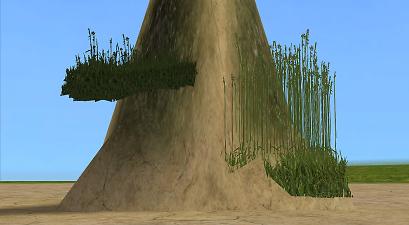 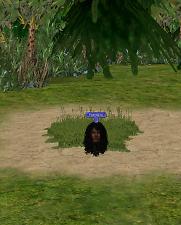 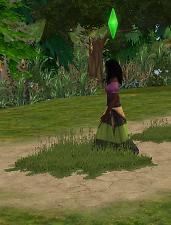 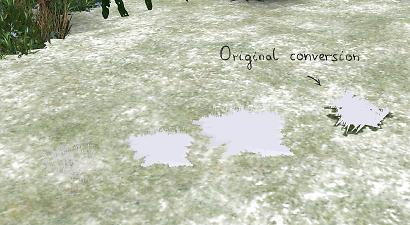 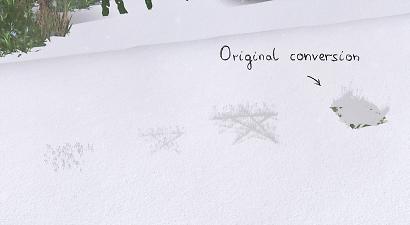 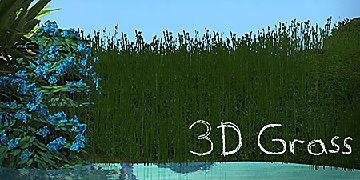 I’ve always liked the grass conversion from Castaway Stories I found ages ago, but there are several issues with it, which eventually made me want to create an alternative version of it. This grass is a brand new mesh, but it was strongly based on the CS grass and uses its textures (after all I wanted an alternative version that is very similar but better). The bottom part is a mesh part of Maxis base game flowers, the vertical part is made from scratch using planes. Like I mentioned, the texture is from CS, but not unmodified – I edited it so it fits the UV maps I made, blended the bottom part with different textures (Maxis and my terrain paints), and drew a more ‘grassy’ edge.

The grass comes in 9 colours (the original one and 8 recolours that fit my set of terrain paints, which can be found HERE), and in 3 versions – a normal one, a bit larger one, and a hill-friendly version that looks good and doesn’t float on uneven terrain.
The larger version is just resized (so the grass is taller and covers a bigger area), and due to that it has exactly the same UV map as the normal version. That was a good reason to create a master-slave relation, so the larger one is slaved to the normal one, and it needs the smaller version to work properly.
The hill-friendly version has its own UV map and textures; you need quite a steep hill to make it start floating as most of the mesh is lower than the ground level in the game. I don’t think that hills as steep as the one I showed in the comparison picture are used often in the game, so the grass will look fine on most of the fancily sculpted lots you have.

If you’re wondering what is wrong with the original conversion and why I claim that my grass is better, well, here are the reasons:
I tested it and everything seems to work as intended, but let me know if there are any issues with it. The name and catalogue description are in English and Polish, the Go Here interaction is borrowed from Maxis flowers, so it’s displayed properly in all languages. All versions cost §4, and can be found in the flowers category.
The original conversion is in the pictures for the comparison purposes only, and isn’t included in the files.