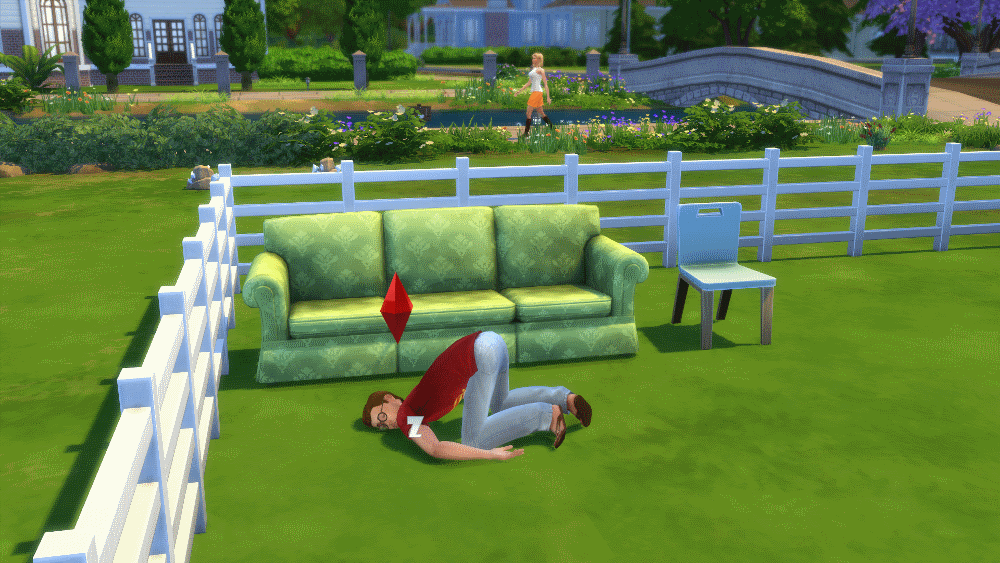 This is pretty straightforward; with this mod your sims should never autonomously choose to nap on beds, sofas, chairs, or in the hot tub. There is a second package file to stop them from napping in the party bush as well, which I left separate just in case anyone wants them to still be able to collapse in there. I have also now added a no autonomous napping for the coffin in a separate file.

Sims can still be told to nap on any of these objects, since it's still a dialog pie choice.

The only side effect I noticed was that if my sim ended up getting really tired during the daytime part of the day, he didn't seem inclined to autonomously sleep in his bed. I think it has to do with what sleep choices sims make at certain times, but I can't make heads or tails of it enough to change it. In any case, they can be directed to sleep if needed.

The mod overrides the autonomy of napping, which has been taken away.