Fix For Sims Not Sitting While Watching TV 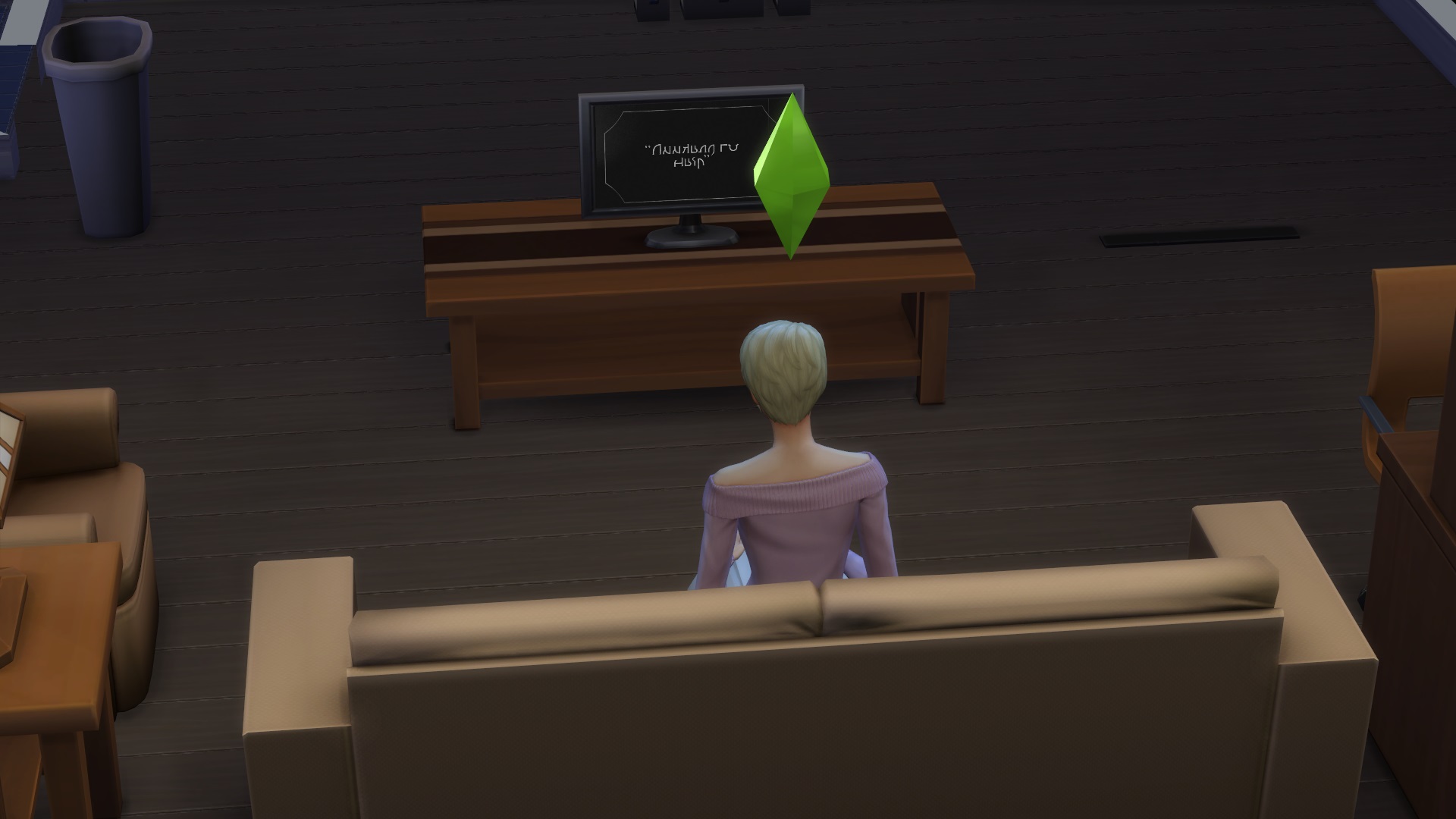 29,030 Downloads 455 Thanks  Thanks 145 Favourited 39,156 Views
Created by Ravynwolvf
View all Downloads
Uploaded: 8th Feb 2017 at 3:43 PM
Updated: 11th Feb 2017 at 2:11 PM - typo
HOT FIX!
A couple of people posted that they had empty menus on their tvs with this mod installed; my apologies, I should have known that would possibly happen, but was probably in denial because it made it even more complicated separating all the tv channels into different downloads. It may have been due to them not having some of the channels that came with certain add-ons. Hopefully this will help, but it's impossible for me to test because I have all the packs. If you are having problems you will probably want to download again, with only the packs you have.

You could call this a temporary fix (until Maxis finds time in their busy day making packs to sell to fix it) for the bug where Sims are not sitting on a sofa or chair while watching TV or movies. I'm still not sure what became broken, but I went in and changed the advertising for the sofa, chair, and love seat from 10 to 1000, and it seems vastly improved. The Sims in my own game now use the seating about 95% of the time (occasionally they will still stand for whatever arcane reason they may have).

Unfortunately, because I didn't really fix the problem and instead more or less overpowered it, everyone else's own results may be slightly different; I just can't be sure with all the variables. I've been using it for a couple of days now, visiting different Sim's houses, and it has performed great. But different seating arrangements, Sim traits, emotions, etc, may throw it off. But hopefully you should see a big improvement in how often they decide to bend their knees.

They probably still won't sit down on items like beds, and various other seating items, simply because I didn't change the advertising on EVERYTHING. As it was, there was quite the list of xml files I had to edit to cover all the different channels and movies. And I still I couldn't get them to plant their tuchuses while playing video games using the same approach; not sure if I missed some files or what, but the way they decide to sit seems slightly different there.

So what the packages do is override the normal advertising on seating (just while using the TV) and should improve how often Sims choose to sit while watching TV or movies.