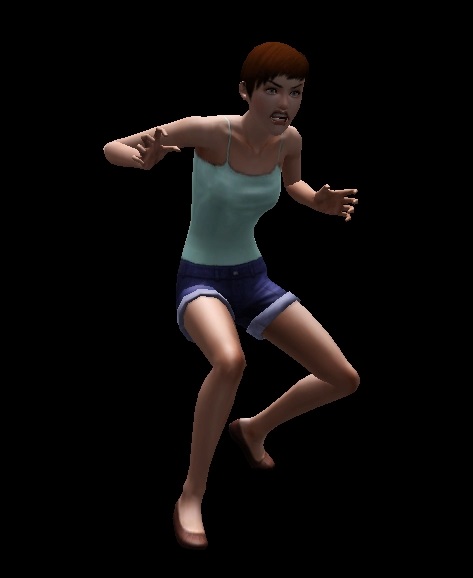 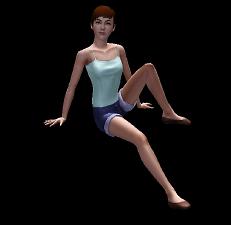 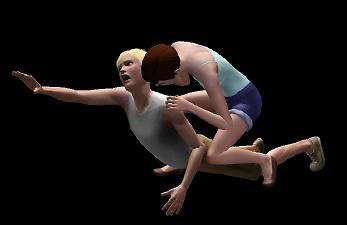 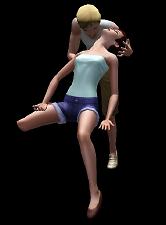 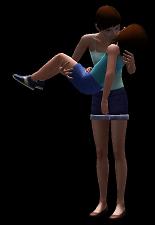 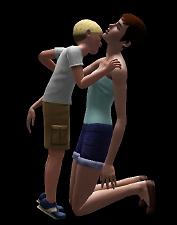 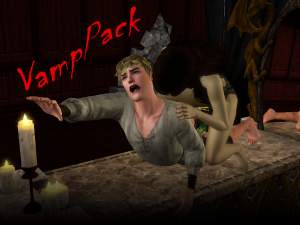 Screenshot-59.jpg - width=726 height=226
Lying down with eyes open - and rather unhappy about having been woken up

Created by Unfathomable7 View Policy / About Me View Downloads Home

A set of 12 vampire poses for those of us who prefer a more traditional and less "lovey-dovey" take on them. These guys aren't playing around - they're hungry! Package includes 3 single-Sim poses and 4 pairs of dual poses:
a female vampire and male victim, a male vampire and female victim, an adult vampire and child victim, and a child vampire and adult victim. You can try to use them with any gender you want, but bear in mind that they may look a bit differently on a Sim they were not intended for.

Some of the poses are suspended to allow use for the altar bed from the LN expansion, but any other bed will work just the same. However, you will need to use OMSP in order to elevate poses 2 and 3 to bed level so that the Sim rests on it. Unless you don't mind them being on the floor of course.

These have all been tested in-game, work with Pose Player, and are all Pose List compatible. For those of you who do not use the Pose List, these are the codes:

a_Unfathomable_VampPack2 -> Lying down with eyes closed

a_Unfathomable_VampPack3 -> Lying down with annoyed expression

a_Unfathomable_VampPack4 -> Sitting up from altar

a_Unfathomable_VampPack6 -> Female vampire crouching over male and holding him back

a_Unfathomable_VampPack12 -> Adult victim unconscious and being held by child vampire


I did not encounter any issues while testing, although it seemed that pose 7 (male vampire feeding on female victim) exhibited minor clipping on the upper lip but only happened on some Sims and not others. I am new to posing and these were merely meant as an exercise and for my own personal enjoyment. If they are to your liking, I hope you enjoy using them. Happy Simming!

And to Kaleeko's Pose Creation Series on Youtube - thank you!

Archive Information
This download is a custom pose or animation. This means that you will need the Pose Player or Animation Player mod by cmomoney installed in order to use the download in your game.
Archive: Unfathomable7_VampPack.rar
File: Unfathomable7_VampPack.package Included Custom Content
Expansion Packs Needed
Download files Need help with downloading or installing content? Click here!