No Inappropriate Family and Friends by Snaggle Fluster 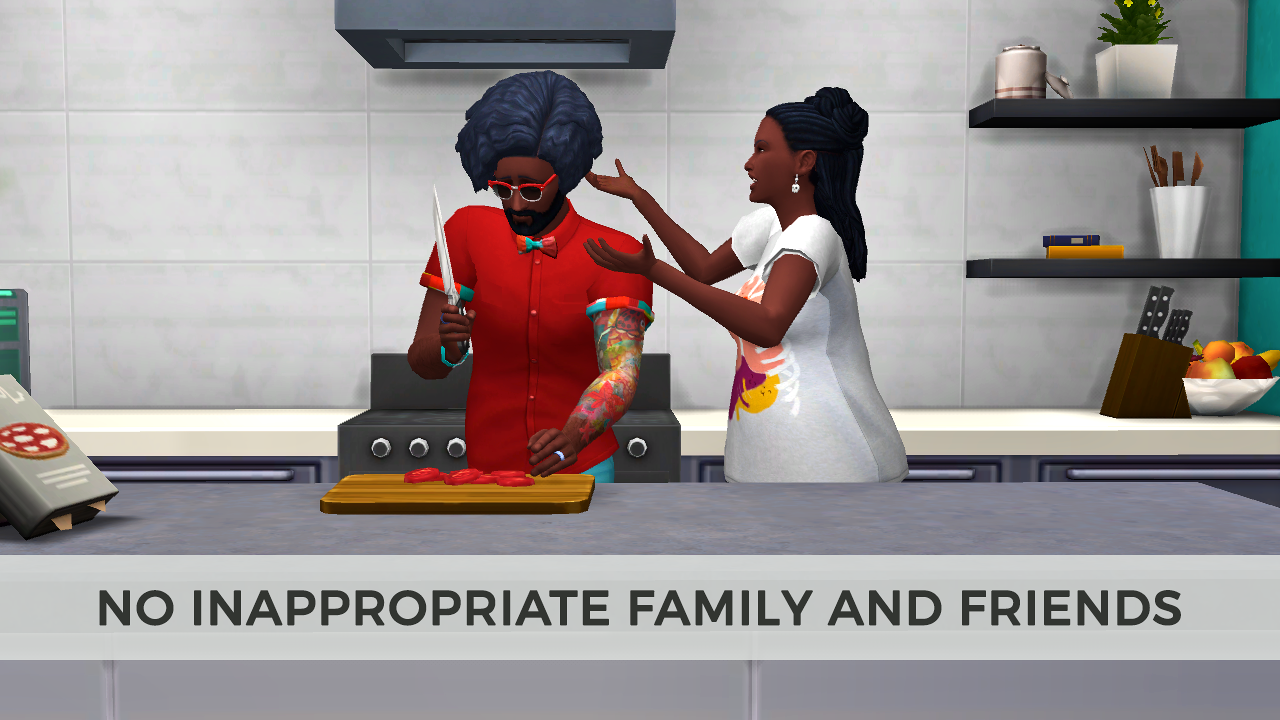 
I like this mod but was sad was long outdated so i update for work with patch level 1.37 and mainwhile i was testing No Inappropriate Toilets i notice like the name say only work for toilets, if you sim is showering or bathing or want take a shower or bath and one sim is in will fire the embarement so based in Snaggle Fluster make this little alternative which remove the embament for family and friend from be nude. The sims dont will seek privacy or be shocked if see one familiar or friend nude anymore.

I always thought it was odd how, no matter how close they were, family members and friends would complain about your Sims being "inappropriate" if they tried to do something like cook a meal when visiting. It's also annoying seeing this crop up with romantically-involved Sims, just because they don't live together. This mod basically takes the functionality of the "Always Welcome" trait and expands it to other types of relationships, allowing you to cook, shower, and sleep over at another Sim's house as much as you like.


V2 includes all of the above relationships, in addition to Friends and Lovebirds. Choose only one version.

Add-Ons
No Inappropriate Toilets
Disables the embarrassed buff when Sims walk in on a good friend/BFF or family member using the bathroom. By default, only romantic relationships are affected. (Sorry for the terrible filename.)


No Inappropriate Nudity based in Snaggle Fluster
Disables the embarrassed buff when Sims walk in on a good friend/BFF or family member from nudity. By default, only romantic relationships are affected. (Sorry for the terrible filename.)

Disables the embarrassed buff when Sims walk in on a good friend/BFF or family member using the bathroom" this original description from Snaggle Fluster "No Inappropriate Toilets" but only work for toilets.

"No Inappropriate Nudity" remove complety alll the embarrassed buff from using the toilet or be nude for be in shower by example. Could considered one upgrade from "No Inappropriate Toilets" which only work for when a sim is at toilet so dont be used both.

No Inappropriate Family and Friends

Additional Credits:
Made with Sims4Studio

– Other
Back to top