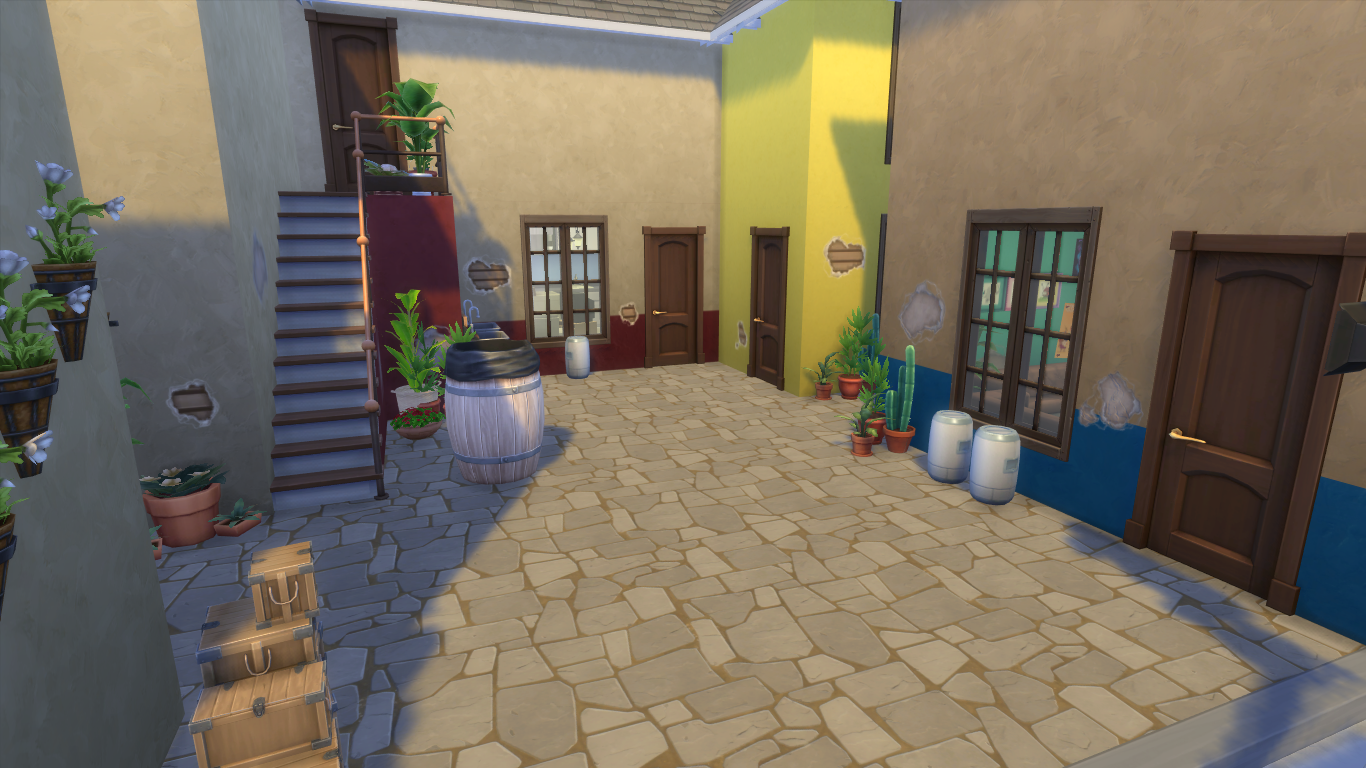 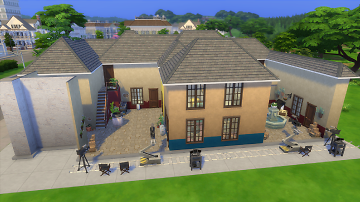 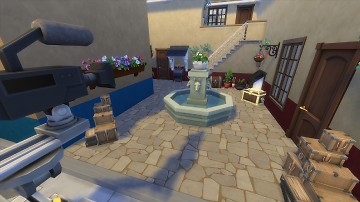 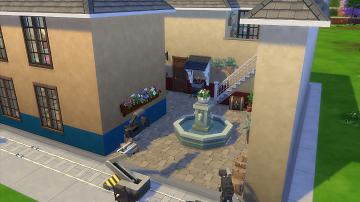 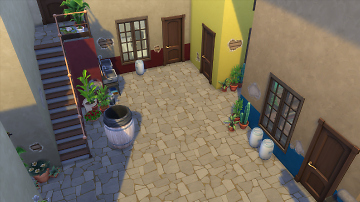 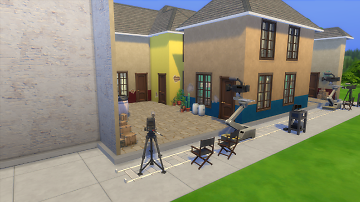 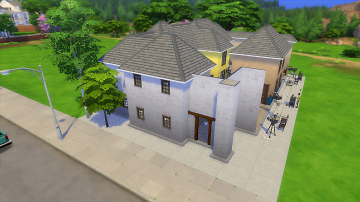 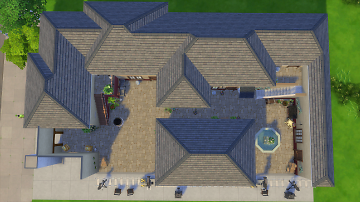 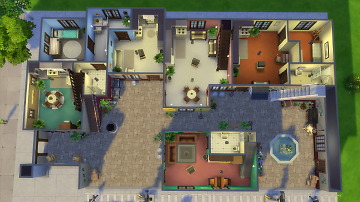 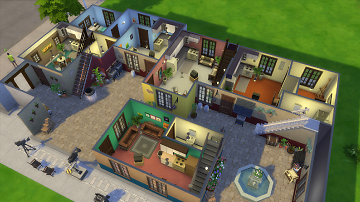 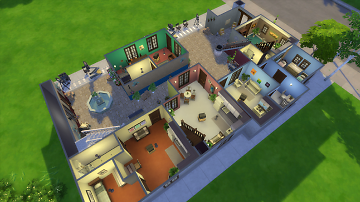 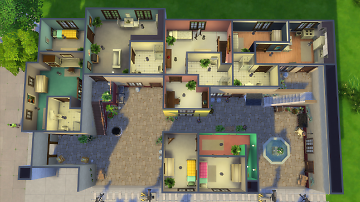 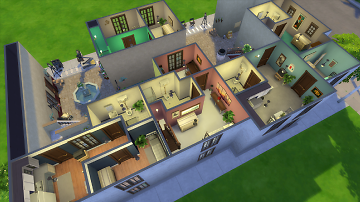 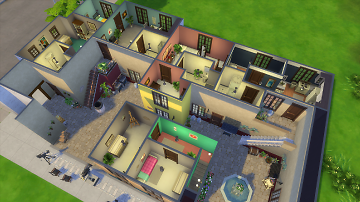 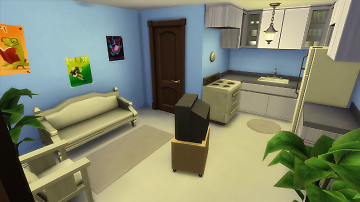 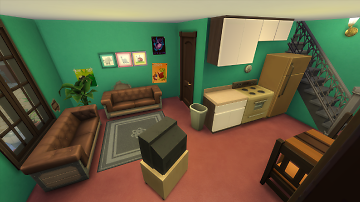 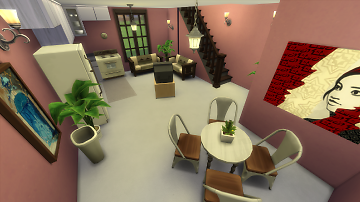 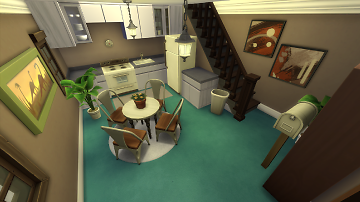 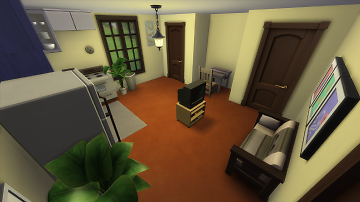 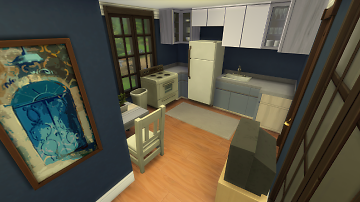 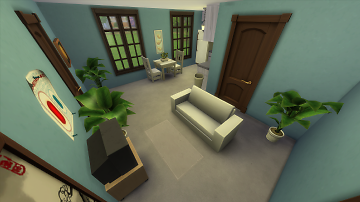 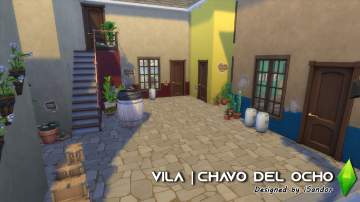 I'm here today with something different. I've searched at MTS and didn't find something similar. I assume a lot of you guys know or have watched the mexican TV series called "El chavo del ocho" (I'm from Brazil and the show is still running nowdays). If you haven't, is a comedy TV show about this guy that lives in a barrel and a lot of other fun characters.

Anyway. This build is the village where the show takes place. There were a lot of different scenarios used through the years, and I chosed the one I felt more familiar with (talking about colours and outside decoration). Also, some stuff I created to make the lot playable (as some upstairs rooms that doesn't appear in the show).

So, the different type of lot I'm purposing today is a scenario for those who have already acquired "Get famous" expansion pack. It can be used as scenario for your series, movies or propagandas.

But it's also fully functional as a residencial lot. In this case, there are seven houses, where five of them can household 1 Sim and the other two can household 2 Sims.

I hope you guys like it, it was funny do build it.

Here is the view from the lot as a scenario and the first patio as a residencial village: 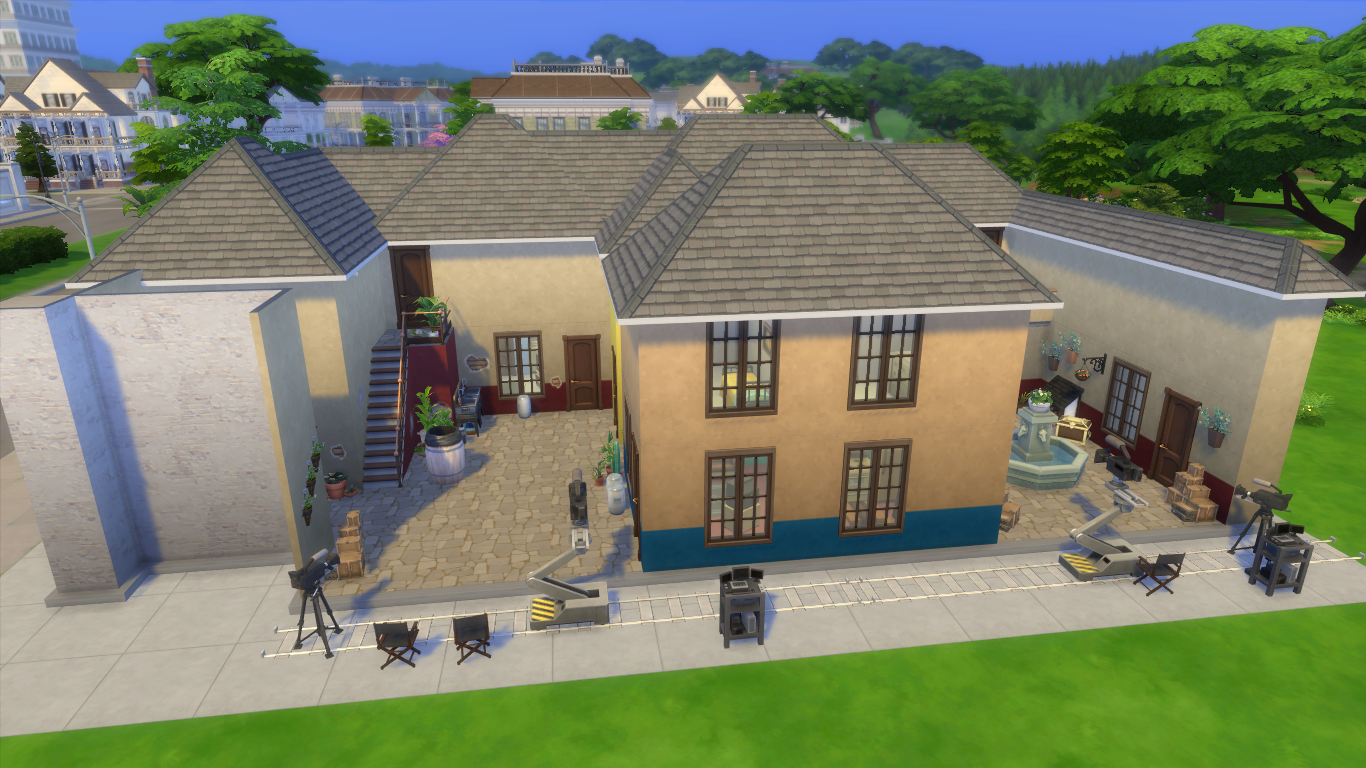 The floorplan of the first and second floors: 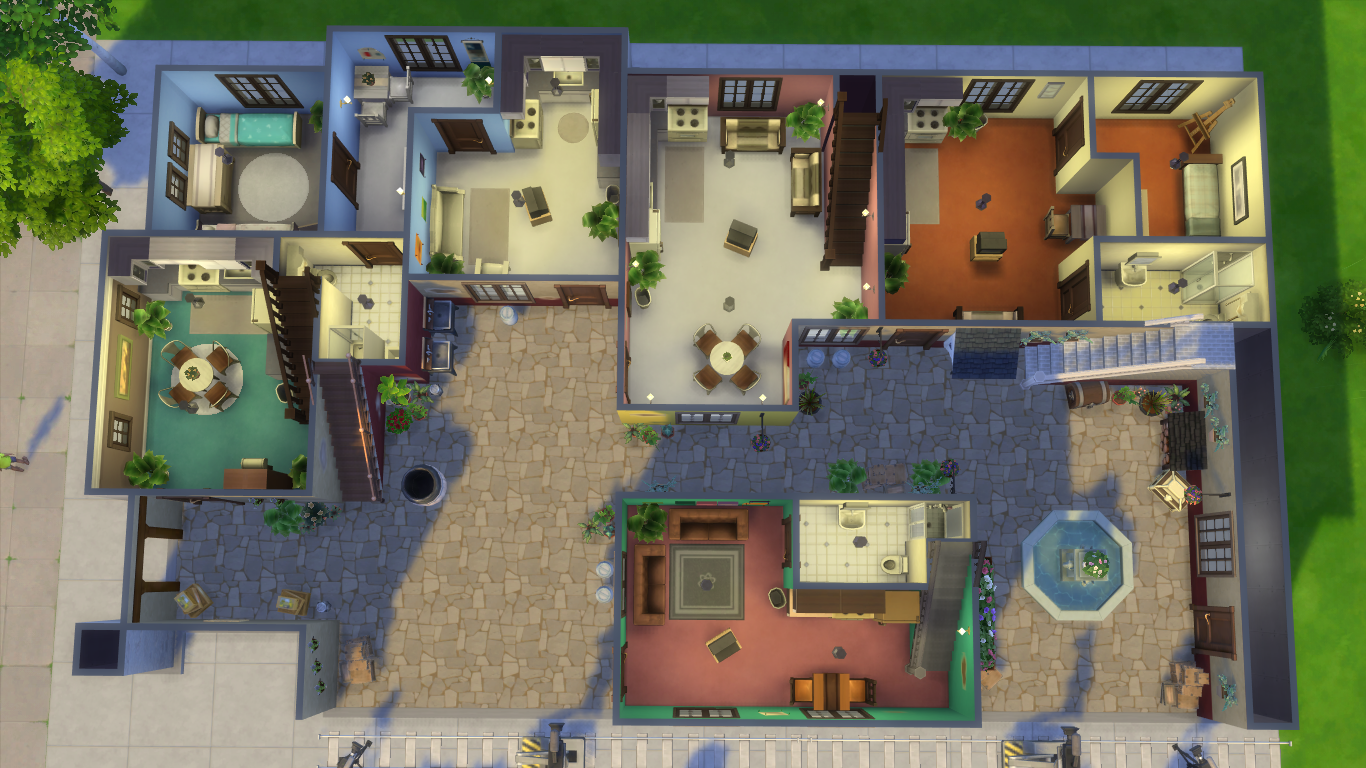 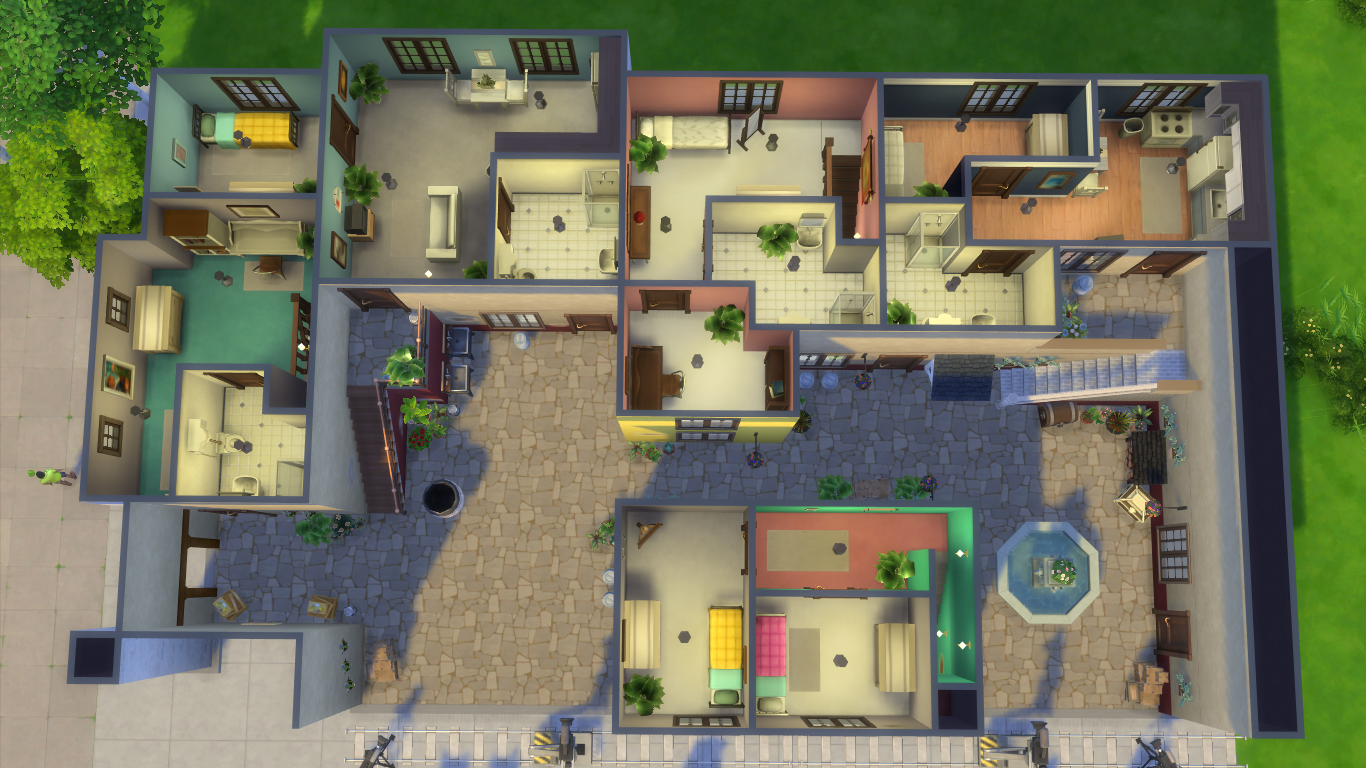 Here is a picture of the real scenario:

P.S.: I haven't uploaded pictures of the bedrooms and bathrooms from the houses because they're all the same... but you can see them in the gallery images!