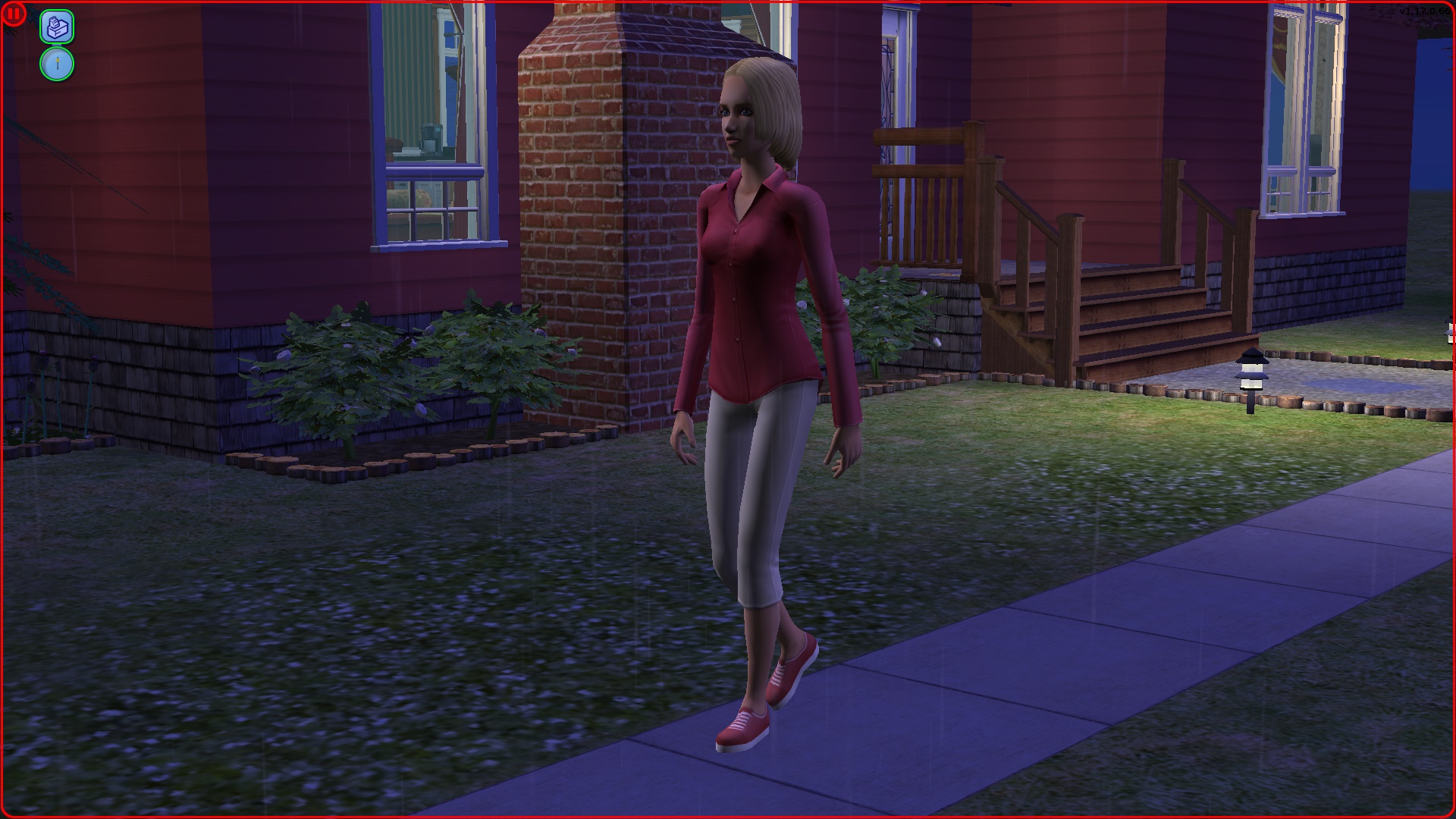 Created by simler90 View Policy / About Me View Downloads Home

Walk to Lot Mod: Every car in the Sims 2 has an effect on the sim's motives when the sim gets into the car to drive to a community lot, back home, to school or to work. The more expensive cars have a higher positive effect, while cheaper ones barely affect the sim's motives. Walk to Lot is actually a car itself which is cloned from Yomoshoto Evasion, and added by Bon Voyage. So, it also affects sims' motives whenever they initiate the interaction just like normal cars. I dislike the fact that walking increases motives. It makes cars much less relevant. This mod prevents the game from increasing your sim's motives when they walk to another lot/school/work. This effectively makes cars much more relevant, because you will definitely want to travel to community lots/school/work in an expensive car as your sims' motives will be increased much more, giving them a better boost at work/school, and making them arrive home or on community lots in a better mood.
Advanced Version: The Advanced Version is the same as the regular version, but has one additional feature. Whenever sims travel from one lot to another by using the Walk to Lot interaction, the game decreases your sims' Energy, Comfort and Hygiene motives depending on the distance between the two lots. Witches are unaffected, because they can fly. The effect is at its highest if the lots are in different neighbourhoods. The effect is increased the lower the sims' Body skill is. If the sim is a Servo, then only their Power motive is lowered, and other motives are not affected, and Body skill doesn't matter. If the sim is a Plantsim, then the sim's Sunshine and Water motives are lowered. Sunshine is only lowered if the sim is travelling at nighttime, and Body skill doesn't matter while determining the effect on the Sunshine motive, but it does matter when determining the effect on the Water motive. This version makes vehicles and/or Body skill very relevant. You may also want to combine this mod with my Walk to School/Work Mod, especially the Advanced or Special Version of that mod.
Advanced Version-UPDATE1: Plantsims do not have their Water motive decreased if they are travelling while it is raining. Vampire motives are completely unaffected while travelling at night. Active werewolves' motives are affected less. Before this update sims who walked to a lot within 25 neighbourhood tiles were unaffected, but now their motives will be decreased a little, too.
Advanced Version-UPDATE2: Fixed an error that prevented the game from checking to see if the sim was a vampire.
Advanced Version-UPDATE3: Bigfoot is completely unaffected now.
Advanced Version-UPDATE4: Zombies are completely unaffected now, and vampires are affected more if they are travelling at daytime.
Resources:
Tuning - Motives - CommLot/0x7F99B257/0x00001004
Tuning - Motives - School/0x7F99B257/0x00001003
Tuning - Motives - Work/0x7F99B257/0x00001002
Date Score Tuning Values/0x7F99B257/0x00001000

Lot Transition OFB Motives Fix: This mod fixes a very annoying issue which causes the motives of sims who travel to an OFB community lot owned by their family to be reset. So, if your sim's motives are all very low, when they travel to their OFB lot, they will be almost all green. This is an oversight by Maxis, and this mod fixes that. This mod was called Walk to Lot OFB Motives Fix initially, but I've changed its name to Lot Transition OFB Motives Fix, because the glitch occurs even if the sim travels by car.
Resources: Interaction - Go Home/0x7F0136DC/0x00002017

Lot Transition Dump Shopping Stuff Mod: Whenever sims arrive home in any way, if they have a market basket in their inventory, they attempt to automatically stock the fridge. This mod prevents this behaviour.
Resources: Interaction - Dump Shopping Stuff/0x7F7BD09B/0x00001008

Car Drive Leave Fix: There is an issue in the game mostly related to taxis. When a taxi arrives on a lot at 11pm, if they can't leave because there is another car blocking their way, the game makes the taxi wait until the next hour and then teleports the vehicle if it still can't drive away. However, the game checks to see if the next hour is greater than the arrival hour of the taxi, and finds that 0 is lower than 23, and the taxi then gets stuck and becomes unable to leave as long as the route remains blocked. This is especially an issue if you have my Visitor Arrivals Mod - Taxi Version, so you should definitely get this fix if you have that mod.
Resources:
Drive - Drive Leave/0x7F4EA230/0x0000201C
Drive - Drive Leave - No Remove/0x7F4EA230/0x00002025

You need the latest version of 7zip or WinRAR to get these mods.

Requirements: Bon Voyage or later. Apartment Life is required for the Advanced Version.