Be mean to your loved ones! 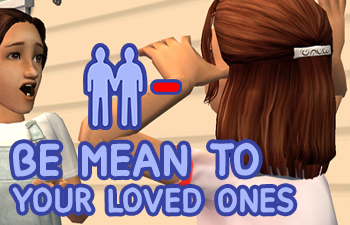 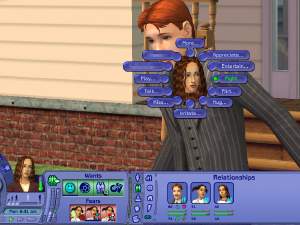 meaninteractions_thumbnail.png - width=350 height=225
Be Mean to Your Loved Ones. A child sim makes faces at her sister.

meaninteractions_illustration.png - width=800 height=600
An image showing a sim looking at the &#039;Fight Option&#039;. The relationships tab is open, showing that she has a positive short term and long term relationship with the selected sim.

1,925 Downloads 84 Thanks  Thanks 27 Favourited 8,696 Views
There is an update available for this mod! Last downloaded: , creator last updated:

Created by nnie View Policy / About Me View all Downloads  Tumblr 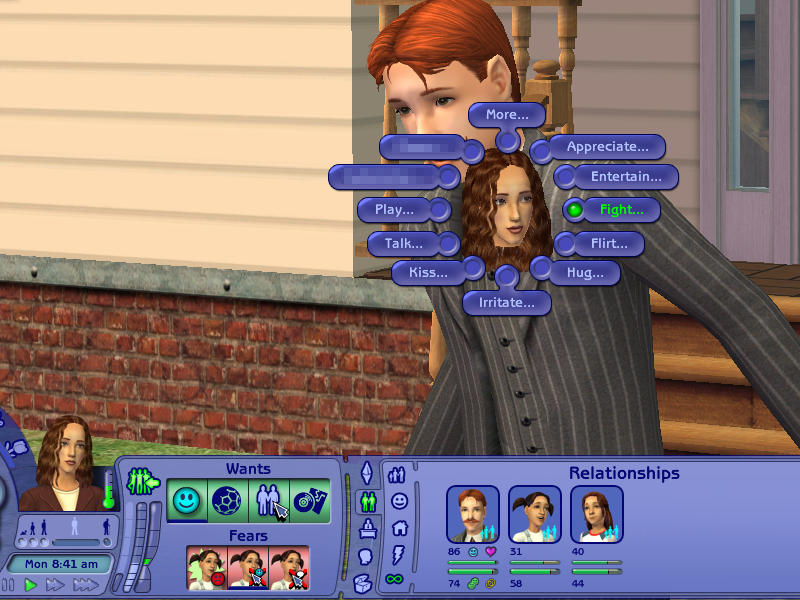 Sims can now be directed to irritate or even fight eachother no matter their relationship.

All other conditions remain intact, adults can't fight children, a sim still needs to be in a bad mood to nag someone else, and so on and so forth.

This mod shouldn't change the sims autonomous behaviour, but further testing is needed to fully confirm that it doesn't.
EDIT 09.01: Some people are reporting seeing more autonomous fights. We're investigating to see what's causing it. If you'd like to help, please see this thread - https://modthesims.info/m/showthrea...129#post5703129

This mod was made using the Ultimate Collection, but should work with any combination of packs, as well as base game only.

The enabled interactions are listed below.

Other mods that change the guardian behaviours of these interactions, such as Kestrellyn's Fight While Pregnant will conflict with this mod.

Additional Credits:
This mod was co-created by my non-simmer girlfriend, Skye, and would've been a headache without her. Additional thanks to the creators of simPE, the tutorials on BHAV editing found here on modthesims and EddySims on Tumblr's HQ Icon Pack, which was used in the thumbnail.
Other Information