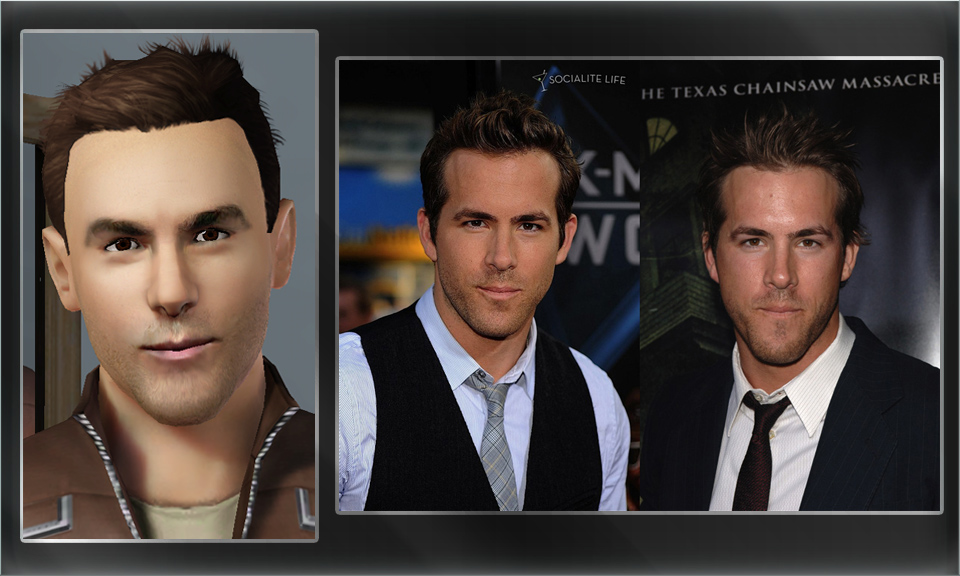 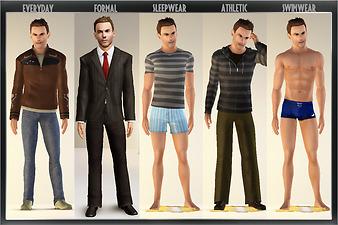 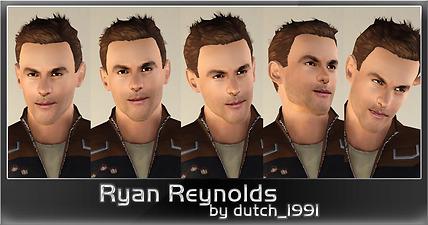 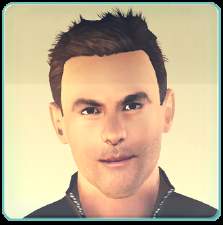 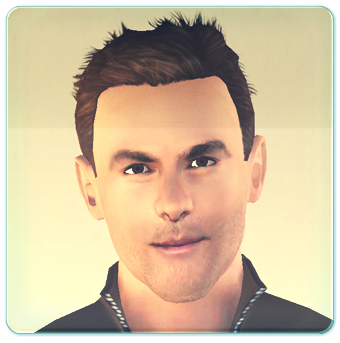 This is my second sim. I actually started on this one before Christian Bale. Just uploaded the other one first. Ryan Reynolds is currently my favorite actor so it was fun trying to create him. I hope you guys will have fun trying to enjoy him in your game too. Haha. 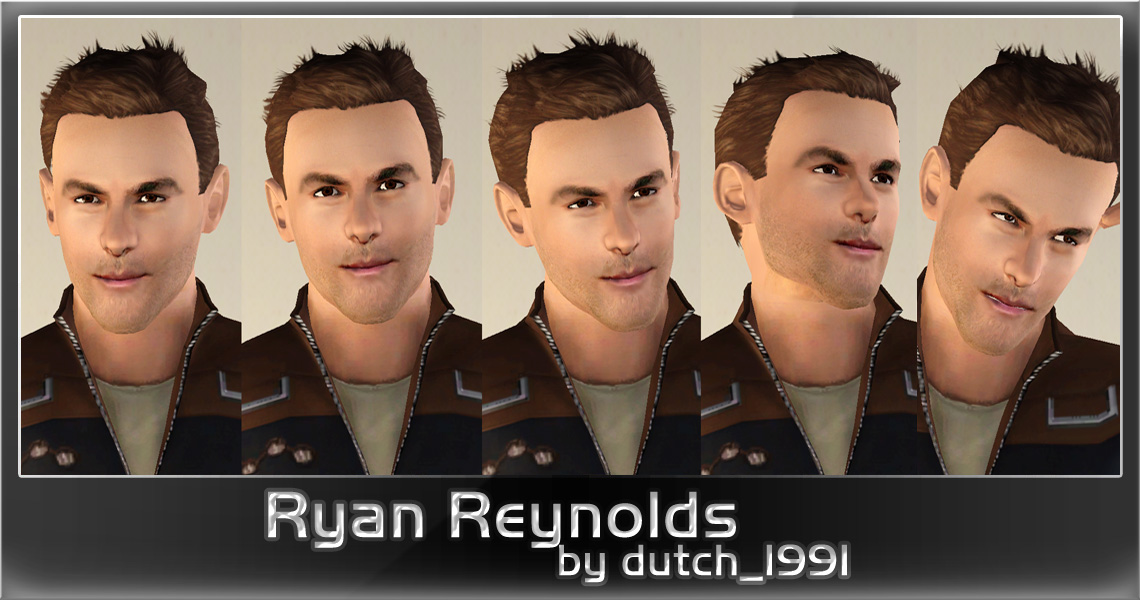 Favorite Color: Blue (Though he stated in one of his interviews that his favorite color is woman. Haha.)

Ryan Rodney Reynolds (born October 23, 1976) is a Canadian television and film actor. He is best known for his roles in comedy and romantic films such as Just Friends, Definitely Maybe, and The Proposal, as well as recent action roles of comic characters Deadpool and Green Lantern. He is one good-looking hunk who is able to charm just about any lady sim out there. Misters, beware Ryan's awesome Green Lantern's light!

His wardrobe is fully EA's originals with some recoloring. No custom contents used. Here are screenshots of his everyday, formal, sleepwear, athletic and swimwear outfits: 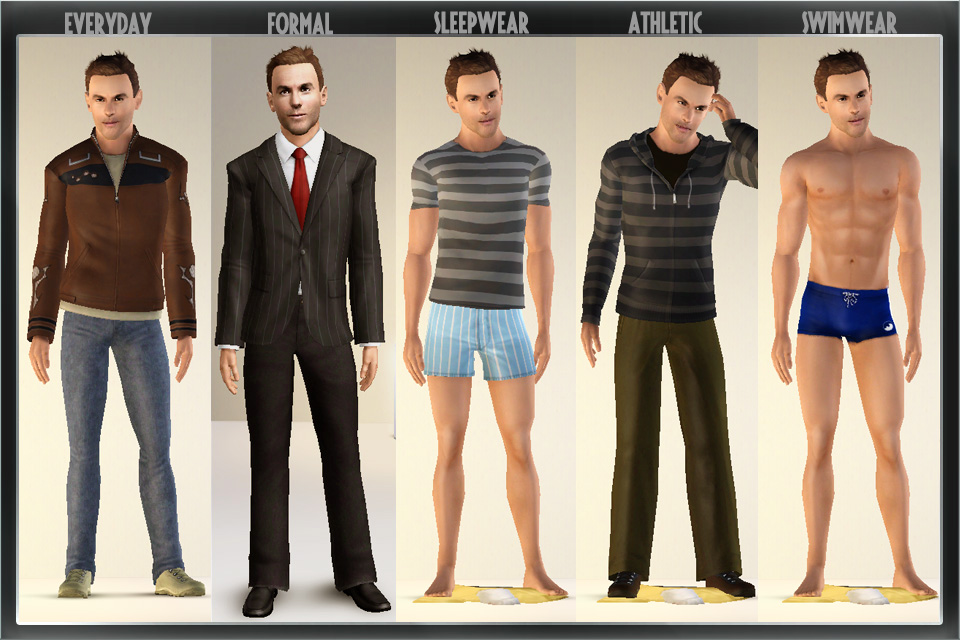 The costume face mask was created by me, with two recolorable channels so you can sort of play around with it, or apply it to another sim or something.

Custom Content by Me:
- Costume face mask for Ryan Reynolds

Sliders that determined his looks (don't modify his face or body unless you have some kind of sliders or his look will be messed up):
AwesomeMod
jonha's sliders
bella3lek4's sliders
Other Information