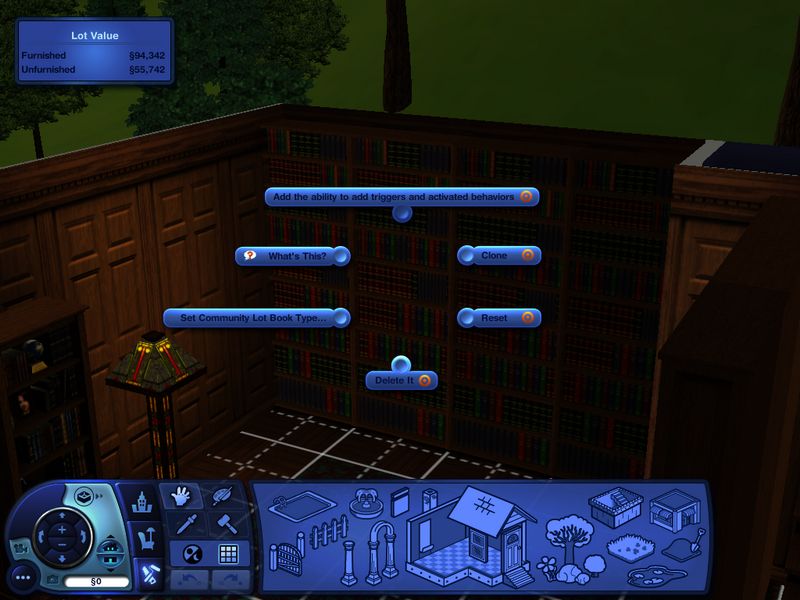 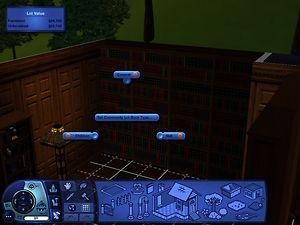 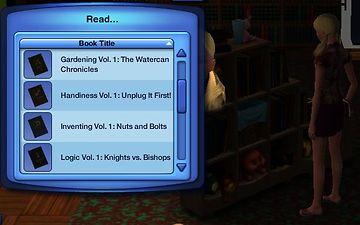 Are you tired of placing "The Book Corral" just to get skill books in your library? You want to devote a section of your library to the little ones, but the "Classicly Tasteful Literature Shelving" won't match?

Fear no more! This mod will add a new interaction ("Set Community Lot Book Type") to all community lot bookshelves. With this, you will be able to change the type of books in the bookshelf.

Notes:
You won't see this interaction in Live Mode. It is restricted to Build/Buy Mode, so you'll need to Ctrl+Shift click on the bookshelf. The interaction is translated to English, Spanish, Mexican Spanish, French, Brazilian Portuguese, Portuguese, Swedish, and German. If you want to help me translate, feel free to PM me.

Unfortunately, bookshelves won't retain their settings if shared or added to the Lot Bin.

This is a scripting mod. It doesn't replace anything and won't conflict with other mods. It was compiled against patch version 1.50, but works with the 1.55 and 1.57 patch version.

AnnaIME and Blue Horse for their Swedish and German translations, respectively.
Other Information