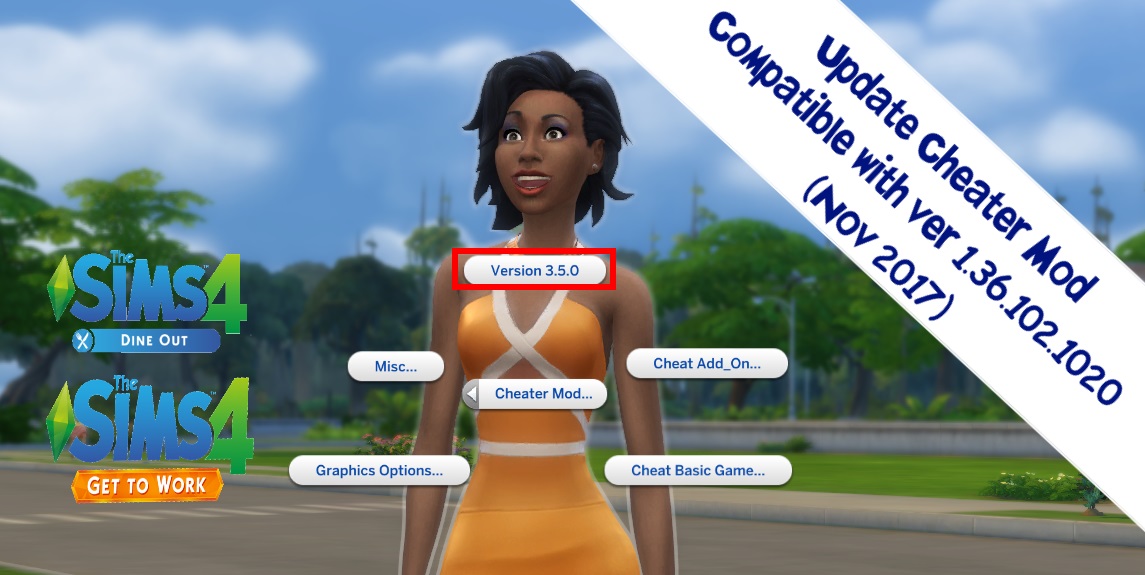 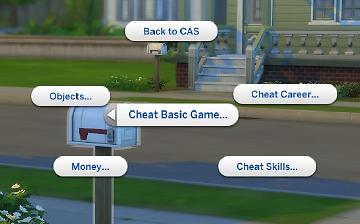 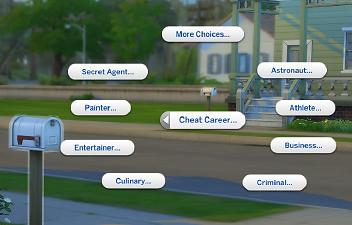 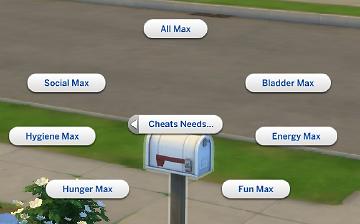 If like me, you don't want to write code in the cheats console, here is version 3 of the Cheater mod.

This mod still in development (WIP) will allow you from another to hide and review the Plumbob, to have money (Motherlode, Rosebud and add 2500$) and can activate and desactivate the cheat code (testingCheats true)

Description:
This version fixes a problem on careers. When you were specialized, you can not downgrade to the common branch without being fired. (Pb in the game design for me). This is now fixed. You can go from level 10 to level 1 without problem.
This version also brings a level careers upgrade when you resume a career that you have abandoned or left.

How does it work: Simply click on the sims and choose Cheater Mod.
For this version, here is a tutorial video in English because the relationship menu is not very simple to understand. Especially for loop outputs : English Tutorial Cheater Mod 3.2.1 - Relationship in video
Sorry if the translation is not accurate. Tell me that I correct terms because it's my first tutorial in English.
You have the same in the French version : French Tutorial Cheater Mod 3.2.1 - Relationship in video

How was it made? : With the tutorial of Scumbumbo, which works perfectly by following it to the letter.

Mod composition : STBL for Languages, XML for input buttons and a data file for the "engine" of the mod. All the files were encoded with high hashing (performed by S4PE) to avoid any conflict in the game. 2 Scripts (Injector and the Scumbumbo script) on which I add the entries of the cheatcode and recompiled.

How to install : Delete the previous version of the package and the script. Simply unzip Cheater_Mod_v3_5_0.zip (the package) and Put Cheater_Script_v3_5_0.zip file (without unzipping) in your Mods folder. (You need the two files : One package and one zip file). To be sure that you have enable the Script and mods in your options game.

This mods was realised with version of the get together and get to work : 1.36.102.1020. It was tested in 4 languages and no error or crash was found.

Known Issues
I waiting your feedback

I hope you will be happy.

thanks :
S4PE Team, Scumbumbo (For his tutorial and for its agreement to use some of the code from his mod: Career Change Branch v3. This mod would not have been possible without him), All translaters and the French beta testers : Solledade, Lorraine54, MiskyBat, Moskybat, Linette and Isisaur.
Version 3.5.0 :
With the last update 1.36.102.1020 (for the new extension : Cats and Dogs), the mod was completly broken. It didn't appear on the game.
This Week-End, I worked to watch what was the problem. The mod has been tested this Sunday by the french beta testers. You can now donwload the mod. (Tell me if you see an anomaly that I look at where is the bug).
Installation is as with older version : unzip the mod (package) your Mods folder and paste the script without unzip in the same folder. (Otherwise you will only see the button and it will not work.)
Remember to remove the script and the mod from the previous version.

I hope this will help you in the pleasure of not having to type these cheats code.

Version 2.01 : Translation in Chinese (China and Taiwan), Russian - Other language always in English

Need more information?
Back to download view
217 Comments / Replies (Who?)