Yet another townie name replacement mod! 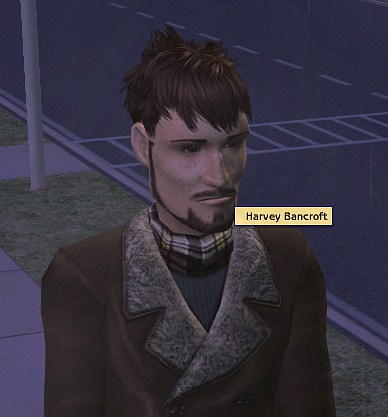 3,498 Downloads 94 Thanks  Thanks 20 Favourited 17,165 Views
Created by simsfreq
View Policy / About Me View all Downloads
Uploaded: 9th Sep 2015 at 11:17 PM
I have hated the default townie name selection pretty much for ever, so I finally got around to making my own.

Names are taken from various sources, but the largest by far was my own facebook friends list. So, friends and family, prepare to be immortalised! But no, in fact I did this in order to gather a *realistic* cross section of names that I could recognise. It contains the common, typically English names like David and Sarah, a host of shorter nicknames (Tom, Betty, Mandi), some which originate from other countries - mostly European ones as that is where my friends are from (Heide, Emy) and some which are just unusual. Then I supplemented this list with baby name lists, choosing names I liked, and a list of common names. Some are duplicated if they were really common, but I didn't duplicate anything more than twice because I didn't want it to dominate.

Surnames come partly from my real life/facebook friends and partly from this list: http://surname.sofeminine.co.uk/w/s...n-great-britain

Instructions/FAQs
Choose either the Unusual or the Nice version (they are the same but the Nice one is weighted so that unusual names show up less frequently), unzip and place in your downloads folder. Don't rename the Live.package or it won't work. Placing in a subfolder is fine.

Note: This is not compatible with any other name replacement mod. If you're not sure whether you already have one, do a file search for Live.package. You can't have two in at once, only one will work.

What is the difference between the two versions?

When I first tested the mod there were too many unusual names for my taste, so I adjusted it by duplicating the more common names, hence making the unusual names harder to come across. Then I decided to upload both in case somebody wanted the weirder version.


You must choose ONE. If you put both in your downloads folder one will overwrite the other anyway, if you rename it it won't work. They both have the same set of names, anyway, it's just that the ratios are different.

What about those Easter eggs you mentioned?

Well... it is theoretically possible to end up with a sim who might sport a name belonging to a book or TV character (I didn't use any massively unusual names, so it won't look out of place) - and I also worked in some "pun" names. Think along the lines of "Justin Time". I'd be tickled to hear about it if you get any generated!

Additional Credits:
Thanks to this wonderful tutorial and the Name2SimPE tool which made the process soo much easier.
http://modthesims.info/t/518283
Other Information

At the moment everything I have uploaded here uses a mesh or some other base from another creator. If you use my textures to make recolours please don't forget to credit the original creators!

I love to hear what people have done with my items - if you create a lot or story with my stuff it would be nice to get a comment with a link. It's not required but it is appreciated.

I don't take requests due to time constraints but I may possibly consider suggestions.