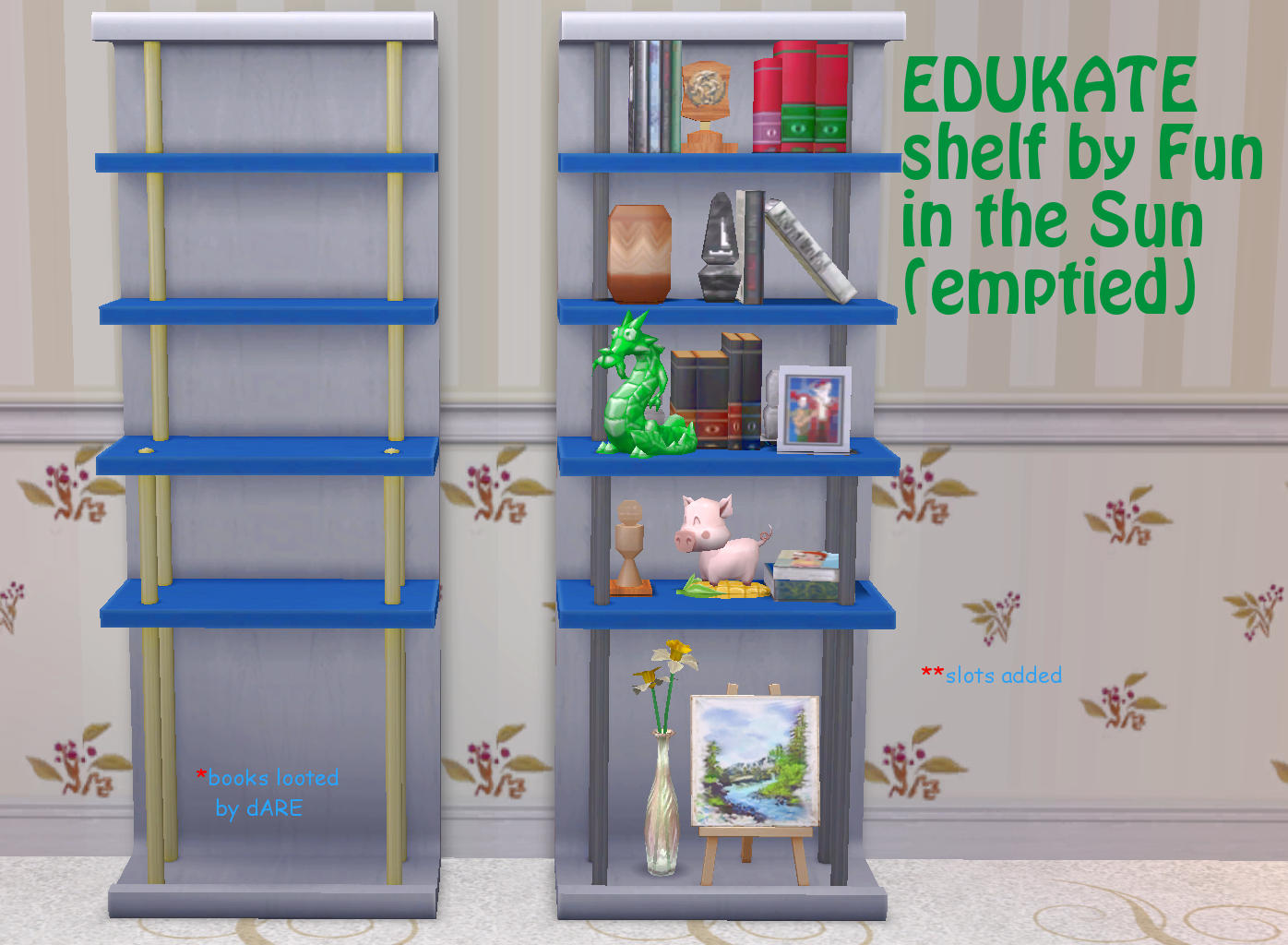 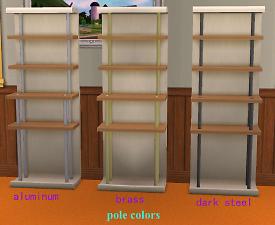 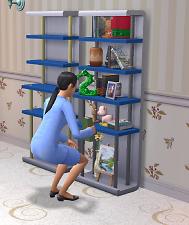 64 Thanks  Thanks     4 Favourited
This is a new mesh, and means that it's a brand new self contained object that usually does not require a specific Expansion pack (although this is possible depending on the type). It may have Recolours hosted on MTS - check below the description for more information.
I really like this bookshelf and use it quite a lot when playing Sims 2. BUT, to be honest, I never have cared too much for the books and deco it comes with. This version has the books removed, but the shelves left as is so I could redecorate the shelf to better fit my Sims' styles. The bookcase interactions still remain, so you can still use them to read, study, or write in diary. 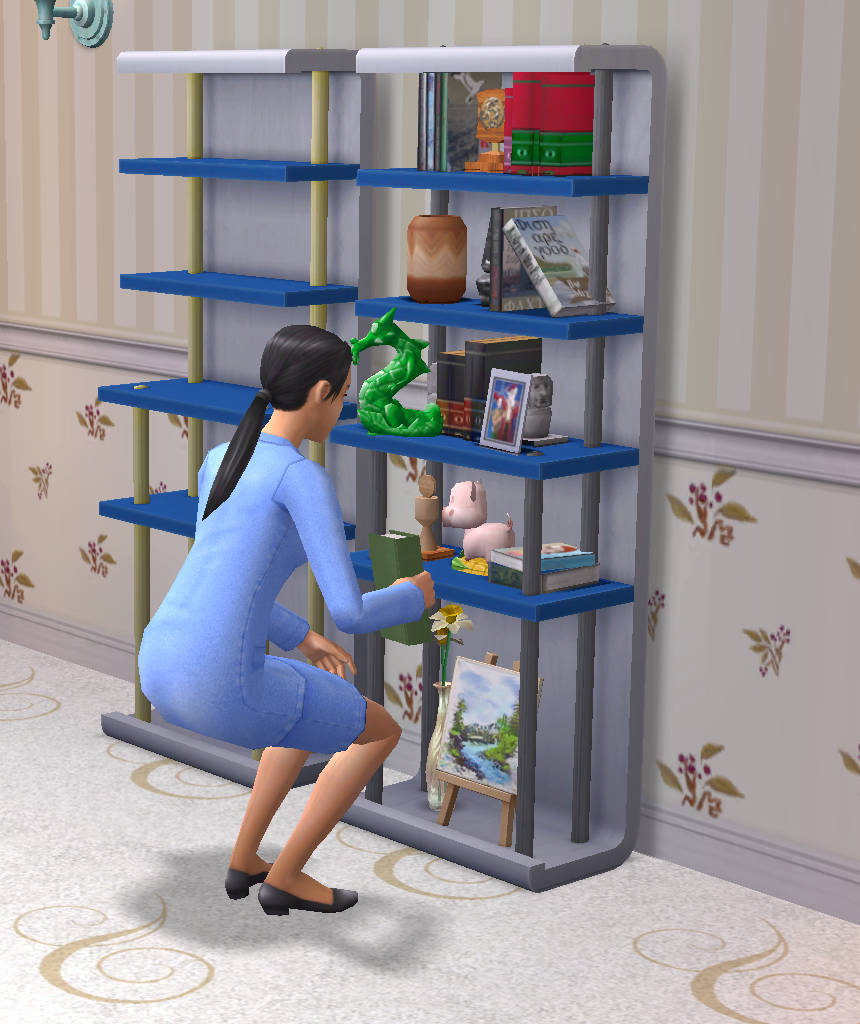 There are two versions of this shelf. Only download one of them, according to your game setup, because they both have the same GUID and will conflict with each other. The only difference between the two is that the one labeled [pre-FT] has only the interactions from the basegame (can't choose type of book to read, only study cleaning, cooking, and mechanical). I included it just in case someone had the Teen Style Stuff Pack but not the FreeTime EP or a later EP. Most, if not all, will not need it. I didn't bother making a version without pet interactions, because I'm assuming that most people who have TSS will also have PETS or a later EP. If anyone needs a pre-PETs version, just let me know in the comments, and I'll shoot you a fix.


I replaced the removed book meshes with deco slots, where a player can place other books, or clutter, or flowers, or... even put back the same books (if you get my EDUKATE booksets ). The thing I did different with the slots here, is placing them at the origin points of the book meshes I removed instead of spacing them evenly or in some logical configuration. This way, If someone (ME) wanted to keep one or two of the booksets where they were, and then mix & match with other deco (I'm just pretending to be generous and thoughtful - it was me that wanted this.). 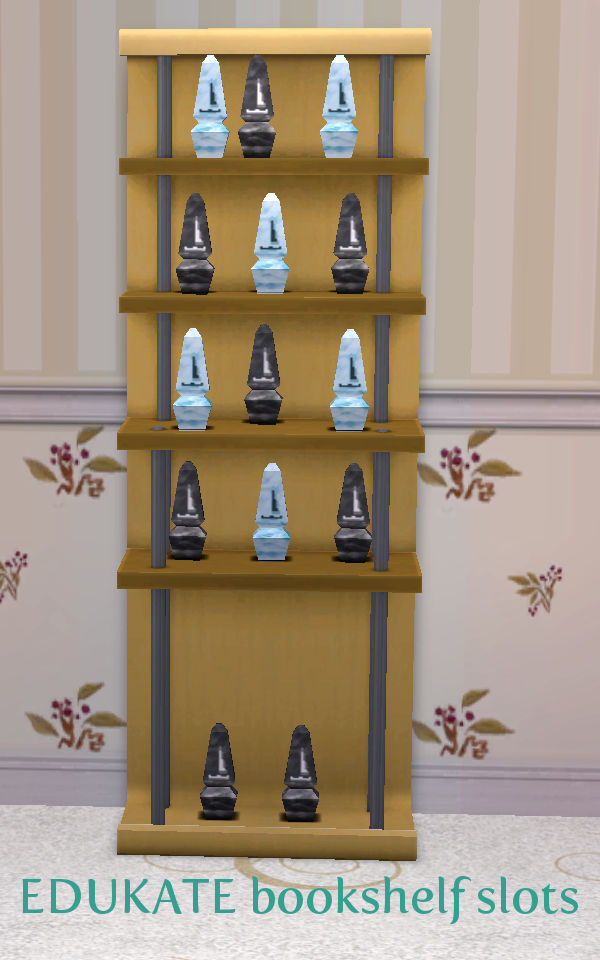 The other change to this shelf is the addition of a second recolorable subset - this time, the poles. 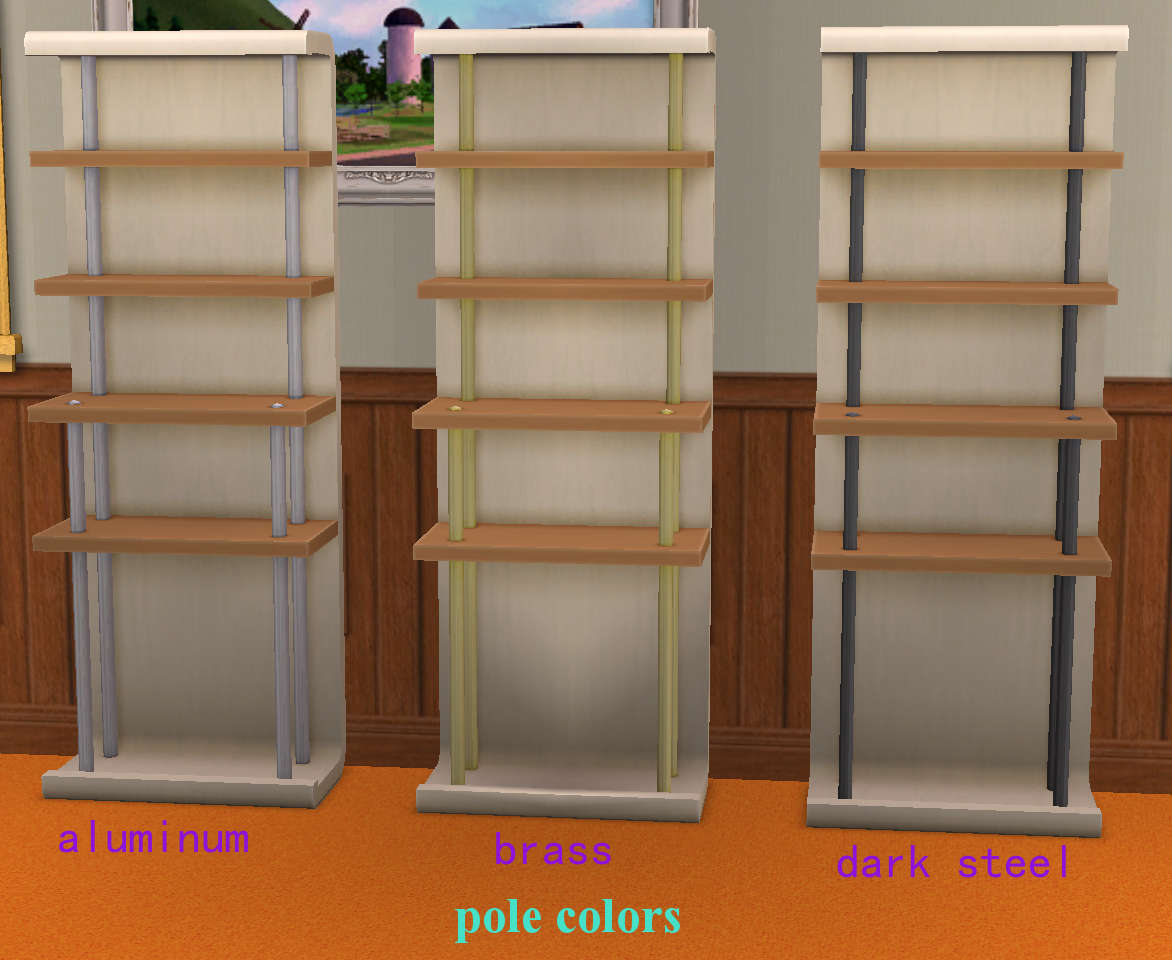 Recolors are included in the package itself for the poles (2 new colors) and the shelves (5 new colors).

All textures are EAxis, with some modification by myself using GIMP

Additional Credits: SimPE - thanks to Quaxi and all the talented people who brought us this crucial tool
Thanks to Numenor and RGiles for the CEP Thanks to Delphy and all the great folks here at MTS