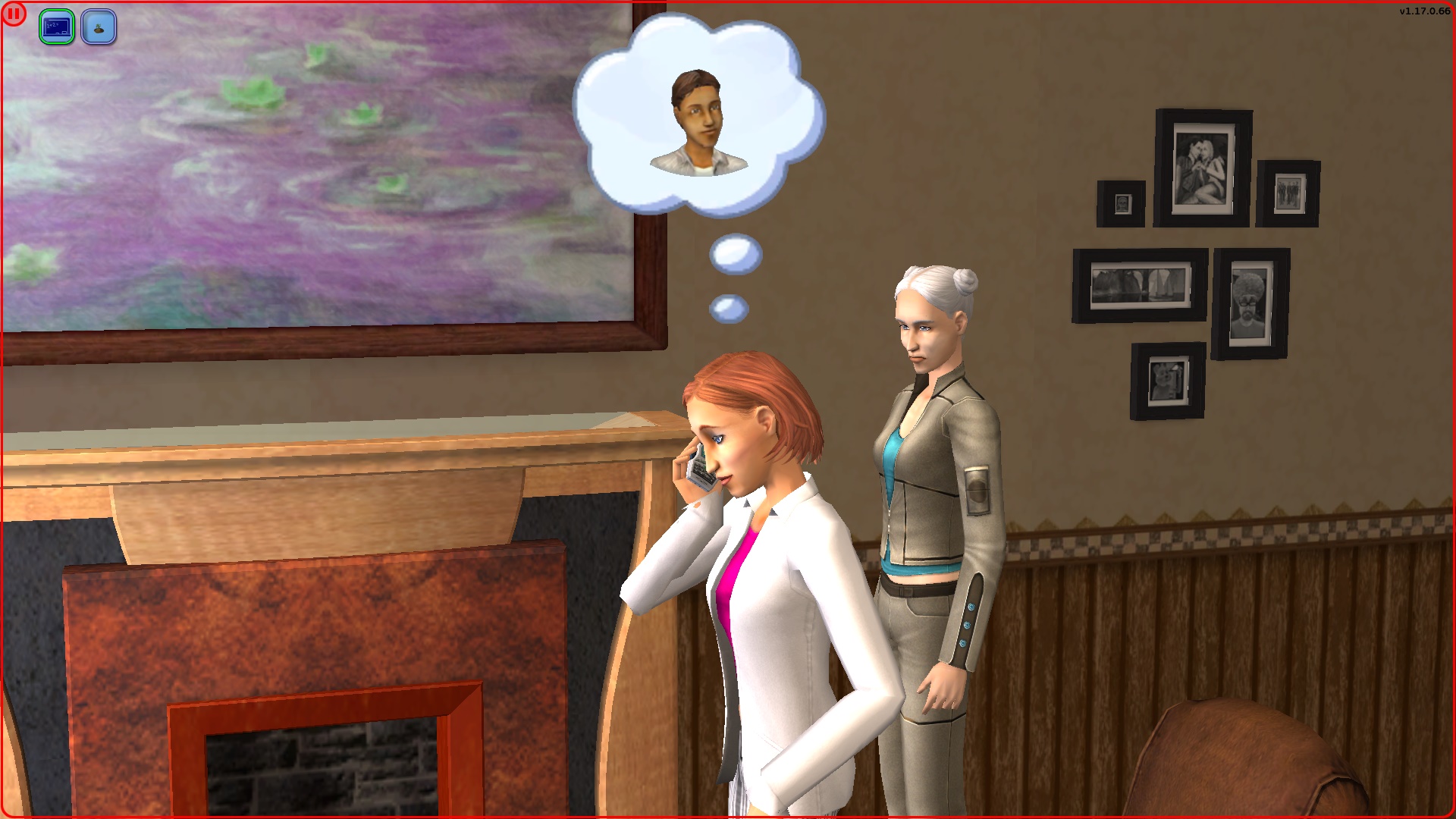 Created by simler90
View Policy / About Me View all Downloads
Uploaded: 14th Aug 2018 at 12:47 PM
Updated: Yesterday at 6:42 AM
Phone Random Calls Fix: There are two types of random calls in the Sims 2. The first one is the regular base-game random call, and the second one is the Downtownie call introduced in Nightlife. The Downtownie random call is properly coded, and the game picks a random sim to call you to talk, ask you out to an outing or date. However, the regular base-game random call is flawed. Whenever the game wants to generate a random call, there is a 50% chance it will generate a Downtownie call, and a 50% chance a regular random call. When the game generates a regular random call, it picks a sim in your household and then scans the neighbourhood to find every sim that your sim has met. After this, it checks to see if the sim has a familial relationship with your sim, if so it adds that sim to the list of potential callers. If the sim does not have a familial relationship, then the game checks to see if the sim has 15 or more STR towards your sim, and if so the sim is added to the list. The problem is that after the game is finished adding all the sims to the list, it goes and picks the sim with the highest neighbor ID. In other words, it always picks the last scanned sim to call your sim. This is why, if your sim has had a burglar visit, the burglar keeps calling you forever. If your sim has met a delivery person, that delivery person keeps calling you, and no one else will ever call you. This is so stupid. I very recently realized how flawed random calls were in the game, so I made this mod. This mod fixes all of these problems. The game now properly picks a random sim (either with familial relationship to your sim or STR of 15 or higher towards your sim). So now, you can get calls from family-related sims who live on other lots, or you can get calls from friends and so on.
UPDATE 1: There were certain situations under which children could be prevented from calling other children in your family. This has been fixed. Also, when the game determines whether the potential caller has 15 or higher STR towards your sim, the game now checks the attracted STR. In an unmodded game, the game doesn't take chemistry into account.
UPDATE 2: The game now also considers the attracted STR when the game generates a date/outing call.
UPDATE 3: This update fixes another Maxis issue which would allow children to call non-children with no familial links in your household. Children are only supposed to be able to call family-related sims or other children.
UPDATE 4: This update fixes yet another mistake that would allow non-children to call children with no familial links.
UPDATE 5: This update prevents children from calling non-children if there is no familial link between them.
Requirements: Nightlife.
Resources:
Random Call - Can this neighbor call?/0x7FD56A2A/0x00001002
Random - Load Sim Array/0x7FD56A2A/0x00001003

Phone Teen Running Fix: Whenever a phone rings, teens have a chance to run to the phone. However, once they start talking on the phone, they don't stop running, which is a Maxis oversight. This mod fixes this and makes teens stop running once they answer the phone.
Resources: Interaction - Answer/0x7FB208FA/0x0000202E

Phone Neighbour Invite Over Rel Mod This mod makes it so that when Sim A calls Sim B to invite them, the game checks Sim B's attracted STR and LTR towards Sim A to determine whether Sim B accepts. In an unmodded game, the game doesn't take chemistry into account.
Resources: Neighbor - Is coming over? + Dialog/0x7FBD3903/0x0000201B

Phone Emergency Run Mod: This mod makes it so that when the player initiates the Call>Service>Emergency interaction, the game will make the sim run to the phone if there is an active fire or a burglar on the lot.
Resources: Interaction - Call/0x7FB208FA/0x00002030

Phone Cell Hotel Room Service Fix: There is a Maxis oversight in the game that makes it so that when a sim orders room service on a hotel lot on a cell phone, the game can't keep track of whether the sim ordered a single or group serving. This mod fixes this glitch.
Resources: Interaction - Call/0x7F42E766/0x00001010

Phone Invite Household Want Fix: When a sim invites a household over, the game doesn't satisfy the sim's "Invite Sim" wants. This mod fixes this. The game will now satisfy such a want as long as the invited household member accepts the invitation.
Resources: Phone - Invite Household Over/0x7FE2205A/0x00001025

Phone Call Snow Day Mod: In an unmodded game, if a sim calls a child/teen whose school has declared a snow day, the game still considers the child/teen at school. This is fixed, so you can talk to them or invite them over and so on. If I recall correctly, each school type rolls for a snow day separately. There are two types of schools in the unmodded game which are Public and Private. So, if a child/teen in a public school on a snow day calls another child/teen in a private school which is not on a snow day, then the called sim will be considered to be at school.
Resources: CT - Is Neighbor at Work/0x7FBE051B/0x0000200E

You need the latest version of 7zip or WinRAR to get this mod.
Other Information