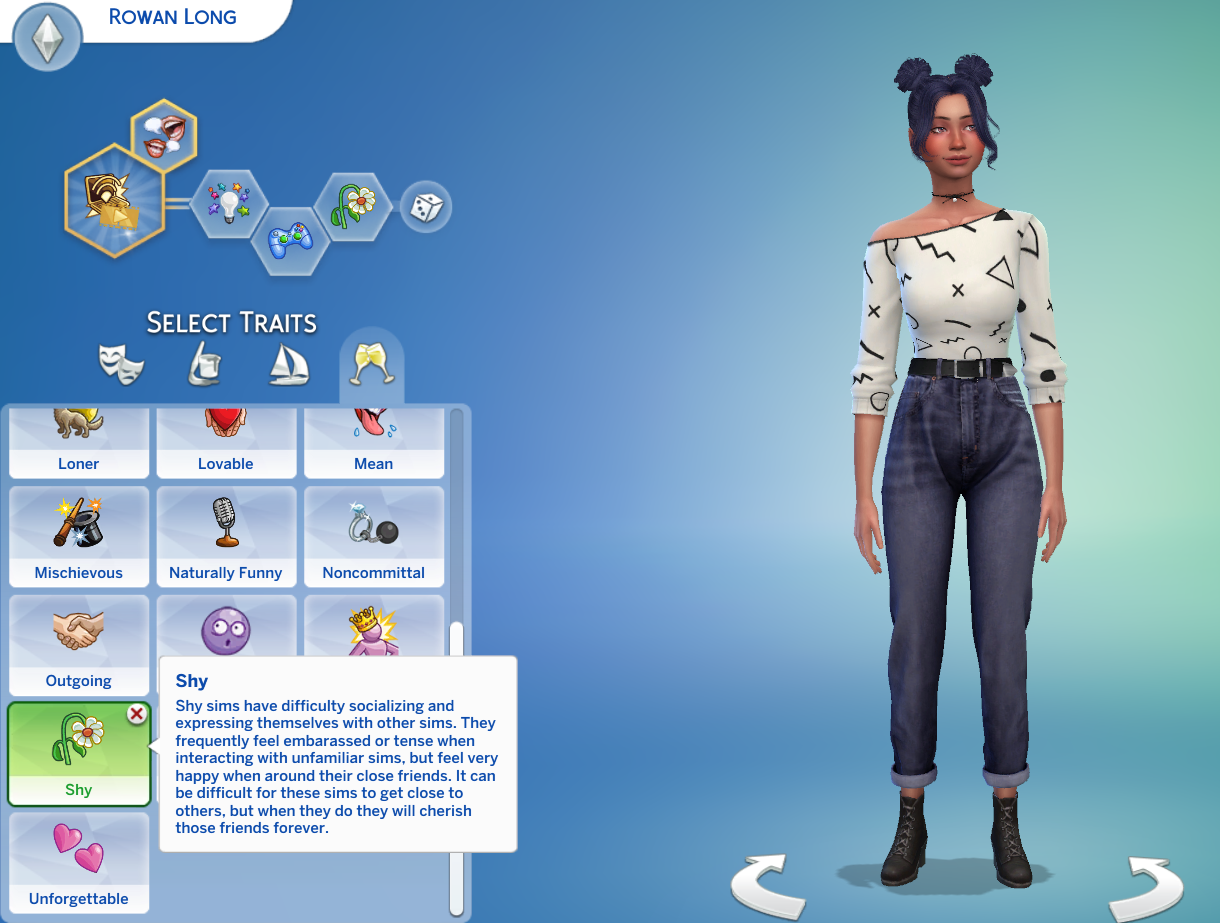 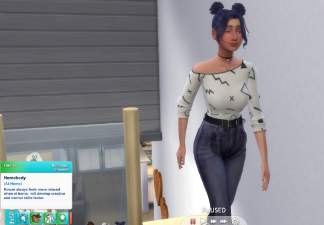 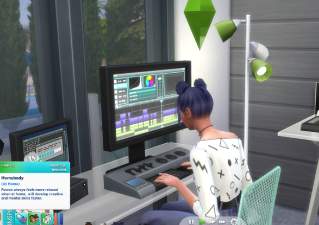 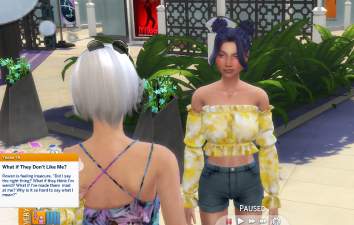 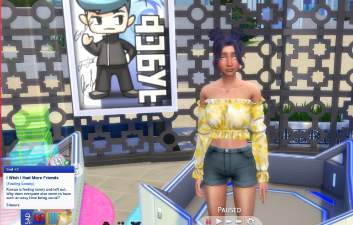 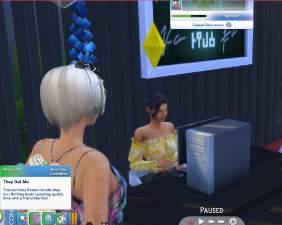 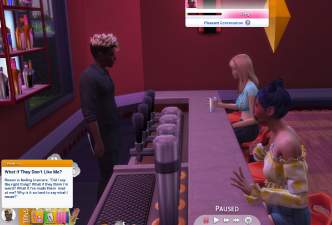 473 Thanks  Thanks     89 Favourited
Shy Trait: Shy sims have difficulty socializing and expressing themselves with other sims. They frequently feel embarrassed or tense when interacting with unfamiliar sims, but feel very happy when around their close friends. It can be difficult for these sims to get close to others, but when they do they will cherish those friends forever. This trait is located in the Social category. This trait was made with Zerbu's Mod Constructor program and I am eternally grateful to them!

Why?
I always got frustrated when trying to create shy sims because the base game loner trait doesn't really mesh with what it's actually like to be shy. For that reason, I decided to try and make my own trait to replicate what it feels like to be shy around other people. I based this trait off of my own experiences with feeling shy, and tried to make the buffs reflect that.
This trait is available for children through elders, and the goal was to create a trait that balanced positive and negative impacts on your sims lives.

One important note!
This is only the second trait I've ever made and the first that I have tried to share. Please let me know if you have any problems with it. I tested it extensively in my game using the better exceptions mod, but it is completely possible that I missed something!

What does it do?
This trait uses the loner autonomous actions and combines that with a series of buffs depending on proximity, location, and embarrassment. Shy sims will also see a slightly slower decay of their social need.

Buffs:
1. Homebody: {0.SimFullName} always feels more relaxed when at home. {0.SimFullName} will develop creative and mental skills faster. Sims will receive the homebody trait while on their home lot for a +2 fine buff and 1.5x skill building for all mental and creative skills.

2. What if I make a mistake? {0.SimFirstName} is worried about making a mistake at work. Do they risk speaking up to share their ideas, or just stay quiet and let someone else lead? Sims will have a chance of receiving this +2 tense buff while at work.

3. I can't believe I just did that! {0.SimFirstName} was just caught doing something inappropriate! Time to hide under the covers and pretend that never happened! Sims receive this +4 embarrassed buff for inappropriate behavior.

4. Why would I say that?! {0.SimFirstName} can't believe they just said that! How embarrassing! Time to hide out and hope everyone forgets about it. Sims will receive this +2 embarrassed buff if they are in an awkward conversation.

5. I wish I had more friends. {0.SimFirstName} is feeling lonely and left out. Why does everyone else seem to have such an easy time being social? Sims will occasionally get this +3 sad buff.

6. What if they don't like me? {0.SimFirstName} is feeling insecure. "Did I say the right thing? What if they think I'm weird? What if I've made them mad at me? Why is it so hard to say what I mean?" Sims receive this +5 tense buff when around any sims with a relationship below 40. They will also experience slower relationship gain with this buff active.

7. They get me. This sim likes {0.SimFirstName} for who they are. Nothing beats spending quality time with a friend like this! Sims receive this +5 happy buff when around good and best friends (relationship of 60 or higher).

Additional Credits:
Again, this trait would not be possible without Zerbu's Mod Constructor Program: https://zerbu.tumblr.com/post/18178...-constructor-v4

Thank you so much for taking time to translate my mod and share the translations with me!

You are both wonderful!