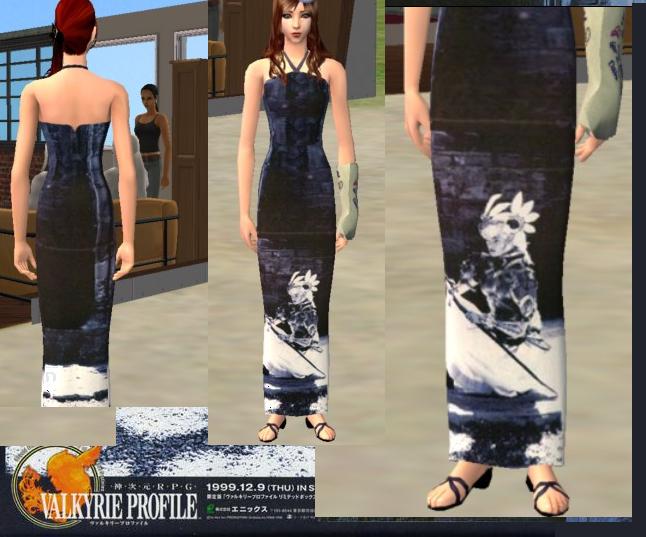 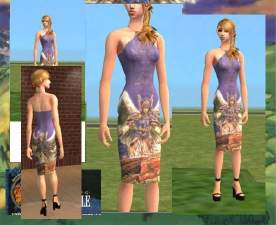 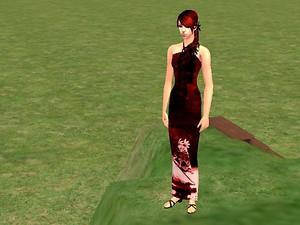 Created by sunken-woglinde
View Policy / About Me View all Downloads
Uploaded: 21st Jun 2006 at 9:29 PM
Updated: 23rd Jun 2006 at 4:56 AM
In celebration of three things, (The fact the I now own my favorite RPG, the fact that it will be re-released with cut scenes soon, and the fact that a sequel is coming out November) I have made three brand-new Valkyrie Profile dresses.

The images used for the Navy and Ruby dresses are live-action images used to promote the original release of the PS1 "Valkyrie Profile" game.
The image used on the Lucian and Lenneth Haltertank dress is(as far as I know) an illustration from the actual game, either that or the manga/artbook.
I do not claim these images in any way. =D

The Navy and Ruby dresses do not require any meshes, as they are original MAXIS recolors.
However, the Haltertank requires Marvine's fantastic skirt and heels mesh, which can be found at the following link: http://www.modthesims2.com/showthread.php?t=127591

This is a new mesh recolour, and means that you will need to download the particular mesh itself in order for this to show up in your game. See the Meshes Needed section or read the text for more information.
Archive: Valkyrie Profile Dresses by Sunken Woglinde.zip
File: 7f497411_ValkyrieDress1.package Clothing Recolour Included Custom Content