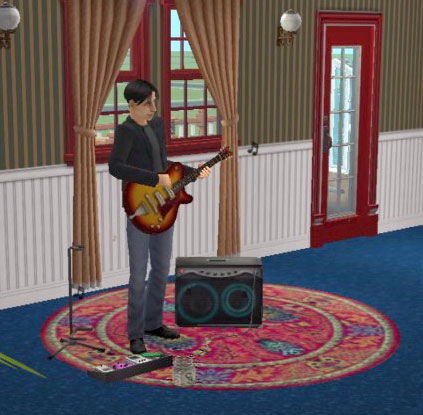 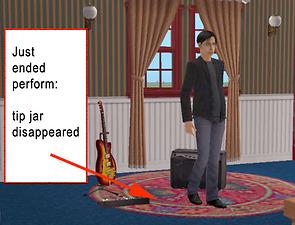 1,093 Downloads Quick download 655 Thanks  Thanks 35 Favourited 41,820 Views
Personal Picked Upload!   This is a personal favourite of the creator!

Created by Marhis View Policy / About Me View Downloads Home

I can stand sims obsessively playing instruments always and everywhere; I can stand - with a little more effort - their additional obsession for tips. What I can stand no more is the neverending show with the tip jar after they stop to play.
Pick up the jar, shake it, moan because there's no tip... every time, continuously, they pass more time tinkering with that jar than to play instruments.

There are many mods which handle this annoyance, from the no autonomy to the radical tip jar abolition; this mod is another way to deal with, so to speak, my personal "flavour".

Sims will perform autonomously (instruments or freestyle) as usual, with the tip jar, but when they came to end, money (if tipping was succesful) will be processed normally - and relative wants satisfactions will work too - but the tip jar will simply vanish as soon as they reach its location.
No more animations, no moaning, just grab those simoleons and shut up. 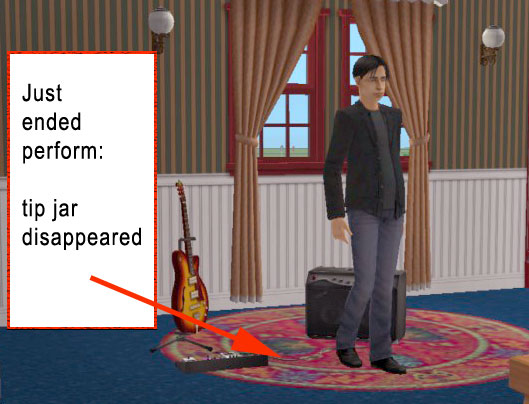 Update 15 March 2007
A version of tippingfix which includes this mod also is posted here.

As a matter of fact, this mod is compatible also with mods that prevent tip jar creation, but using both is a bit pointless :P.

Tested with every EP and SP up to Free Time.
Not tested in game in Apartments Life, but it should be fully compatible.

Don't use on sims with pink underware,
which name starts with letter B,
don't use on Sundays until moon raising,
clap your hands twice every morning,
shave your head,
worship me and all my relatives till the fifth generation.

Serious part: do whatever you want with my stuff and enjoy;).