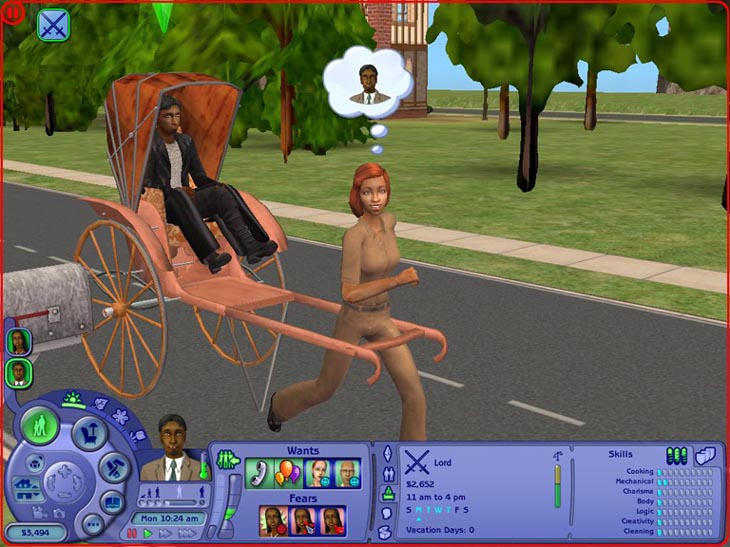 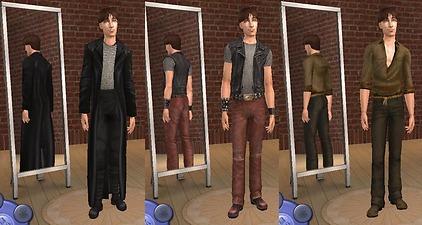 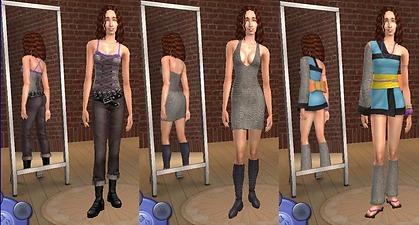 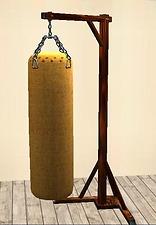 NOTE: MAKE SURE TO DOWNLOAD ALL FILES BELOW (SEE NOTE ABOUT 8/3/07 UPDATE FOR WHAT TO DO ABOUT THE CAREER REWARD) AND PLACE THEM IN YOUR DOWNLOADS FOLDER OR THE CAREER WON'T WORK PROPERLY.

UPDATE: 12/23/2008
While working on my carpool replacements recently I discovered a problem with the hansom carpool, it and the rickshaw were interfering with each other, causing the hansom to use the rickshaw's mesh. I fixed the problem and uploaded a new hansom carpool. If you have downloaded this before, you should download the new carpool below and replace the previous hansom carpool with it. If you are downloading this for the first time, use the new hansom carpool instead of the one in fighter carpools.rar.

UPDATE: 8/3/2007
I was made aware of a problem with the career reward for my espionage career that also applies to this one. While both the punching bag for the warrior career and the punching bag for the athletic career will appear in the rewards section, the original athletic punching bag was not able to be placed on a lot. I have fixed this problem. People who have already downloaded the career should download the new rar below (Fighter Reward.rar) and replace the original fighter reward with it. People downloading this career for the first time should use the reward in the Fighter Reward.rar instead of the one in the Fighter Career.rar. Sorry for the inconvenience. I'm still rather inexperienced at objects.

UPDATE: 7/31/2007
After downloading Numenor's BaseGameStarter and testing in a basegame-only environment, I have discovered that my warrior career is incompatible with the basegame. For those of you that have no expansion packs, the game will crash. Sorry for the inconvenience. I didn't know until today.

This career is based on the Dungeons & Dragons Fighter class with the level titles being pulled (mainly) from the level titles in the old first edition Player's Handbook from way back in 1978. This is the second in my series of careers based on the Dungeons & Dragons classes (more to come!). This is the most ambitious career I've worked on so far, with four custom carpools (meshes used with kind permission from Hexameter), six custom uniforms, and a custom career reward (basically it's the punching bag, altered slightly).

Career Details:
-- Custom Icons (the picture I included is magnified greatly from the actual in-game icons, so if they look fuzzy or uneven, don't worry, they don't look that way in the game)
-- Complete Chance Cards
-- EP Ready
-- Custom Uniforms (all are recolors of basegame outfits, so there should be no compatibility issues)
-- Custom Career Reward (it's the punching bag recolored with a different description, but it does show up in the career rewards as a separate entry)
-- No overwriting of any career that I know of
-- Custom Carpools, listed below:

Hexameter's Ridable Horse
Hexameter's Victorian Coach
Hexameter's Rendezvous Hansom
Hexameter's Rickshaw
Note: I include these links so that you can see where the carpools came from and to give credit to Hexameter for his work. But these are not the carpools. Having his drivable vehicles in your downloads folder will not give you the carpools as well. They are completely separate vehicles that just look exactly the same. They have different GUIDs. The carpools (which are required for the career to work properly) are located in the downloads below in the file called Fighter Carpools.rar. If you want to have, say, the Rendezvous Hansom as both a drivable vehicle and a carpool you must have both packages: Hexameter's drivable one and the carpool version below. This applies equally to all four.

Body, Mechanical, and Charisma are the skills needed.

Lots of files in this one, place all of them in your downloads folder. Files are the career, the career reward, six outfits, four uniform templates, four carpools, three custom sound files. I have them split up into three rar files, you will need all three for it to work properly.

As in the Magic career, I based my chance cards on famous characters from movies and books only this time warriors. Can anyone identify the characters I used?

For the career, uniforms, and reward:
Use these or modify them as you will, but please don't upload to any paysite, even if it's free on the paysite, and please give me credit and send me a link to what you've done with it.

Additional Credits:
Thanks to:
Maxis for the game
Hexameter for the carpools
Superfly for the general tutorials
Bidou for the career editor
Skingiigy for the reward tutorial
Numenor for the basegamestarter
Vagrant for the uniform templates
Everyone behind SimPE Everyone at MTS2
My son for playtesting