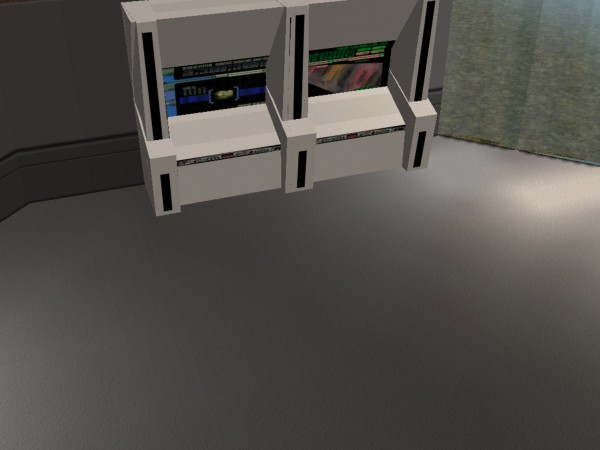 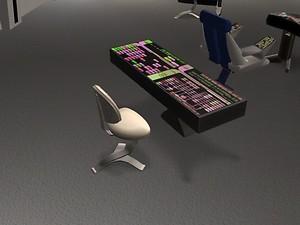 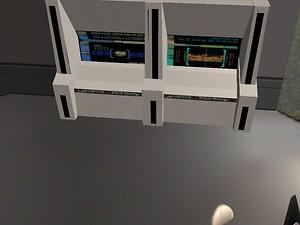 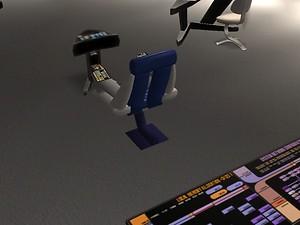 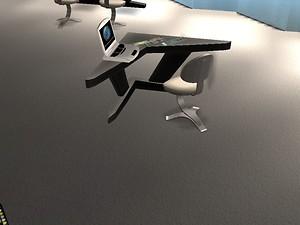 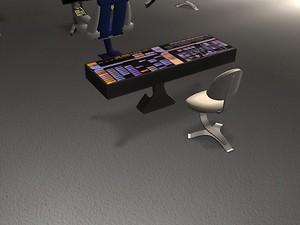 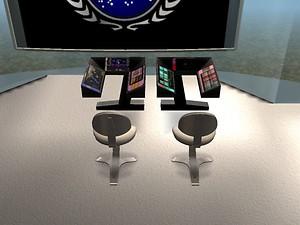 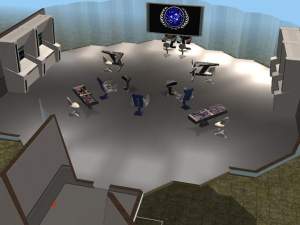 182 Thanks  Thanks     15 Favourited
This is a new mesh, and means that it's a brand new self contained object that usually does not require a specific Expansion pack (although this is possible depending on the type). It may have Recolours hosted on MTS - check below the description for more information.

This one took some work. I tried to re-create the new bridge furniture from a Sovereign Class bridge. (Like Enterprise-E) They're all cloned off 1- or 2-tile tables, except the Duty Station (The big triangular one), which is cloned off the Atomic kids desk from pets. They work like tables, but some of them might look strange if you set objects on them.
Notes: I tried to include 3 or 4 texture maps on each mesh. They all seem to work ok, except Environment, for some strange reason.
The Science and Enviroment stations are overlapping, for a bit more realism. I don't know well this works if you set them against a diagonal wall, but against a flat wall it works good.
The Duty Station, Security, and First Officer's console are turned to a 45-degree angle in the picture, because this is roughly the layout of a Sovereign Class bridge. Don't worry, they're aligned correctly to their footprints. The Duty Station looks diagonaly-placed when you set it square, and squarely-placed when you set it diagonally.

Fixed normals on Security (with apologies) 9/25/07