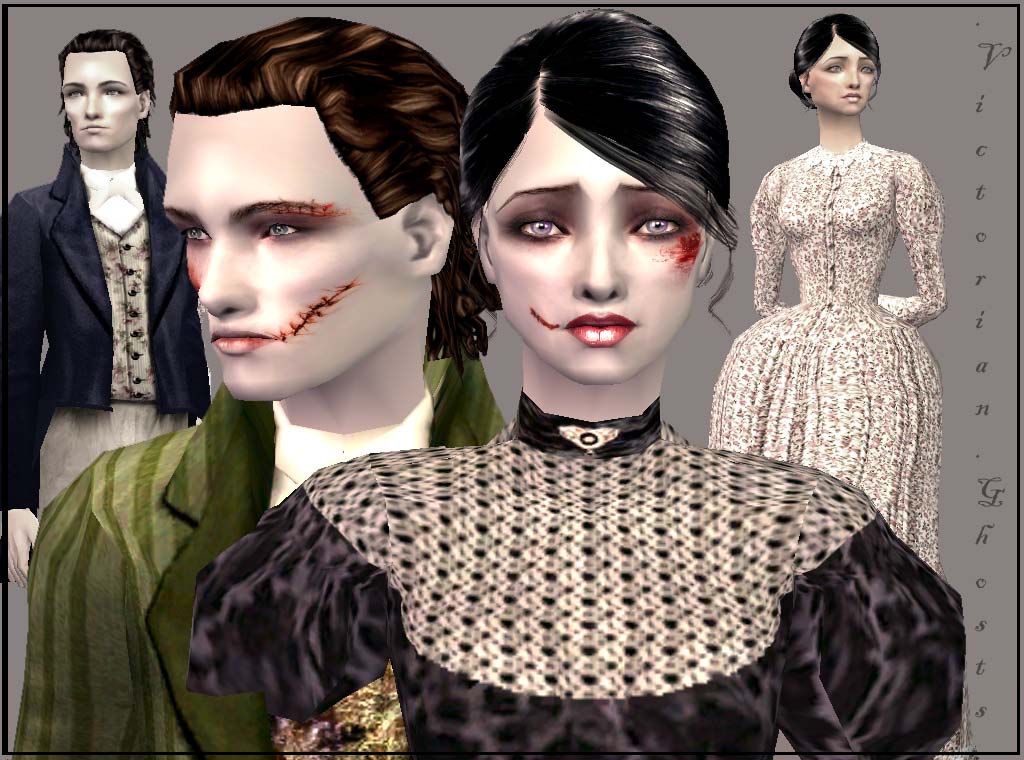 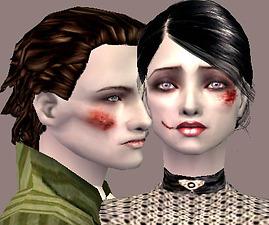 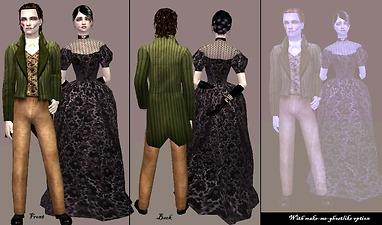 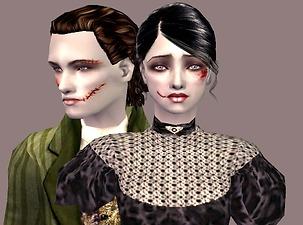 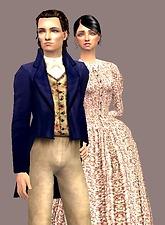 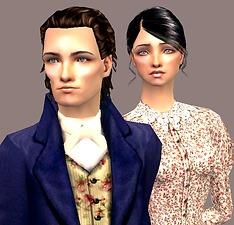 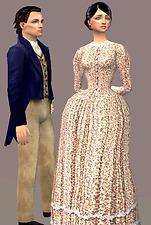 547 Thanks  Thanks     87 Favourited
Picked Upload! This is a picked upload! It showcases some of the best talent and creativity available on MTS and in the community.
Edit 1/22/09: WOW, I just noticed that this has become a picked upload on the site! Thank you soooo much, It's a great honor to see two of my favorite sims given a nice shiny star!

Hello everyone!
These are my newest sims, and my favorites so far. They are a bittersweet Victorian couple, uploaded together in both Ghost and Human forms. 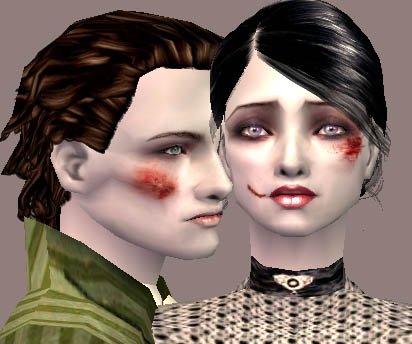 Story
Their story is a very simple tale of tragic romance: the two lived happily in London, during the year 1850. The young man by the name of Victor fell in love with his childhood friend, the innocent Victoria, and he proposed to her, preaching to her of his eternal love for her. He whispered to her that they deserved each other, so much so that they had even been given similar names. To Victor's delight, Victoria had long held secret affections for him, and she joyously accepted his proposal. The two planned for a lifetime of happiness and pledged loyalty to one another, but life was not that simple: Victor's brother, Gregory, had also proposed to Victoria a week earlier, and she had refused him. In a jealous fit of passion, Gregory brutally murdered both Victoria and his own Brother. His cruel plan did not follow suit, however: the couple that he murdered shared a love so pure that not even death could seperate them. So, though their tragic demise left them to wander the earth as ghosts, they wander hand in hand, together, even in death.
The two now wander with a purpose: Victor with the intent of ridding the world of all murderers like Gregory and protecting and watching over the households of the innocent; resorting to gory tactics for the benefit of mankind if need be, and Victoria simply to follow Victor wherever he may lead her.
Now, the real question is...will your sims invoke Victor's wrath, or will he and Victoria watch over and guard them from harm? Will this couple be revived by a local magician and live again, or will they wander as ghosts forevermore?
Their fate is now in your hands.

I have uploaded Victor and Victoria in two different forms: Their undead, ghostlike forms, and then their living, healthy, happy human forms. This way, whether you prefer them creepy or lively, you can choose. I have Seasons and Pets, and though I don't think expansions are required to play these sims, I'd reccomend using Clean Installer.
NOTE: Each rar file contains two Sims2Packs, one labeled "Male Victorian __" and "Female Victorian ___", the blank either being "ghost" or "human" depending on which you downloaded.
You'll need to download the hair mesh #0037 from the freearea of Peggy's website, and also the black recolor of it for Victoria.

If you want to make Victor and Victoria Ghost-Like, but still playable, download the Ghost Hack by Smonaff.

Additional Credits:
Special Thanks to all of the wonderful creators who's hard work made this submission possible, and to all of those who leave comments on my work here at Modthesims2!! Thanks guys!! <3