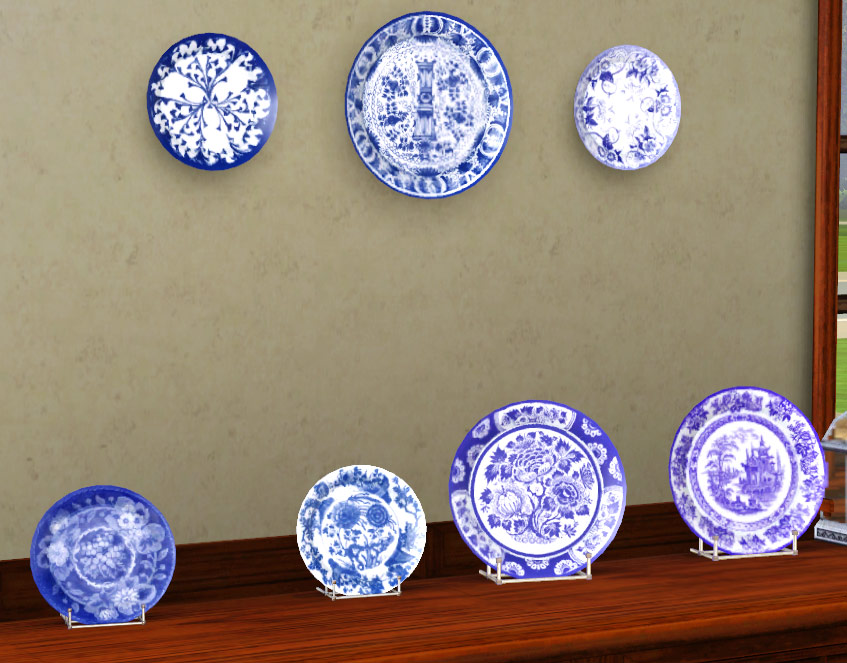 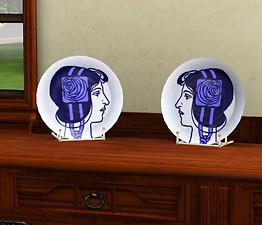 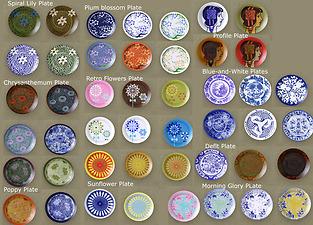 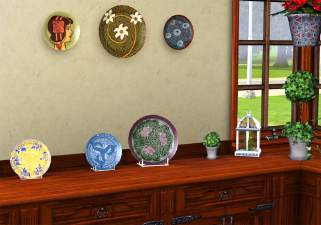 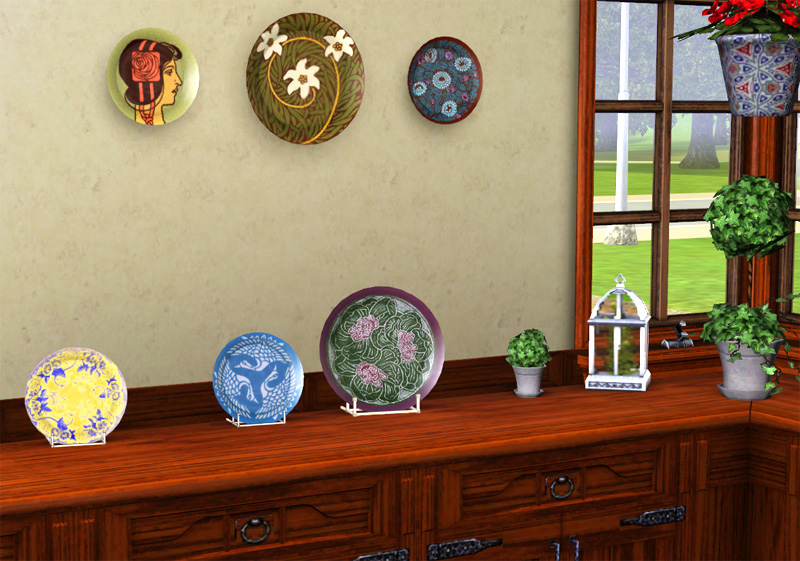 The first part of my offering today consists of two types of decorative plate, each in two sizes for your cluttering needs.

The wall plate comes in large and small sizes and, as the name implies, hangs on the wall. Fittingly, then, it can be found in the wall art section of the catalog. Small size is $40, large is $50.

Like the wall plate, the standing plate also comes in two sizes which, interestingly, can also be described as large and small. Goes on tabletops, counters and anywhere else clutter can usually be found. In the catalog under decorative- miscellaneous. Costs $45 and $55, because stands aren't free, you know.

All of the plates can be recolored in Create-A-Style with any of the patterns you have, like any other recolorable object. (The stands are not recolorable.) They have reasonably accurate shadows, and are a little bit shiny. You may notice that the plates in the screenshots have non-repeated, very plate-like designs on them, which brings me to...

the second part of my upload: I have made a fair number of special custom patterns specifically designed for these meshes: 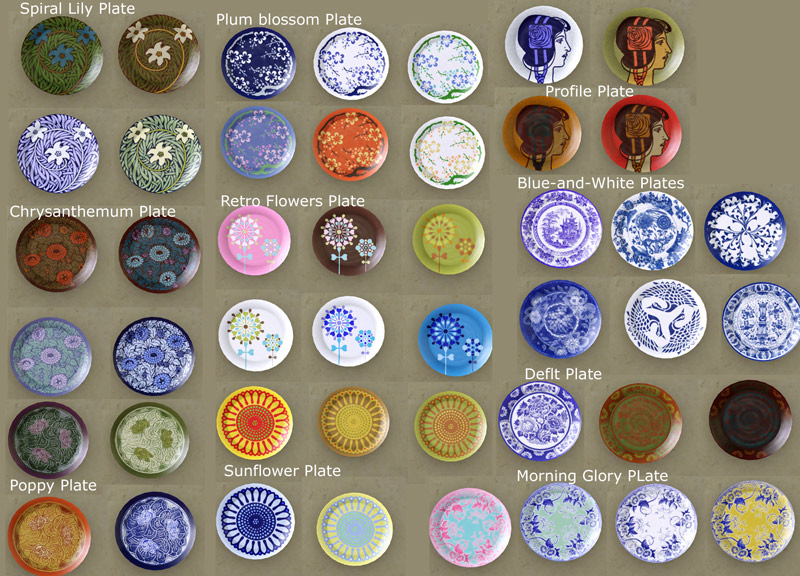 As far as the game knows, they are perfectly ordinary patterns. The only thing different about them is that they are designed so they fit these particular objects in a satisfyingly plate-like way.

The trade-off is that the patterns aren't useful for anything else. (That's why I've included them in this post, rather than making a separate entry for them in the patterns section of the site.) You can, of course, apply them to anything in the game that will take a pattern, but I wouldn't, unless you really want a sofa with big plates all over it.

The patterns even show up in the Create-a-Style catalog with a little teeny plate in the thumbnail, so you know which ones they are and can thus avoid the plates-all-over-your-sofa thing. (You may take this for granted, but figuring out how to do it caused me some psychic pain, so I insist on pointing it out)

I've made several colorways of most patterns, except the group of two-color patterns labeled blue-and-white plates, which are only included in, yes, blue and white. You can download each group of patterns separately, or get all of them at once. Screenshot thumbnails are included in the zips so you can easily pick just the ones you want. 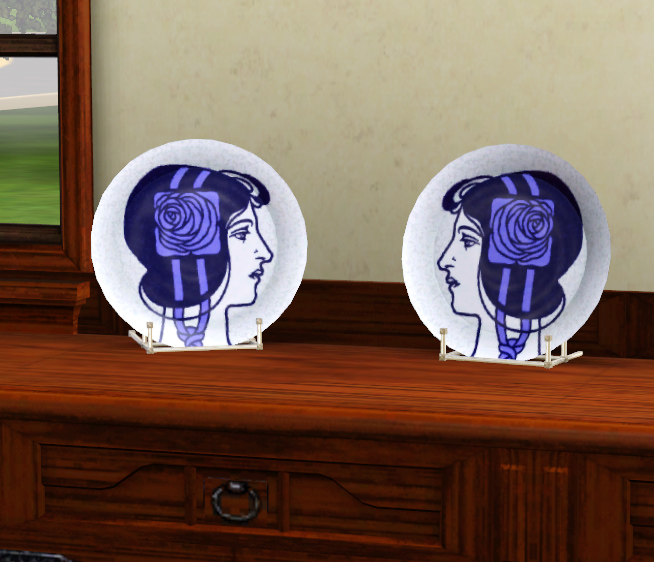 I think that's everything. Enjoy!

EDIT: as HeyBubbe noticed, the sunflower plate patterns were missing, so I added them, both in their own file and in the zip with all the other patterns.

Thanks to Killc*a for pointing out that there was a problem with the small standing plate-- l seem to have inadvertently uploaded the wrong version of the file. Fixed now. Hopefully that's all for the problems. Gah!

Mesh files have now been updated for compatibility with WA and with patch 1.7.9. Please re-download fixed versions.


Update 2-28-20: Small standing plate had the wrong shadow. Will I never learn the perils of disorganization?

I've upploaded the correct version-- please re-download the fixed version! Thank you to groovilicious for letting me know about the problem.

Do as you will-- recolor, clone, share, etc. As long as it all stays free, and you don't take credit for my work, it's all good.