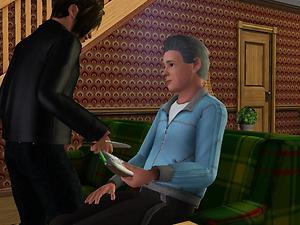 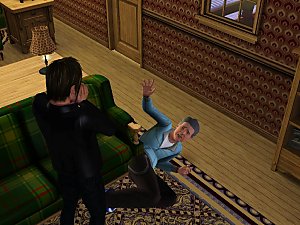 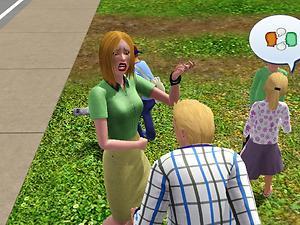 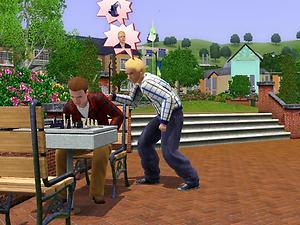 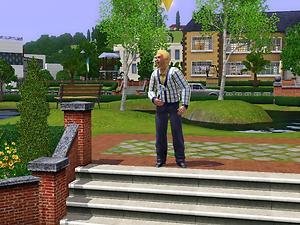 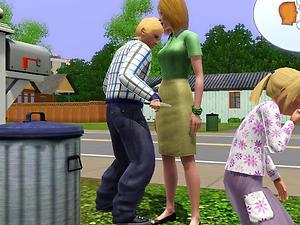 Change:
Replaced the knife with the sword from SHT. It's a bit exaggeration but the knife was too small.
There is still issues with the double weapon. I wonder will I ever figure this out :/

Changes:
- The killer will not be handcuffed any more, instead the cops will chat with them for a bit.

Note 1: This version has only been quick tested in my test hood. So use it at your own risk.
Notes 2: Changed the text from hard-coded to STBL files.
Note 3: I'm planning on adding a new functionality to Dex, killing by chainsaw, so another update is on the way some day, which also means if anybody wants to translate Dex here are the strings.

If Dex is not working
1. Download the framework (or use delphy's monkey installer)
2. If an object mod is not working it's becuase you are missing a certain dll (d3dx9_31.dll). After installing the framework, make sure it's in your TS3 bin folder, the path is something like this
- C:/Program Files/Electronic Arts/The Sims 3/Game/Bin
3. If you have WA, the dll needs to be copied to the WA bin folder
- C:/Program Files/Electronic Arts/ The Sims 3 World Adventures/Game/bin
4. If dex is still not working, re-download dex, sometimes you just got a bad copy.
5. Still having trouble? Then here's a link to the wiki.

Dexter WA
Changes:
- You no longer loose your job if you are a criminal and get caught.
- For a witness to be able to call the cops, they have to be a child or above. Baby/toddler witnesses will still hate you.
- Added dex interactions outside of the inventory
- Instead of just adding the code that lets you put dex into the inventory, I replaced it with the base.OnStartup(), which means that all bear interactions are now included. The reason why dex wouldn't go into the inventory after the patch/WA was because EA changed the line of code to put stuff into the inventory. This change should keep dex more stable, after updates.
- The version I put now out, is the one where for a moment you see two weapons, as that version was more popular.
- I will not update the previous mods any more, they will stay as is.
- I removed the first dex version, as it was bugy and such.

Dex and WA:
- You can kill abroad, my lovely tester as well as I have tested this.
- You don't however go to jail, nor should the cop come as there are no jails abroad. Haven't tested what happens if you put a jail into a travel destination.
- Even thou no jail time abroad, all the other getting caught stuff will happen, people will hate you and you will loose your job if it's not criminal and you get the aura of evil.
- The moodlets you get from dex after a kill, will dissapear when you go on a holiday. So if your sim is too depressed becuase they saw a killing, you now have a good reason to take them on a relaxing trip.

Dex and no WA
- I won't be doing a dex that supports basegame + updates. The new dex should (I hope) work with the update as well, as I don't use any WA spesific code in it.

Dexter V2
Bugs fixed:
- the disappearing weapon. It still sometimes disappear, but it's way more stable now.
To keep the weapon from disappearing, I had to create it twice, once when the sim starts walking to the victim, then just before the killing animations starts. But this lead to a bug that for a fraction of a second, you end up with two weapons in your hand, and I have yet to figure out how to get that fixed.
So I present you with two version:
- Dexter V2: The weapon is drawn the moment the killing starts
- Dexter V2 DW: The sim will walk to the victim with the weapon in hand, but for a second you'll have two weapons in your hand.
In case anybody is interested, I used the DW version, because I love seeing my sims walk to the victim with the weapon.

- also fixed the bug that if the killing fails because the victim moved, you still got the moodlets.
- Other minor fixes, but can't remember what they were.

New features
- If good witnesses see you, you will get arrested (evil witnesses won't call the cops). Getting arrested only works for adults, if a teen kills, then the cop will show up, but no arresting will happen.
- Aura of evil: if you get caught, you'll get the aura of evil, so there will be at least some long term effects after you are freed from jail. (Thank you Raggborg for suggesting this, I had no idea it even existed)
- If you have a job before you got caught, you will get fired.
- If you got caught, all the people in the victim's household will start hating you.
- People on the lot need to have the same room id to be witnesses. They will still sense when a sim is killed and rush in to watch. (thanks duppyraces for the suggestion)

New bugs
- Sometimes you'll get arrested twice in a roll. So eat well before killing because they don't feed you in jail

Old bugs from V1
- The knife is still held wrongly, haven't had time to look at this.

I always hated killing sims and got no thrill from accidental pool accidents. What I did get my kicks out of, was having my sims kill their fellow sims. In TS2 my favorite method was the "Crate of Throwing Axes" from simwardrobe because it was the closets thing to stabbing I ever got with my sims.

Unfortunately the family friendly atmosphere of TS3 was getting to my nerve, and I was bored with the - throw your victim in a dungeon and wait for them to starve - method of killing. So I made Dexter.

You will find him in the same category as the essel. So that's study -> hobbies.

Dexter is a clone of the teddy bear, he won't overwrite the original, but is a stand alone object. I use awesomemod, and have found no conflict. I'v used this mod in both my test hood, as well as my custom hood.

The reason I gave a good killer 7 days of misery is that I wanted to represent remorse.

The reason I gave the good witness so much misery, is because seeing a murder is traumatizing + sims are way too happy, way to easy.


- The knife is held a bit wrongly, and the blade will stick out from the Sim's hand.

Not bugs but other things:
- As we don't have custom animations yet, I'm recycling. The stabbing animation is poking a fire in a fire place. The sims will bend their knees a bit, which means they won't stab as high as I would like.

As this is still a work in progress, I'm open for suggestions if anybody has an idea of an animation that might work here better.

- You can't stab children. This is not because I have high moral standards, but because children don't have the starving animation, so when they die, they'll stretch out. You can how-ever bash their pretty little heads in with the hammer or the poker. For that death I use death by burning and they have that animation. Babies and toddlers are unkillable, the killer will just jump and be reseted when I tried.

I hope you enjoy Dexter as much as I do.

Additional Credits:
Kolipoki for his Object modding tutorial, without it I would be nowhere.
TigerM for smooth Jazz.
And eveyrbody who made the cool tools I used, object cloner, pacage editor...
Pescado for awesome mod. I used his arresting code as a reference to get my sims arrested.
duppyraces for testing dex and for improvement suggestions.

See: Game Help:TS3 CC Basicswiki for a full guide!
Back to download view
925 Comments / Replies (Who?)