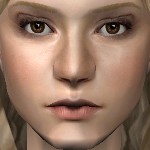 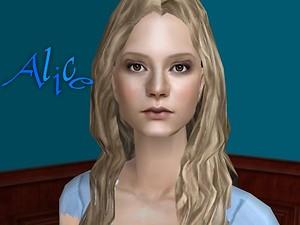 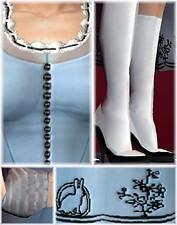 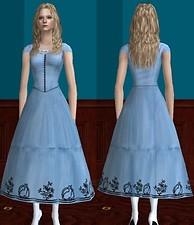 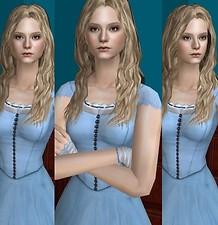 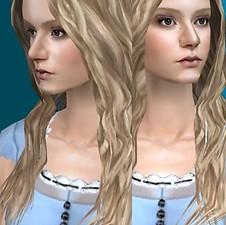 Picked Upload! This is a picked upload! It showcases some of the best talent and creativity available on MTS and in the community.
So when I first heard that Tim Burton was going to make his own “Alice in Wonderland” I’ll admit that I was only mildly interested. Then I saw the posters of Johnny Depp as the Mad Hatter, Helena Bonham Carter as the Red Queen, and Anne Hathaway as the White Queen. To be honest I thought that Burton had already jumped the shark just by the look of the makeup on Depp and the fact that Carter was sporting a 3XL head (not to mention Hathaway’s stark white look). However after the film finally came out, and some friends told me it was good, I did (reluctantly) go see it for myself, and I freaking loved it. The first thing I did when I came home was start gathering source pics to make the sims, and now (about a month later) I’m ready to share. Yay!!!! 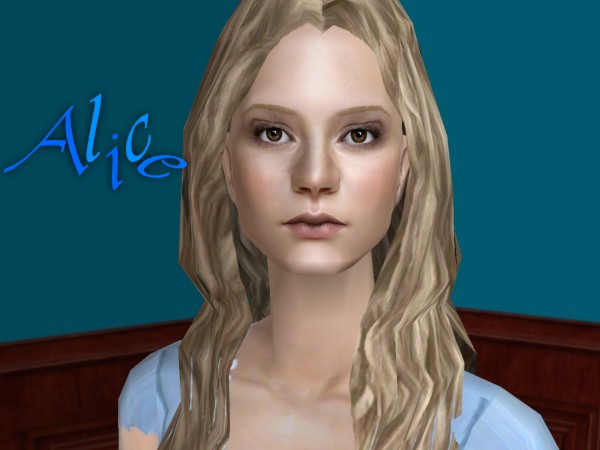 So, I decided to start with Alice, since she is the title character. I have to admit that out of all the awesome depth that Burton brought to the rest of the characters, he kind of failed to deliver anything unique or different about ‘his’ Alice. I mean to say that while the film was great, Alice was a very cookie-cutter-character. She begins the film repressed by social norms of the time, and then she gets sucked into a fish out of water experience that forces her to realize that she can’t please everyone, and that she should simply be herself. Think of it as a ‘coming of age’ story on a hallucinogen. LOL Don’t get me wrong though….. the film is still great. 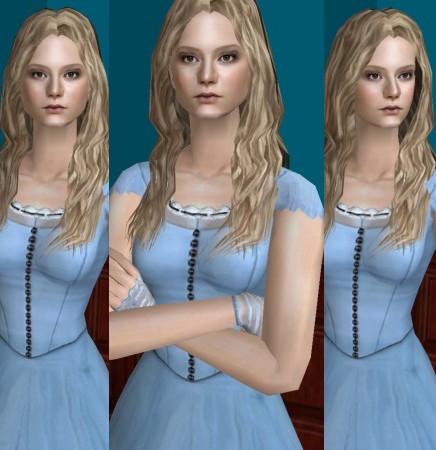 Alice was the hardest sim to make because she actually had to resemble a human (the ‘human’ in question would be the actress who portrayed her, Mia Wasikowska ), whereas the rest of the characters from the film are less natural looking. However I think I did an ok job. I worked even longer on trying to make her outfit as accurate to the film as possible. I must say that I am rather pleased with how she turned out, and I hope you are too! 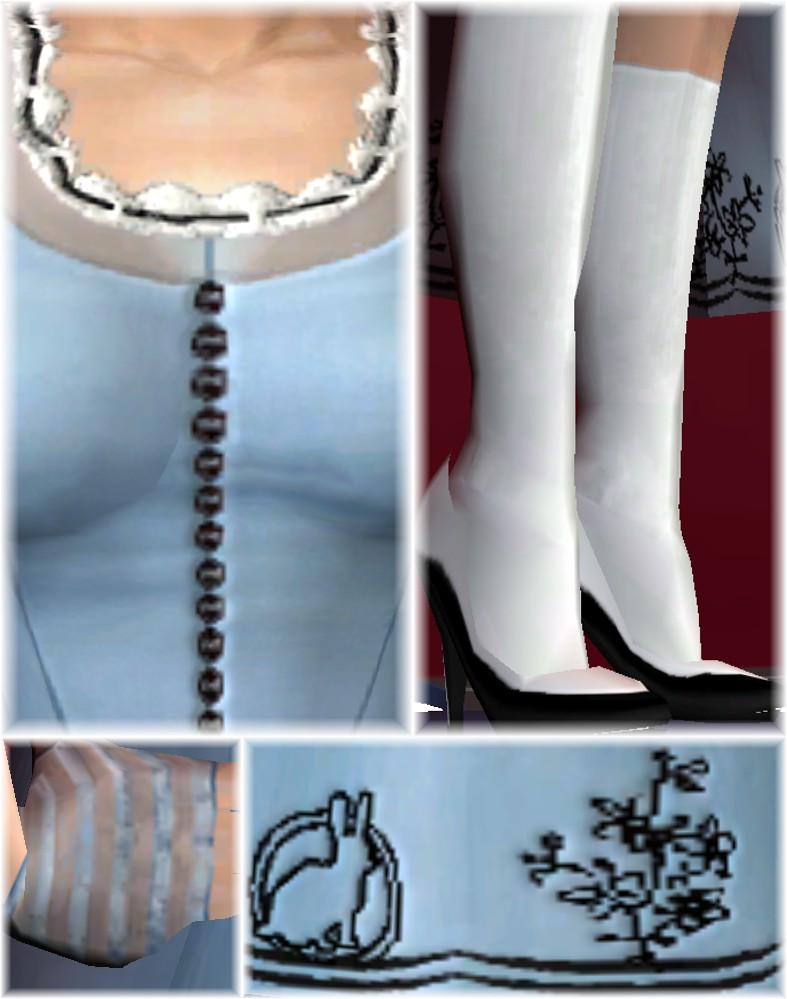 She comes with “new” skintone, which is a mixture of HP’s amazing “Idolatry of Flesh”, and various pieces from the beautiful skintone included with these sims, by HIM666. You must download the hair mesh from here, but everything else is included with the sim.
If you use her in pics or video please let me know because I would love to see!
Enjoy!


These recolours may or may not be endorsed by Wicked_poppies.