Adventure Career (different from the one with Seasons) 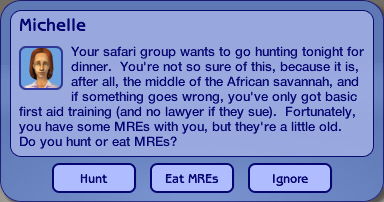 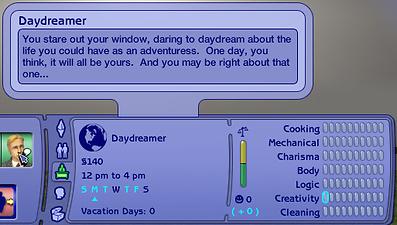 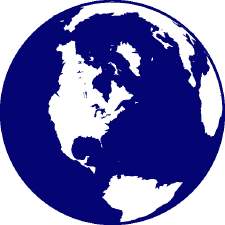 190 Thanks  Thanks     17 Favourited
I completed this some time ago and have been tweaking it to satisfaction. It has ten levels, all of which have chance cards, but there is no custom content.

I've tested this with Nightlife as it didn't work in basegame (i.e. made it crash), so you should be good for anything past that. I think.

It ought to have a unique GUID, so it won't overwrite anything. I've not done job clothing for most levels as I can't think of anyone who has a special daydreaming outfit. The Safari Guide and Daredevil are I believe the only exceptions. (must...not...quote...song)

Job titles (I have no idea how to hide text for spoilers, so you'll just have to ignore if you want to be surprised.)

You stare out your window, daring to daydream about the life you could have as an adventurer. One day, you think, it will all be yours. And you may be right about that one...

Your job is to plan the trips; getting maps and iteneraries, plotting gas stations and hotels. It's the best you've got, but perhaps those road trips with buddies will lead to something else soon.

Look out, world, you're coming their way...as long as you don't have to sleep in any uncomfortable beds or eat any mystery food. And with your trusty guide and translation books, at least you'll know where any and all bathrooms are.

You've gathered the guts to step a few steps off the beaten path, and while you still only tour first-world countries and sleep in five-star hotels, you've taken a peek into the wild of the tourist industry.

Forget the tour guides, you've got your own agenda as you explore famous cities world-wide. You've been to all the famous, noteworthy cities, sampling culture and cuisine from the hottest gigs in town. But you're still a city slicker, so you've rarely stepped out of city limits.

Now that you're ready to explore what lays in little towns far outside the city, you feel like nothing can stop you as you roll with the top down, sampling vast resevoirs of unpolluted country air. It's wonderful, but there's still something else you've always wanted to do...

Africa had better be kind to you and the members of your safari group! Sleeping in tents, the sounds of growling lions soothing you to sleep, you find the rush fantastic. But there's still an aching void in your heart, and you look forward to your next promotion.

Bungee jumping and skydiving is a dream come true, especially because you're being paid to do it. Even though you're worried about breaking your neck during those dirt-bike races, you're enjoying this and never want to go back!

Next stop: the world. You've done everything from hunt with primitive tribesemen to fly non-stop around the world. You've got a pilot's license and know how to use it! But there are still some things you haven't done, so you're looking forward to that!

You travel the world, doing the things you've always wanted to with no restrictions or ties. The seas are your office, and the skies your lunchroom. You have deserts for meeting rooms, and you go to rainforests on breaks. "This is the life," you think, as you look down from the mountaintop. And you'd be right.

I had fun writing these (particularly the chance cards), and hopefully your Sims will have fun doing this for a living!