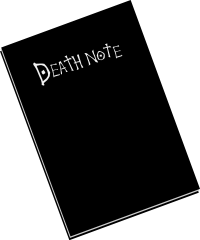 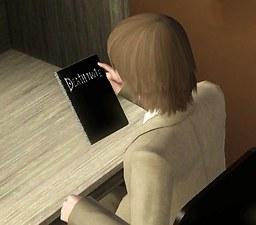 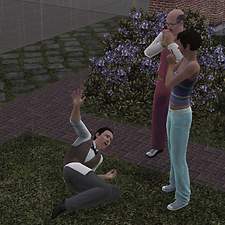 105,711 Downloads 2,427 Thanks  Thanks 1055 Favourited 310,120 Views
Picked Upload!   This is a picked upload! It showcases some of the best talent and creativity available on MTS and in the community.

Fixed animation so it is now usable by adult sims; minor fixes and adjustments.

The Death Note grants its user the ability to kill anyone whose name and face they know, by writing the name in the notebook while picturing their face... 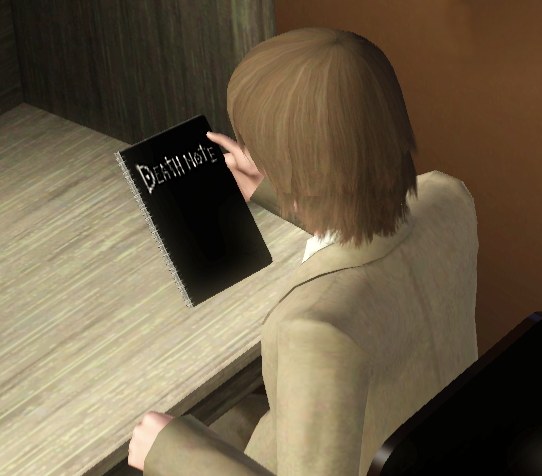 The Death Note cannot be bought, it was dropped on Earth by a shinigami (a god of death), you will need to find it...

The available Death types depends on the installed EPs and on the current Sim state (e.g. Mummy's Curse death is only available with World Adventures EP; Drowning death is only possible if the sim is swimming; etc).
Due to some EA bugs, there are some cases where the grim reaper resets and fails, leaving a sim's corpse in an inconsistent state - to avoid this, this mod has a clean up mechanism, that if a death note's killing isn't completed after 3 sim-hours, it will reset the sim back to life.

There is an optional tunning package available, for users who are familiar with editing them in S3PE.
In the tunning package some options can be modified, e.g. ShowCreationLocation, MoveCameraToTarget, WritingDuration, AllowAdults, etc...

Part of the gameplay experience would be searching (or accidentally finding) the Death Note.
If you want to skip this part of the fun and just try it out, the Death Note is dropped in a random open air location in a community lot, so no need to search in residential lots or in the whole open world.

The Death Note appears in the world a short while after the game is loaded - at each load, the mod checks if there is any Death Note in the world, and if none exist, one will be added.
On the tunning package there's also a ShowCreationLocation setting that will display a notification message with the location when the Death Note is dropped.

Finally, if you really don't care about the gameplay experience, you can buy it on the Debug/Misc category, which can be accessed by the testingcheatsenabled and buydebug commands in the console. 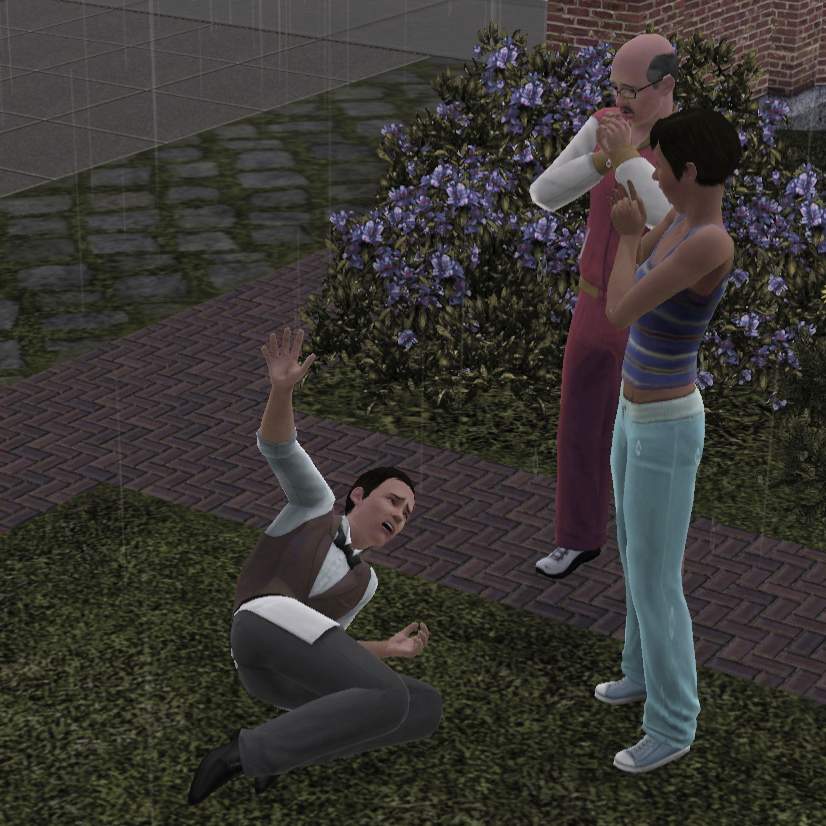 Special thanks to Vaan.21 for coming up with the idea for this mod.

Weapons System
Back to top

Do not upload to other sites.

You may reuse/adapt any of my work, as long as you:
- ask me first before modifying/using.
- give credit with a link when using my work.
http://thumbs.modthesims.info/getimage.php?file=1183729