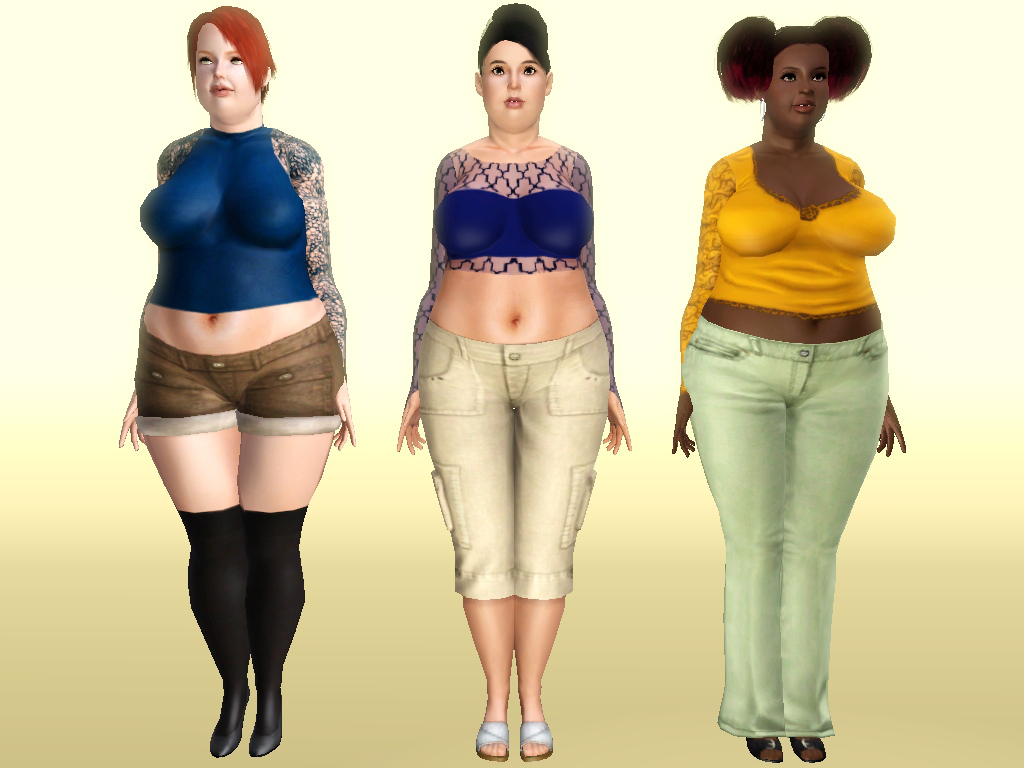 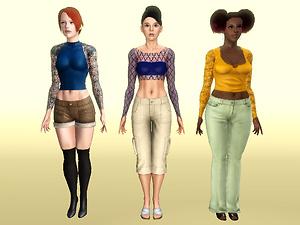 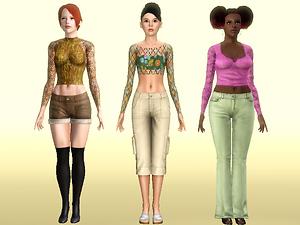 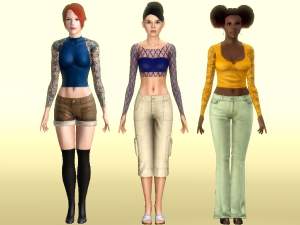 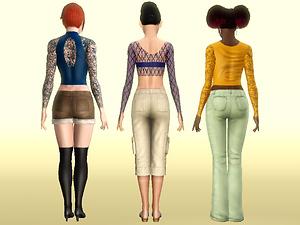 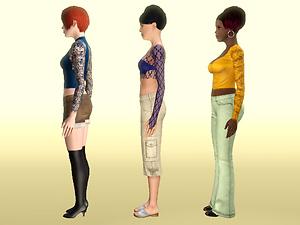 Created by SIMplified
View Policy / About Me View all Downloads
Uploaded: 20th Jul 2013 at 10:01 PM
I felt like dabbling in textures again and these 3 "under shirts" appeared. (:
These are cloned from the gothic glove and also appear in the glove area of the Accessory tabs. They are for Teen-Elder females and appear under these categories,

Since they're accessory shirts, you can put any top or dress/full-body outfit over them. As you can see, they can also be worn on their own if you'd like. They only have 1 channel and they are in a set. They have their own custom thumbnails so you know which shirt is which (:
Patterns can give them a neat look too and I've included a screenshot of what some can look like.
The transparent shirt, if you've noticed, is more transparent in the chest region than the arms. My focus was more that this particular shirt would be worn underneath other tops, so the arms appeared more glove like than being part of a shirt. It still looks nice on it's own though I think (:

The pictures I've taken for you show the front, back and side views of all 3 shirts. I also show you how they look when the weight slider is increased to its maximum value, along with the fitness and muscle definition sliders.
Enjoy~


Additional Credits: S3PE S3OC CTU And hair by aikea_guinea
This is a new mesh recolour, and means that you will need to download the particular mesh itself in order for this to show up in your game. See the Meshes Needed section or read the text for more information.
Files Need help with downloading or installing content? Click here!

Policy:
-You can DO whatever you want with my work. Re-color, re-texture, convert, tweak, go ahead!

__BUT YOU ARE NOT ALLOWED TO CLAIM IT AS YOUR OWN.__
As in please credit me for whatever you've done to it, please if I ever search my name it'll be cool to see what you've done! I really would love to see! :)
and

__YOU ARE FORBIDDEN FROM EVER UPLOADING IT TO A PAY SITE.__

Feel free to ask me anything, I do what I can within reason (: