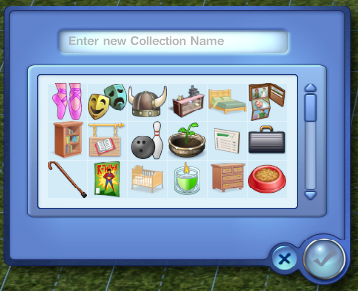 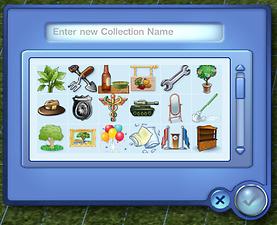 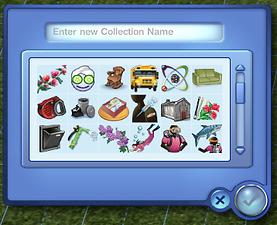 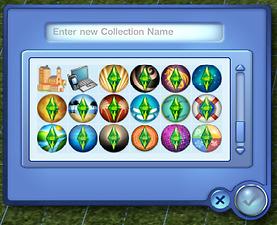 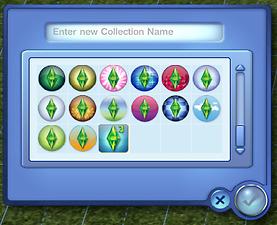 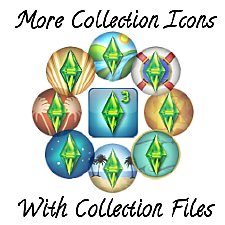 345 Thanks  Thanks     94 Favourited
I've gotten to the point where I can admit that I am a CC-aholic. And, let's face it, the misc decor folder is pretty full as it is even if you run a straight, vanilla game without store content. So, I decided I'd be more organized and start, finally, utilizing the collection files that EA gave us. Except, as I started creating I realized that half the icons were either way too specialized or just not quite right for the folders I was trying to make. Which led me to figuring out how to make my own. Then, while I was at it, I figured that I would go ahead and add in the store icons for each of the worlds. And then since I did that, why not fill the actual collection folders so people don't have to go through the trouble themselves? So I started up a brand new set of user files, installed one world at a time, created a collection folder, added the items and saved it, uninstalled store world, installed new store, rinse and repeat. I installed/uninstalled to try to make sure that I included each item from each world without any crossover. I did this for each of the worlds I own and you can get more information about that below. I also did some Base Game collections since EA never went back and included those and, if you're like me, you get completely frustrated when you're looking for that one base game item, try to filter content for just base game and ALL your custom content includes itself.

Mod for Collection Icons:
This mod adds 62 icons to the "Create New Collection" selection window, most of them already present in the game. The ones shown in the first 3 screenshots pull icons from different EPs so, while you can download this with just base game, you will have blank spots if you are missing any of the EPs I pulled images from. There is at least one image present from each EP up to Island Paradise so I recommend having all of them, aside from Into the Future. I also added icons for all the store worlds, including the one just announced today, Roaring Heights. For good measure, I also added icons for the Base Game, Movie Stuff and 70's, 80's, & 90's since EA seemed to leave those out. The store world icons and stuff pack icons are new resources imported in the file so you do NOT need to own the SP or world for the icon to show up. Having the icons doesn't mean you have the items though. It just gives you another pretty image to select when you create your own collection folders. This mod also edits the order the icons appear in: as shown in the screenshots. The EPs and SPs are in the order they were released, oldest last. After that, the store worlds are also listed in the order they were released, newest worlds first. All icons included in regular resource are still present and accounted for. I did not remove any icons, just added them.

Collection Files:
These collection files go in your Electronic Arts\The Sims 3\Collections\User folder. It does NOT include the actual items so, in the case of store worlds, unless you have purchased the world, you will have a blank folder. These collections use my added icons uploaded in this mod above. If you only download the collections themselves and not the tuning mod, when you first install these and go in game, you will have blank icons and will have to edit the collection to add an icon you prefer. Unless noted otherwise, collections have all items from both buy and build, including buydebug items. All items are listed in the order they appear in the normal catalogue reading from left to right, top to bottom. (So plumbing, then appliances, then surfaces, and so on). Buy items listed first, then build items. If a world has gold items included, those items are after the standard build items so you can keep track. If you only have a standard edition, the gold items just won't show up which means you can still install and use these.I do not own Lunar Lakes, Dragon Valley, or Midnight Hollow and am unable to create collections for these worlds.

Additional Credits:
I don't take credit for any of the icons, including the store worlds. Those all come either from Gameplay data or the official Sims 3 site. S3PE - without which this would have been impossible
Levini - for being my wonderful tester and providing me with the data I needed to make a 1.63 compatible version.

If you need more info, see:
Back to download view
24 Comments / Replies (Who?)