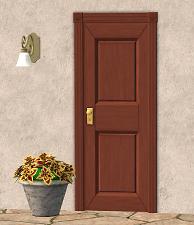 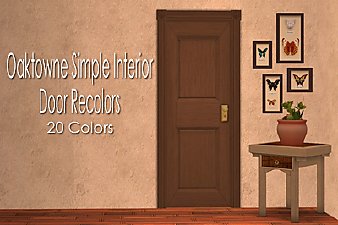 418 Thanks  Thanks     60 Favourited
This is a Maxis Recolour which means that it is a recolour of an item that already exists in your game. Please check the Expansion pack requirements to see which game pack it recolours.

I received a request from somebodyallie to recolor these doors, so...Here they are!

I skipped them in my run through basegame doors mostly because they were pretty similar to the Walnut Door. In fact, I think they're the same exact door, only this one has fancier jambs with the rosette-looking thingies. Because of that, I though that these might work as exterior doors, too. Plus, I think Leefish made expansion pieces for this door, which will make this more useful. So...Here they are!

They're in my usual 20 wood colors, and they're very slightly (Meaning, probably only I will notice) retextured because I can't leave well enough alone. Here are four of the colors; the rest are shown in attached pics:

The pics used to make those collages were taken in indoor light with one ceiling light turned on, and I have the Radiance lighting mod. So, bear that in mind, as the colors might look different in your game. And here's one of the colors -- Weathered Cayenne, I think -- in outdoor lighting, should you want to use this as an exterior door: 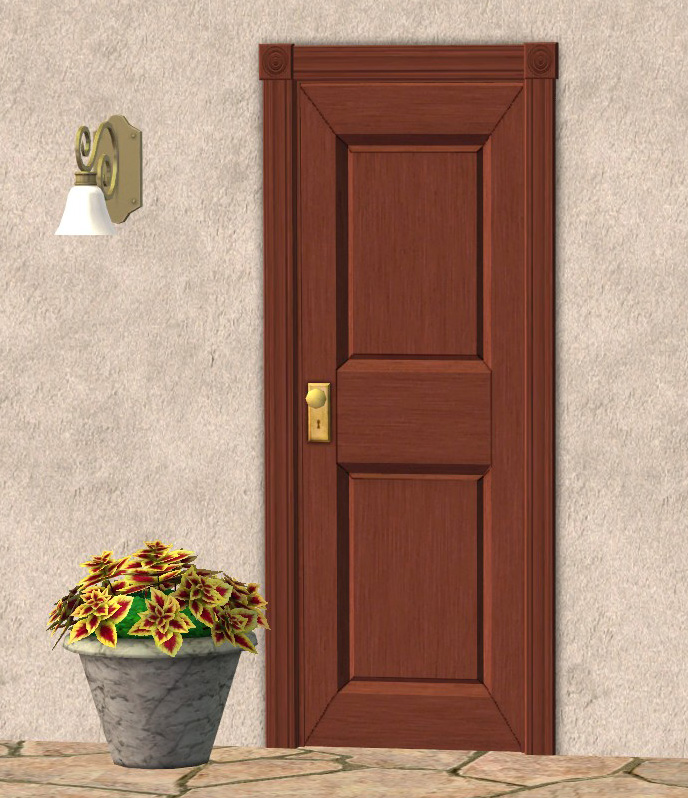 So there you go! Sorry it took so long, somebodyallie! As usual, the files are compressed and clearly named so that you can more easily discard colors you don't want. I included copies of the collage images in the zip to make that easier.

Credits:
The usuals, SimPE, Photoshop CS2, jfade's Compressorizer
Also Madonna, because I've been making lots of stuff lately and have been listening to sugary 80s pop, God help me, while doing it. And now I can't get her first single, "Holiday," out of my head. It should be very annoying, but somehow...it isn't? Weird....Well, I guess it's better than having Debbie Gibson in my brain. 'Cuz, y'know, sugary 80s pop.