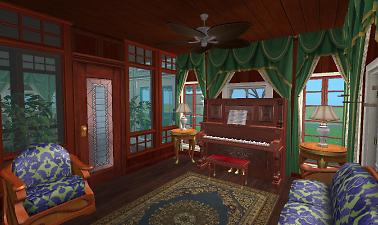 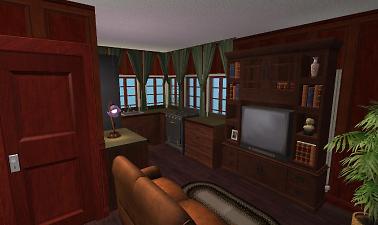 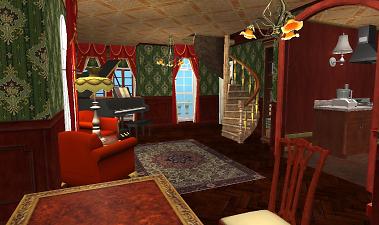 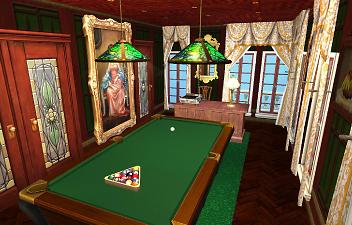 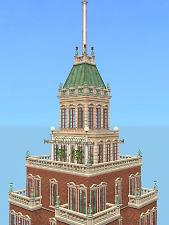 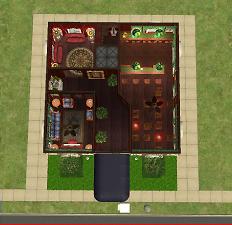 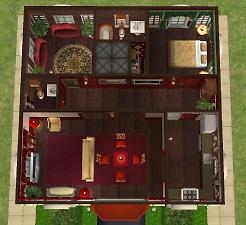 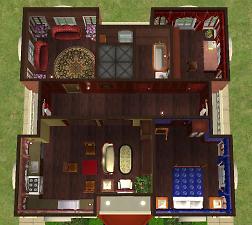 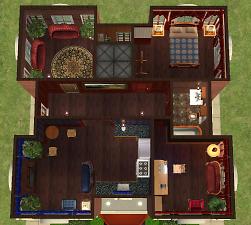 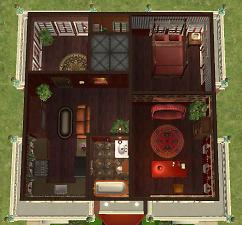 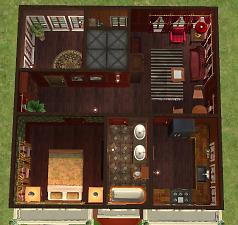 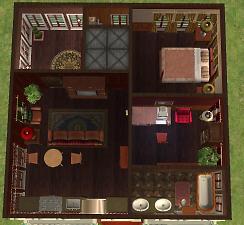 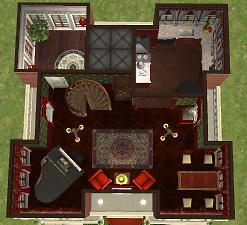 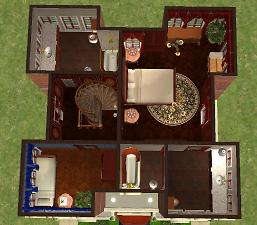 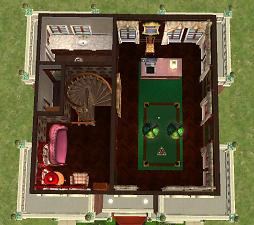 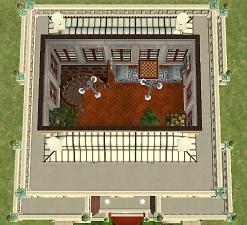 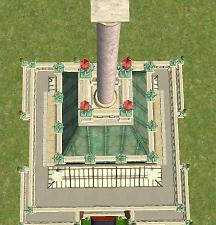 174 Thanks  Thanks     57 Favourited
Not every skyscraper in a city's skyline will be a brand new building of glass and steel (unless you're in one of a handful of cities that have just now reached the point of building towers into the heavens!). If the city has much history at all, some of the highrise buildings that give it a distinctive silhouette will have stood there proudly for decades. While I tend more towards modern buildings in my own construction, I wanted my downtown to have a bit of historical flavor, so I turned my attention to the styles of the earliest years of the 20th Century, and made a skyscraper with that in mind... The result is the Sinclaire Building, ready to be transplanted into your bustling downtown or artist's quarter to provide that historic touch!

It should be pretty obvious that part of my design inspiration for this building came from the stepped facade of the Empire State Building in New York- a more iconic example of Art Deco architecture would be hard to find! The crown of the building was also inspired by a New York City skyscraper- the Carlyle Hotel, in this case. Various other elements are inspired by buildings of the time, scattered all around the world, and too numerous to mention! The interior of the building carries less of this influence for a variety of reasons (chief among these being that the building's footprint is just too small for the sweeping halls that I would have liked to include...

) but it still fits with the era the building is meant to evoke. 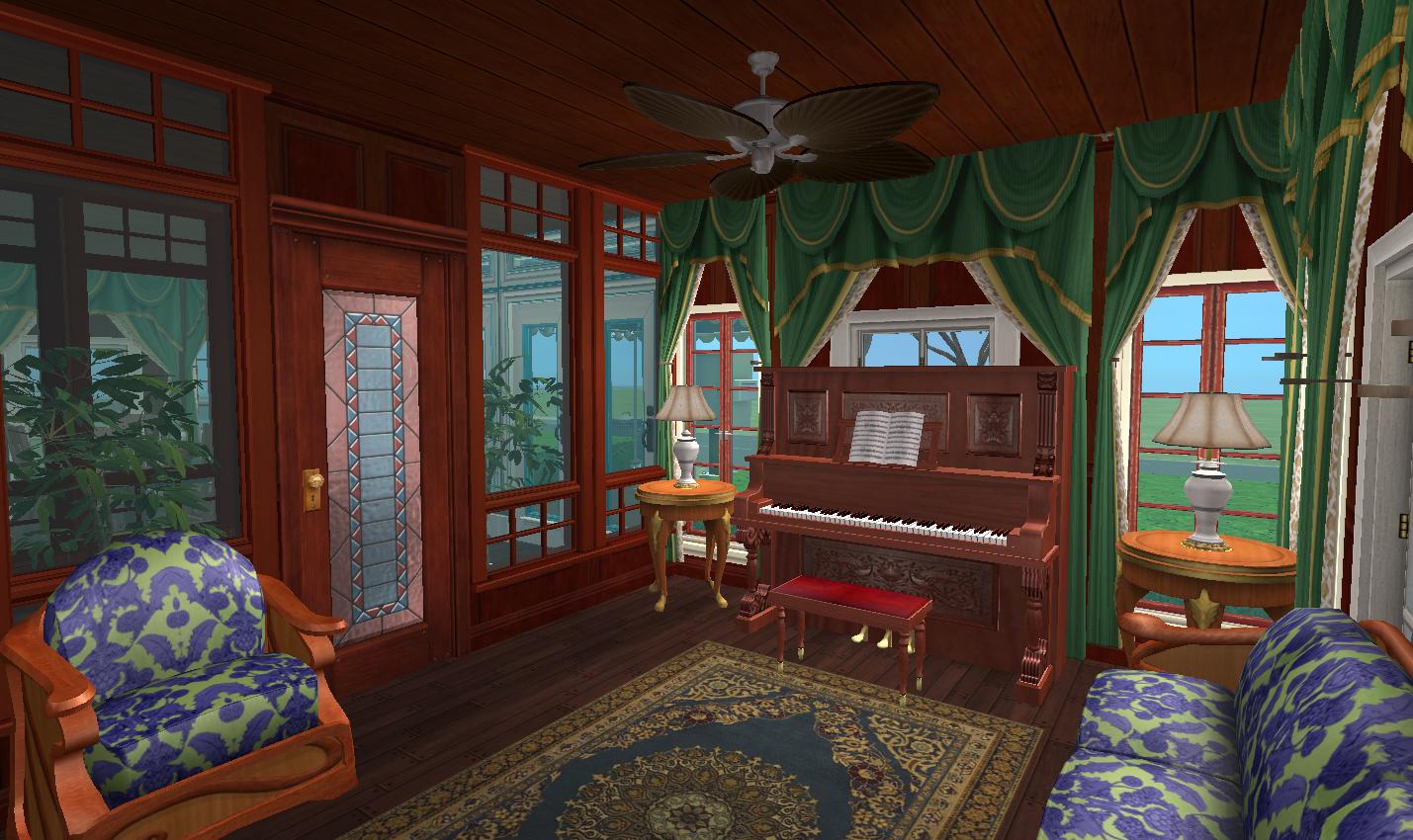 ) Because of this, a building's public spaces would have to provide a welcoming space for the wealthy and powerful of the day to meet over a cigar or glass of brandy. Solariums, smoking rooms, music halls, and libraries would fill this need, and the first floor of the Sinclaire Building fills this need for your Sims, with a turn-of-the-century pub and a smoking room awaiting your pleasure. 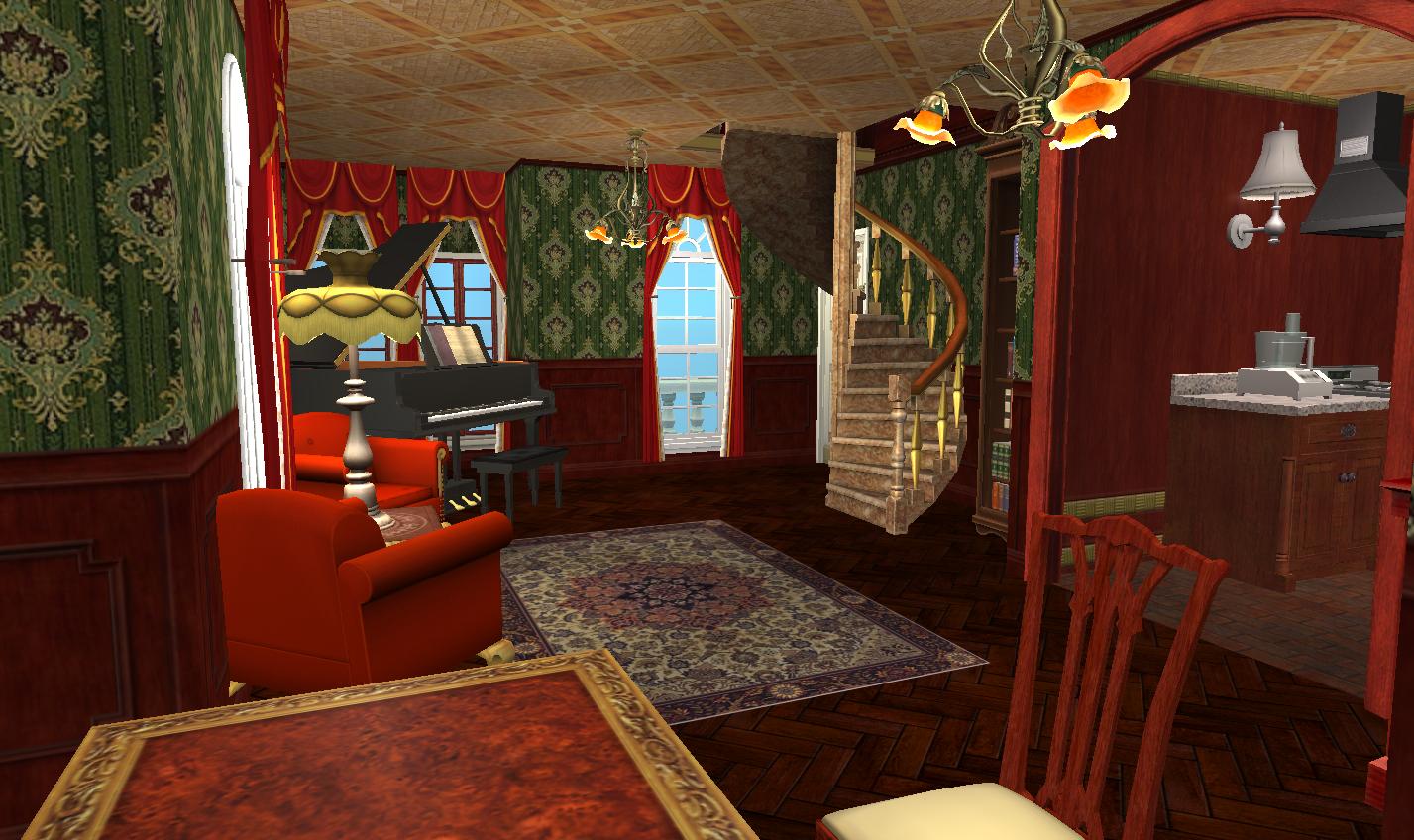 Perhaps more than any other invention besides steel itself, the elevator made skyscrapers a viable type of building. Before you could climb into a box and be whisked up to the top floor by cables and pulleys, the only way to climb to those lofty heights was by a long, tiring staircase. Small wonder that the penthouse used to be the LEAST desirable space in a building! Despite spectacular city views, very few people would have any interest in climbing past floor after floor to reach them.
The result was spaces in older buildings that don't have the grand, opulent feel of a modern skyscraper's luxury apartment. Even once elevators made a room in the clouds appealing to the wealthy, the penthouses of older buildings were small, awkwardly formed spaces, and this building is no exception. The furnishings and decorations are all top-of-the-line, but the penthouse still has the feel of a space that was never really intended for the wealthy to call it home. Not that something like that will stop your old-money Sims from moving right in though, right? (and don't worry- the Sinclaire Building was designed to include all the latest innovations of its time, so an elevator is available just as in any modern tower!) 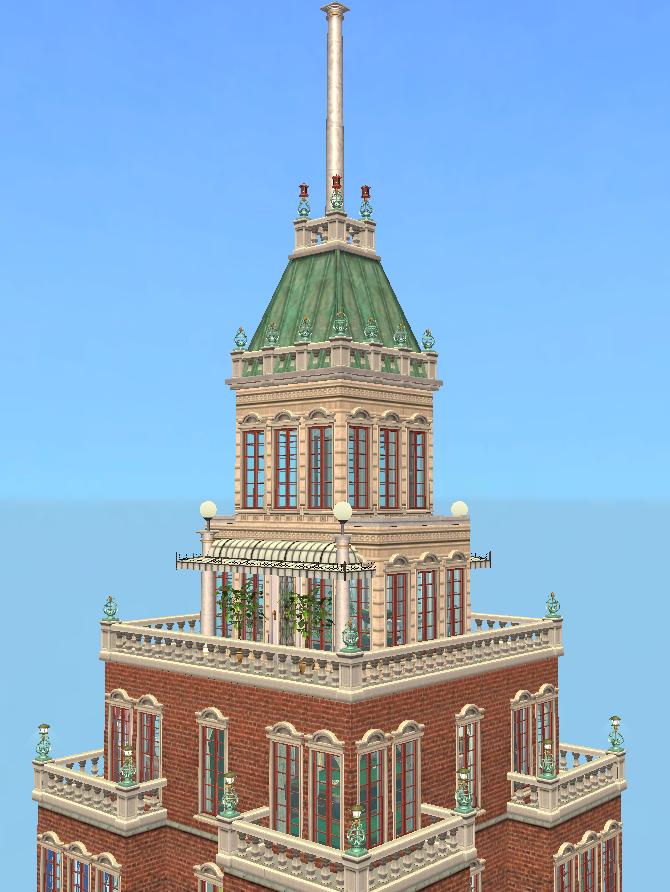 As with all my skyscrapers, this is a much larger building than most that you'd find on a 2x2 lot, so expect slower game performance if you run it on a slower or older machine. Likewise, a skyscraper can make camera placement slightly trickier than it is with a more conventionally shaped lot, though certainly not a problem if you're practiced at manipulating the camera- I'd recommend using low camera angles and higher zoom levels- that seems to keep the camera position at its steadiest.
There are a total of 7 apartments available in this building, each occupying at least one entire floor (the penthouse takes up the top 4 playable floors), ranging in price from $1407 to $5575 per week. Aside from the penthouse, you'll find that the more spacious residences are on the lower floors (again, an echo of the designs created before elevators were so common).
That should about cover it- as always, I hope you enjoy this lot, and that it brings a bit of historic flavor to whatever neighborhood you choose to place it in!

Additional Credits:
Inspiration for this building came from various real-world buildings made in the Art-Deco style. Particular thanks go to the Empire State Building (a tad obvious, I should think) and the Carlyle Hotel, both in New York City.