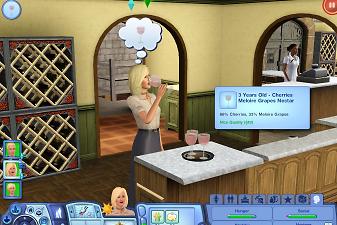 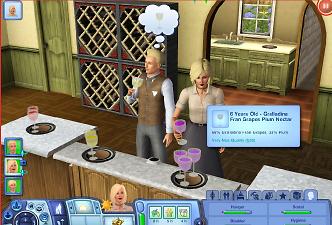 39,835 Downloads 1,799 Thanks  Thanks 596 Favourited 147,929 Views
Featured Upload!   This is a featured upload! It showcases the best talent and creativity available on MTS and in the community.

23-JUL-2013: Sims will stop tasting nectar from racks autonomously when there are too many served glasses of nectar on the lot.

12-JUL-2014: Sims serving nectar from bars will now choose to place the serving tray on the bar itself (providing there is free space for it) over other surfaces.

This mod replaces the default nectar glasses with the round cocktail glasses from Late Night which was the closest thing to a wine glass I could find existing in the game. Nectar served with this mod also comes in a variety of colors depending on the fruits used in it, unlike the dull colorless liquid in the default glass. 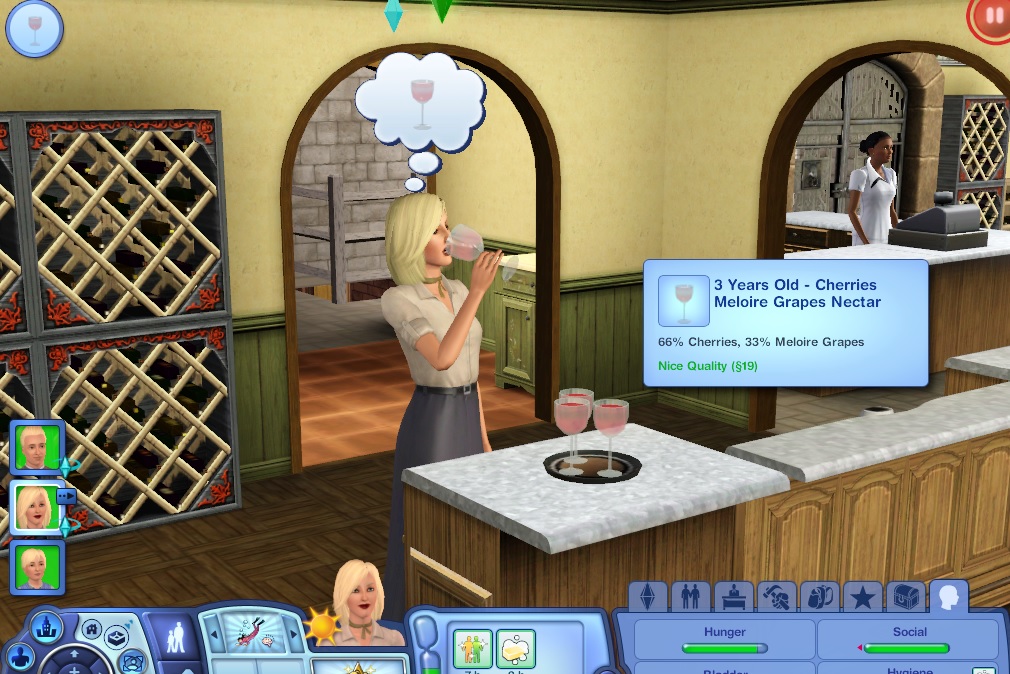 Initially all I thought I needed to do to alter the nectar glasses was to override the objects files with the ones I want - which worked, but the two different glasses had different holding and drinking animations which had to be altered as well (I thought it could be ignored at first... until my test sim started smashing their glass INTO her face repeatedly) Problem was that nectar glasses and professional bar drinks use totally different drinking interactions/animations so just changing the model of the glass wasn't cutting it.

So instead the mod introduces a custom glass to the game - a round cocktail glass containing a fake drink that gives the sim drinking it the effects of drinking nectar. (i.e. a nectar glass disguised as a professional bar drink in look and function) Then I altered the interaction sims use to serve nectar from bottles and nectar racks to pour the nectar into the new glasses instead of the default ones.

Do note that the interactions sims use to drink from the original nectar glass and the new ones are totally different now.Also when sims pour nectar there will be some clipping between the bottles and the new glasses due to them being taller than the original ones. 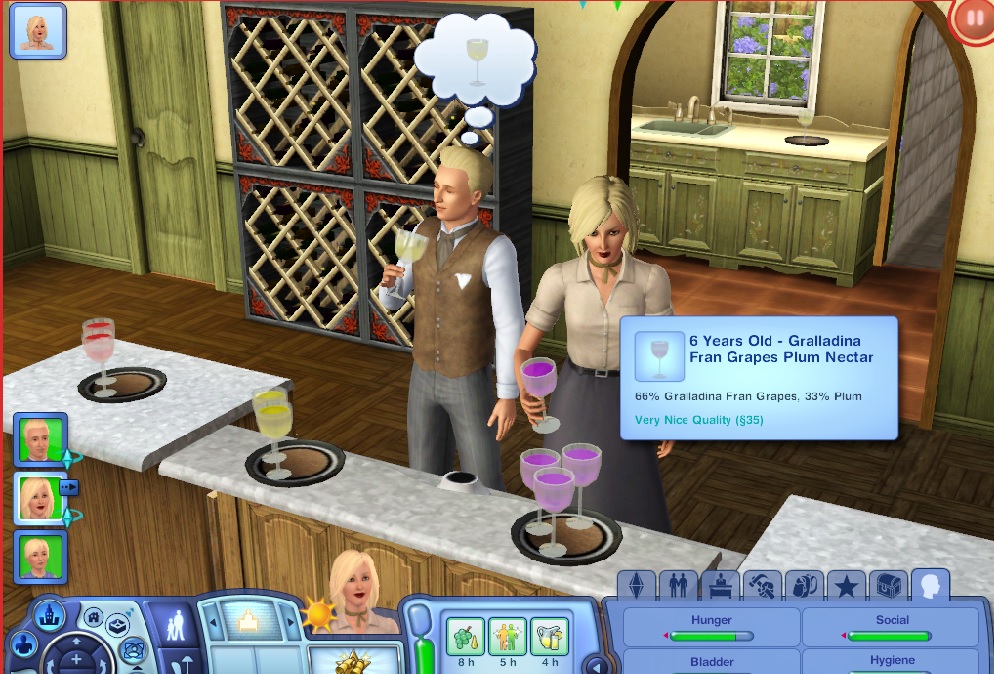 Since the round bar glass model can be changed to have different drink colors I thought I'd have a little fun with the mod and use this to give nectar some color as well (although in the pouring animation the liquid coming out of the bottle will always be red, despite the original nectar liquid being totally clear due to some reason. Only 5 drink colors are available in game, namely Red, Orange, Yellow, Purple and Green.

I've assigned every fruit from all expansions and store sets to one of these colors based on their in-game appearance. Based on the type and percentage of fruit in the nectar, the dominant color is chosen for it. For example:

I've included an XML in the mod that tells the mod which color to assign which fruit, so you can use S3PE to edit it to your liking. (The fruit are listed by the "Ingredient Key" values according to the Ingredients XML in the GameplayData package and ccmerged) By default every fruit from the game from every expansion and store set should be listed there so you can shuffle them around or remove them from the list altogether (If the game can't find a certain fruit in any of the lists that fruit will simply not contribute to the color calculation). If you have a mod that introduces custom ingredients that you want accounted fo, just add the the "Ingredient Key" of that ingredient (which you should be able to find within an XML in the mod that adds that ingredient) to the appropriate color list in the XML.

Built and Tested on patch 1.67

Requires World Adventures AND Late Night for the round cocktail glass.

Sadly, without Late Night installed there simply are no drinking animations for the Island Paradise cocktail glass except for when sims are seated at a pool bar. As such, this mod does require Late Night after all. Thanks to Butterbot for calling this to my attention, and apologies to anyone who expected the mod to work with only IP

Additional Credits:
The Jones' for S3PE To all who've helped me with script modding so far. And special thanks to lataya25 for suggesting this