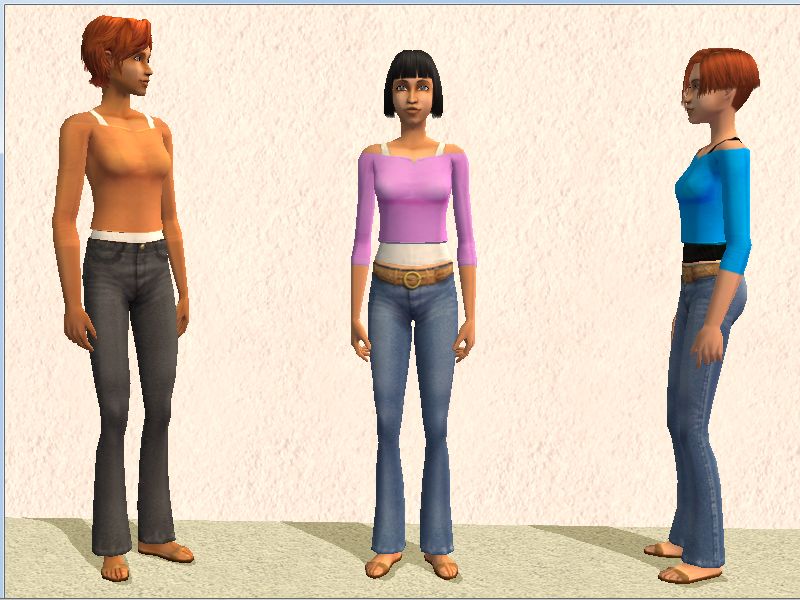 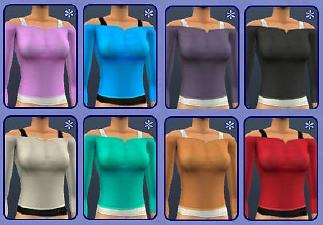 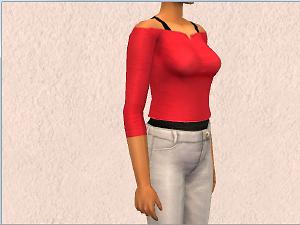 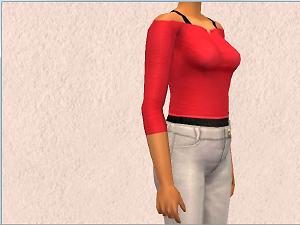 36 Thanks  Thanks     4 Favourited
This is a Maxis Recolour which means that it is a recolour of an item that already exists in your game. Please check the Expansion pack requirements to see which game pack it recolours.
These tops were originally made by Aquilegia as texture replacements for aftophalter and tftophalter. The textures were originally by Xandher, and were heavily edited to fit the meshes. No further credit was given, but they appear to be edited and recolored versions of a style in part 2 of Xandher's Weekender set at TSR, with the edit stretching the original cut-off over-tee to midriff length.

The textures are Aquilegia's originals renamed and re-identified so they would fit into the recolor packages made by Body Shop. I added them to the packages, and recompressed them with SimPE, but did nothing else to them. They were made to use the waist ridge in the Maxis halter meshes to provide an extra 3D effect. They will work with the teen and adult halter meshes in HP's BG Female Modesty set or with CatOfEvilGenius's untuckable AF mesh, but that extra effect will be absent.

The teen and adult meshes use different mapping, so the teen and adult packages are separate. The adult and teen files are in separate rar files. Also, since Maxis made 8 halters for adults, but only 5 for teens, the teen set does not contain the red, orange, or green recolors - the last three in the image below. They can be downloaded from this thread. 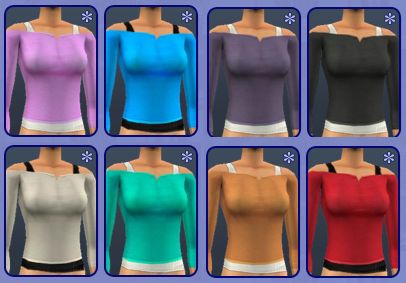 Here's a close-in shot that should show the 3D effect produced by the waist ridge on the Maxis meshes. 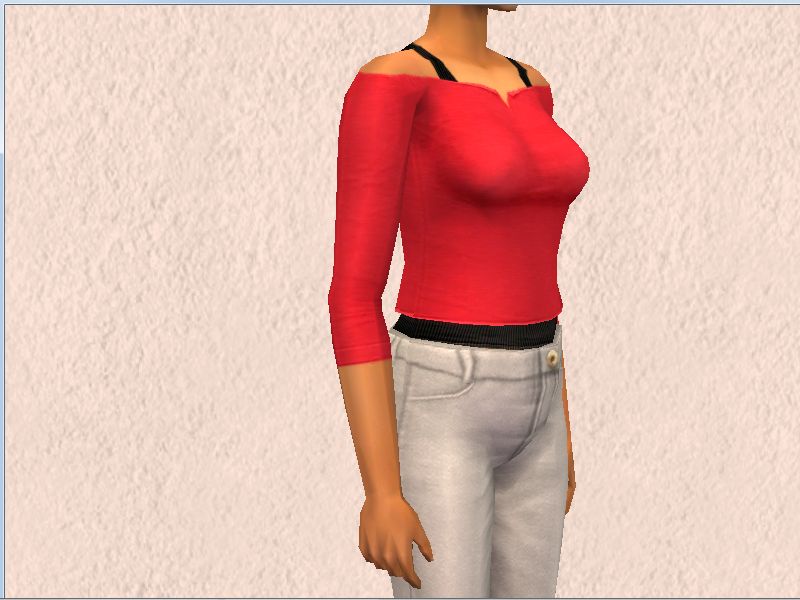 Click the spoiler button to see how the tops look without the ridge. 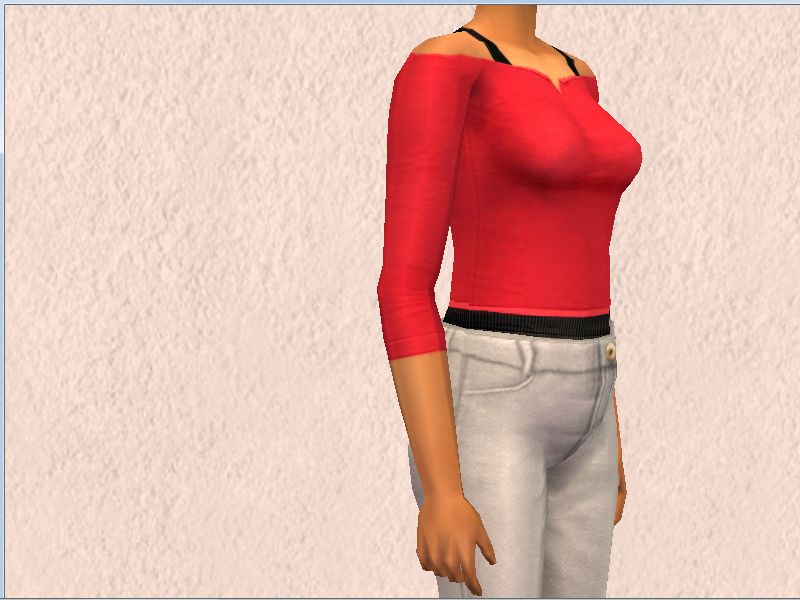 
Additional Credits:
Aquilegia/Magpie, for the default textures and open-use policy.
Xandher, for the original textures.