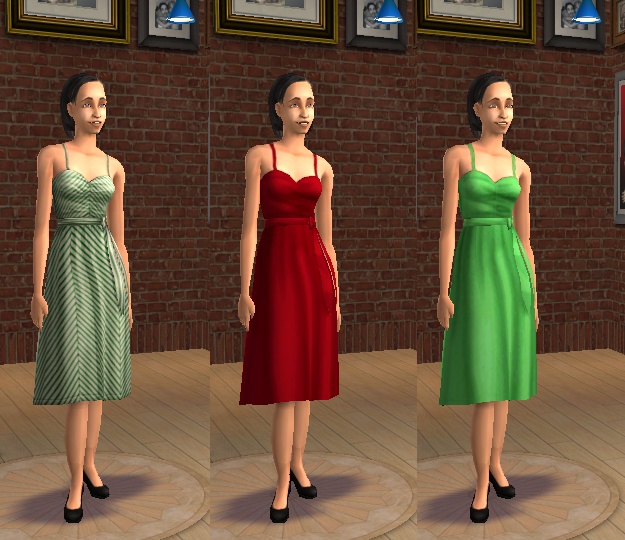 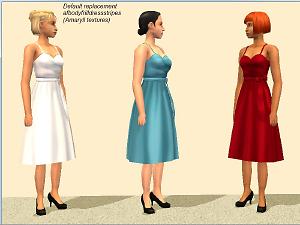 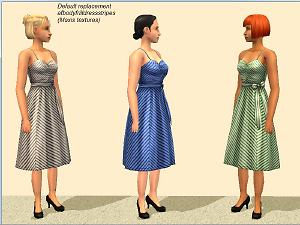 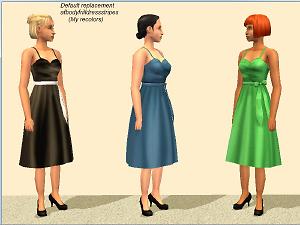 43 Thanks  Thanks     5 Favourited
This is a new mesh recolour, and means that you will need to download the particular mesh itself in order for this to show up in your game. See the Meshes Needed section or read the text for more information.
These are default replacements for afbodyfrilldressstripes, from the H&M Fashion Stuff Pack, so H&M is required for them to work. While the Maxis originals are set as Everyday only, I have set the replacements as Everyday and Formal. There are three replacement packages, each with its own set of textures. You can swap them in and out as you choose, but can only use one at any given time.

Each package is in a separate rar file, so you can download just the one(s) you want. In addition, I uploaded non-default versions of the retextures and recolors I made for the defaults. These are also set as Everyday and Formal, and are base-game compatible.

Each rar file has a copy of the mesh as a separate package. The dress part of the mesh is from Amaryll's default for afbodyfrilldressstripes. The shoes are by Shananigan. Jessy put them together as part of this set at GoS.

Note: the mesh uses two groups (one for the dress, one for the shoes) instead of the single group used by the Maxis mesh. If a category mod for afbodyfrilldressstripes loads after the default package, it could keep the replacement outfits from displaying properly. However, this should not be a problem if the category mod is installed in either the \TSData\Res\Catalog\Skins or \TSData\Res\Catalog\Bins folder of your latest expansion pack. (I have tested this with the H&M package from Phaenoh's Great Clothing Migration.)

There are four rar files. The first three, are default replacements, and require H&M. For each one, click the infobutton to see a pic of its contents. In all three pics, the replacement for Maxis black is on the left, for Maxis blue is in the center, and for Maxis green is on the right.

1) is Jessy's set, made into a default. She used Amaryll's textures, so it is basically Amaryll's default with heels instead of flats. I used the same replacement order: white for black, blue for blue, and red for green. 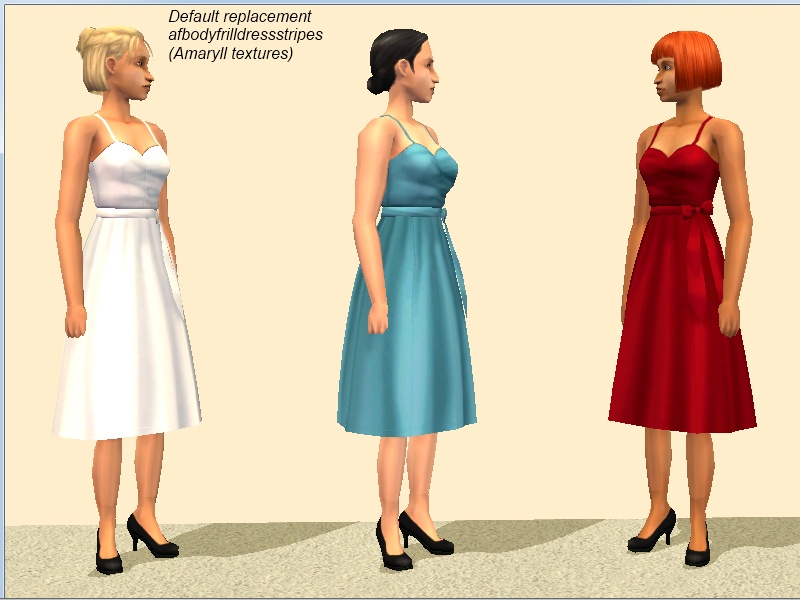 2) is Maxis-matching. I used the textures Artemida made for this default, since they were already mapped onto Amaryll's mesh. 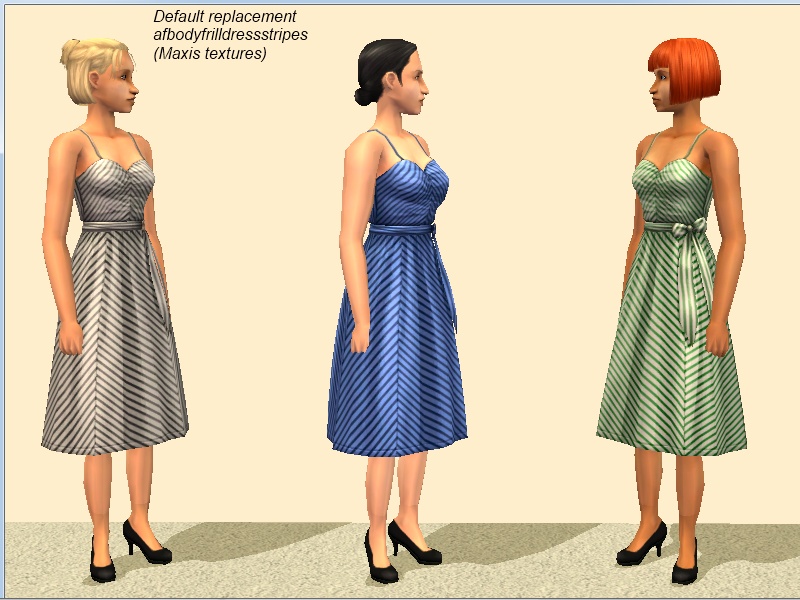 For 3), I made black, darker blue, and green recolors of Amaryll's solid textures. 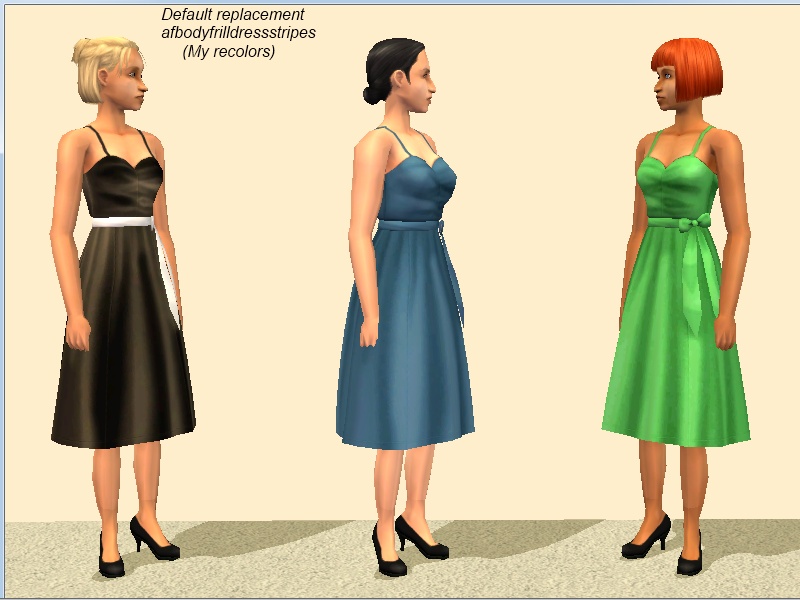 4) contains non-default versions of the outfits in 2) and 3). They do not require H&M.

For a non-default version of 1), download Jessy's original set, and look for packages with "Amaryll" in the filenames.

Also, thanks to alien pod for the link that led me to Jessy's set, and the keepers of the Sims 2 Default Database, without which I could never have found the parts that went into this.