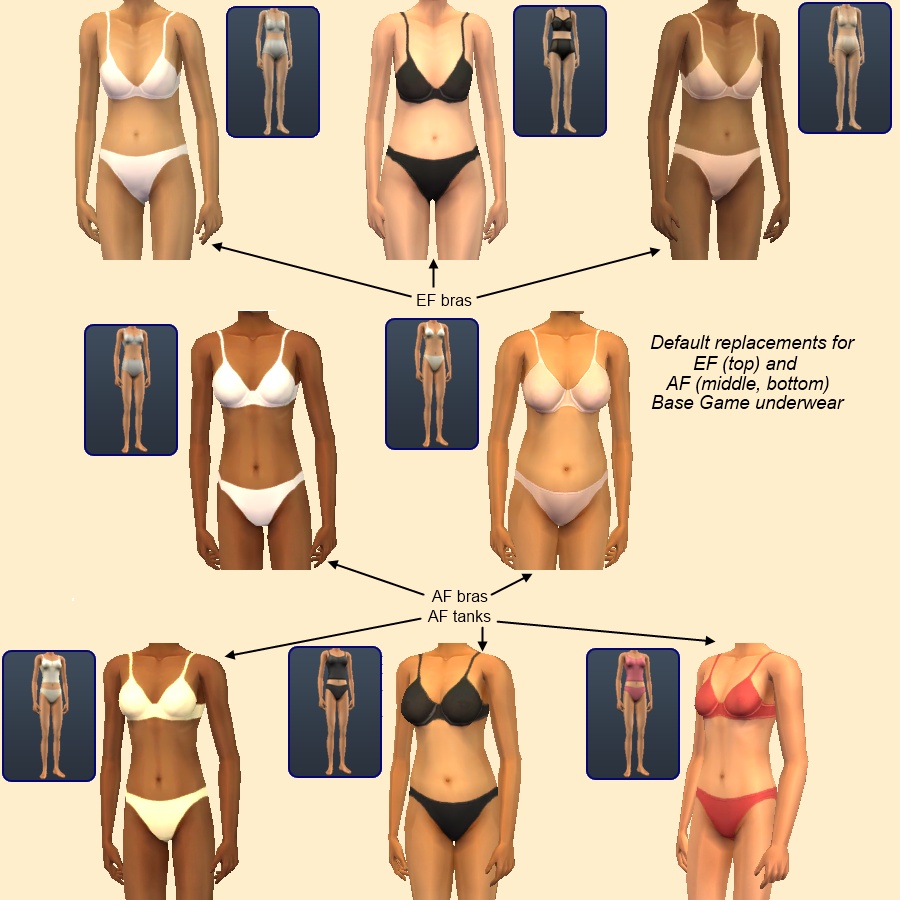 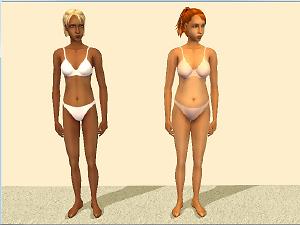 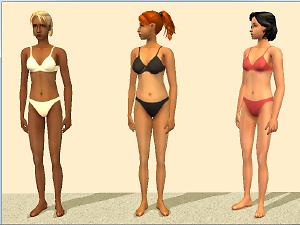 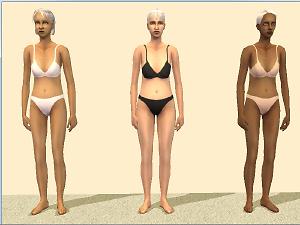 4,746 Downloads 72 Thanks  Thanks 18 Favourited 35,842 Views
Created by dharden
View all Downloads
Uploaded: 18th Aug 2018 at 10:33 PM
These are texture replacements for the base game's underwear for adult and elder females, using RentedSpace's 3t2 conversions of the TS3 base game underwear. There are three packages, one for the EF bras, one for the AF bras, and one for the AF tanks. You can use any or all of them, as you choose. The AF bikinis which are categorized as both swimwear and underwear are not included. The YAF tanks from University are not included, but replacements for the AF tanks will be available to YAF if University is installed. Textures are compressed.

Additional Credits:
EA, for the original TS3 textures
RentedSpace, for converting them for TS2, and including PSD files.

Frank Blumenberg and Tao Yue, for the plugin that lets Paint.NET read PSD files.
Other Information