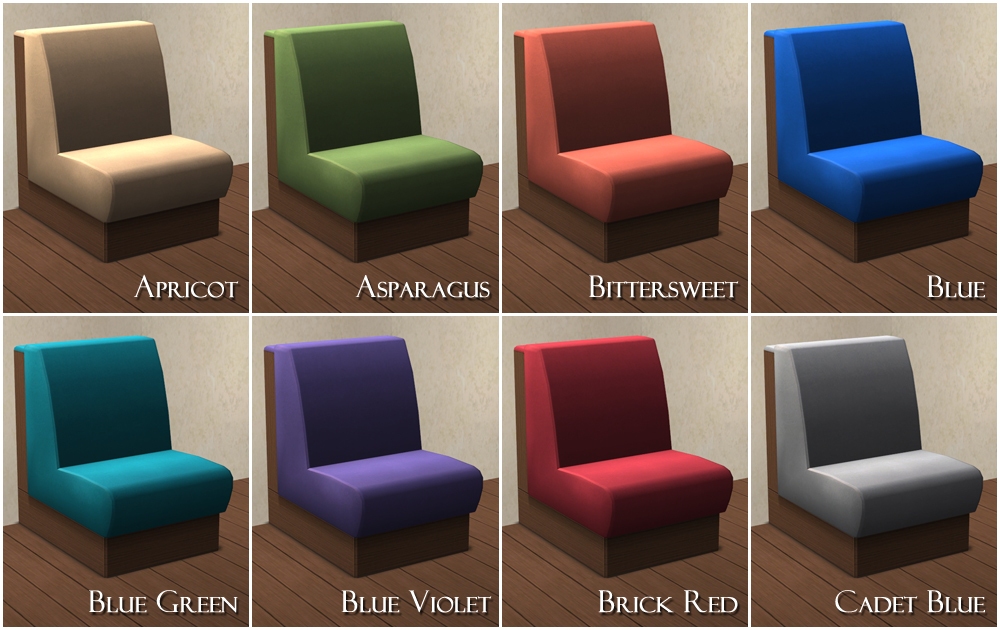 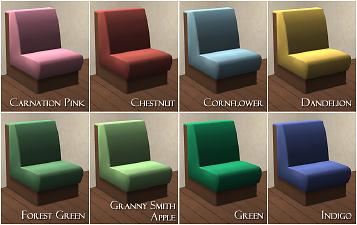 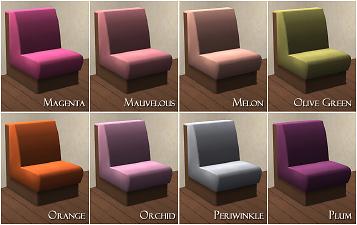 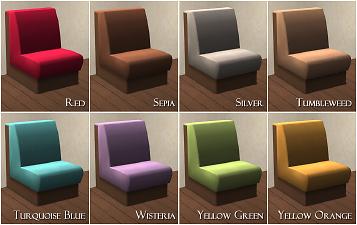 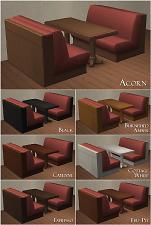 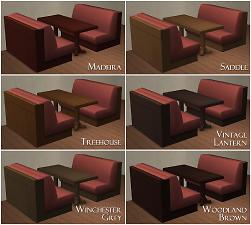 Created by iCad
View Policy / About Me View all Downloads
Uploaded: 2nd Mar 2015 at 6:09 AM
I've been having hellish hours at work, most of the time of which is spent sitting and doing nothing, which is just so much fun. Luckily, my little netbook has Photoshop on it, so I've been passing the time making PNGs for recolors. Figured I'd share some here instead instead of just plopping them on my Simblr, as I'm generally wont to do lately.

Anyway, I have vague notions of wanting to make over the Red's 50s Diner lot in the Maxis downtown. I don't really know what I'm going to do with it yet, but I've been making some recolors in anticipation. These booths will likely be in there somewhere. These tables probably won't be, but I've been wanting to do them, anyway, so...Yeah.

So, I recolored the "Jacuster's Last Stand" sectional thingy and the "La Table" dining table, both from Nightlife. There's 13 wood colors for the table and the frame of the booth thingy, which are the usual 12 wood colors I do plus a black because I might possibly need a black for the theoretical diner makeover. There are also 32 seat colors for the booth thingy, the 20 colors I did of other retro-diner-appropriate furniture over here on my Simblr, plus some other colors for other uses, all from the Crayola colors that I've been slapping on stuff. Anyway, here's half the wood colors, with the others attached in a screenshot: 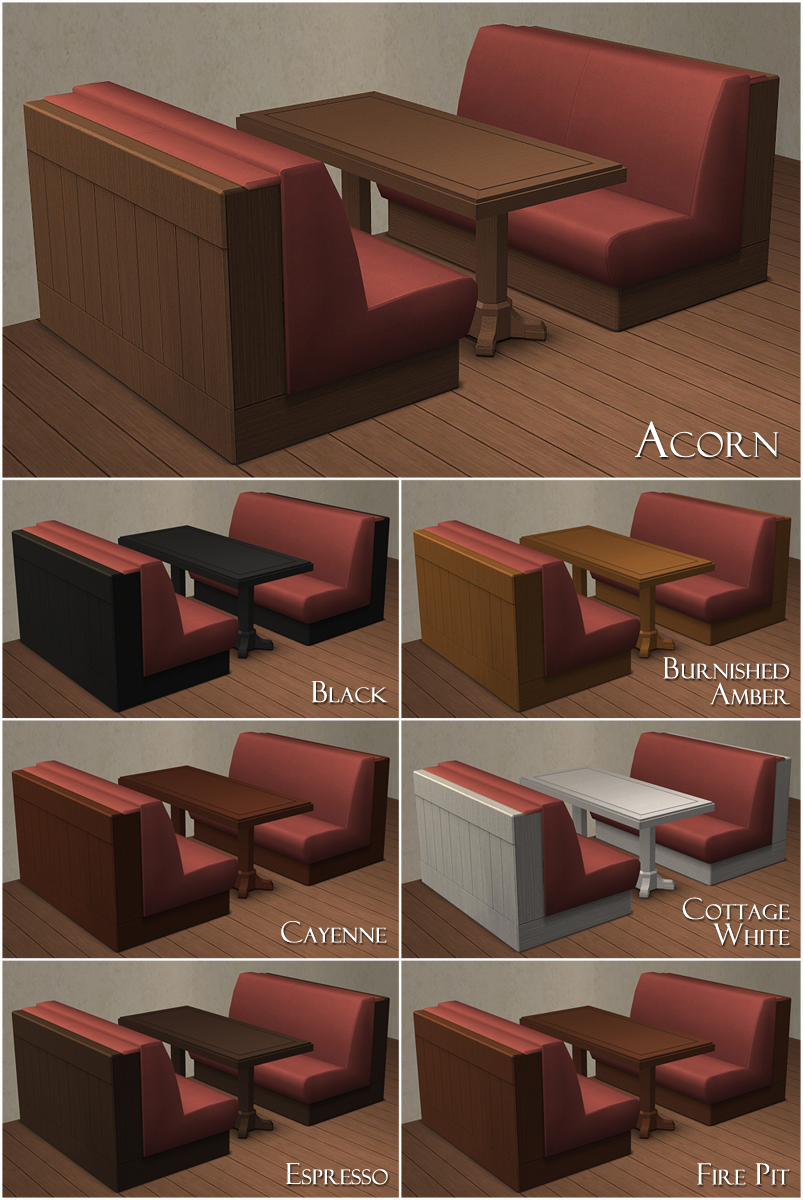 And here are eight of the seat colors, with, again, the others attached. 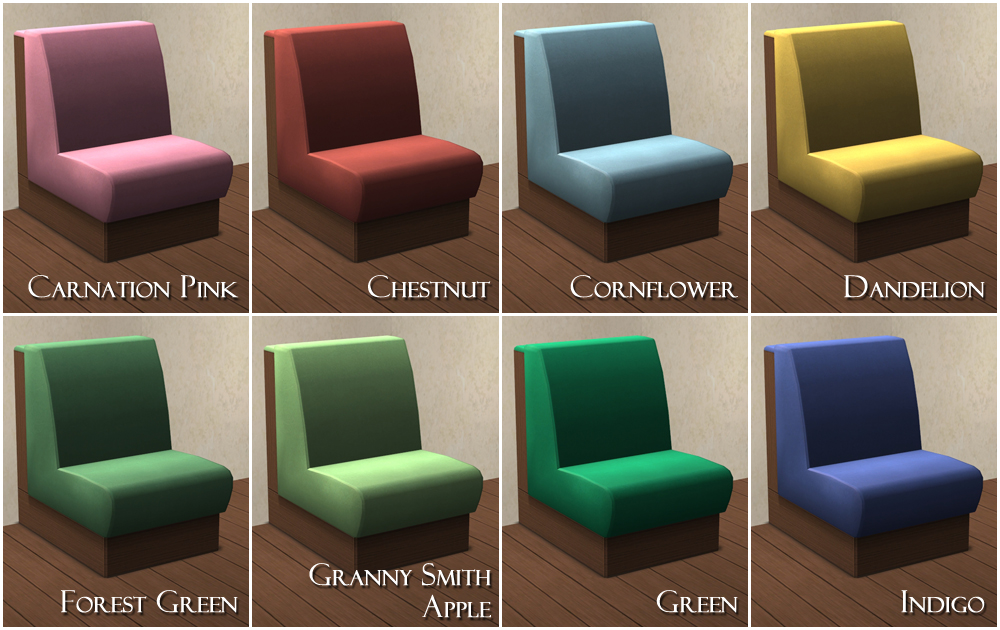 The table files will recolor both the 1-tile square table and the 2-tile rectangular one because they're texture-linked. The table and booth files are uploaded separately in case you don't want both. All the files are compressed and clearly named. I didn't include pictures in the download files because that would have made them quite large. So, if you want pictures, best get them from this page. Annnnnnnd, that's about all I have to say about these.