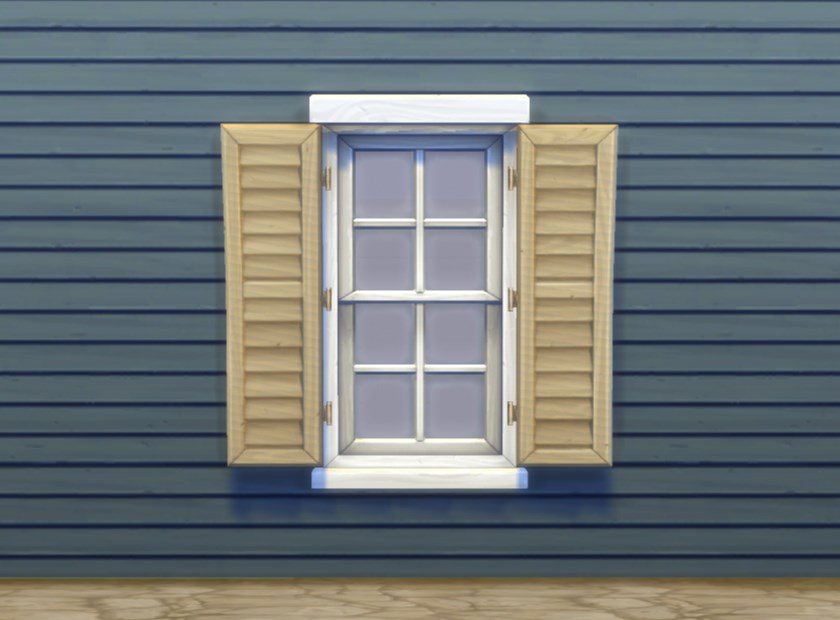 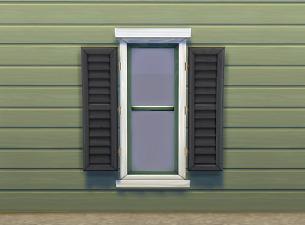 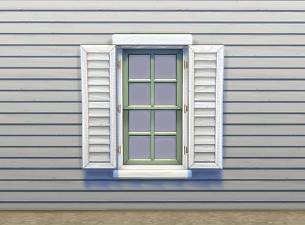 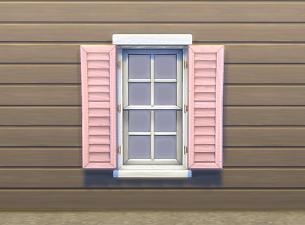 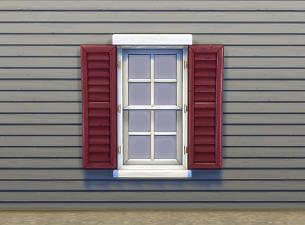 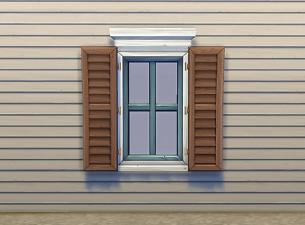 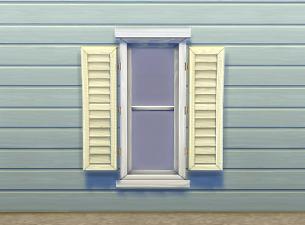 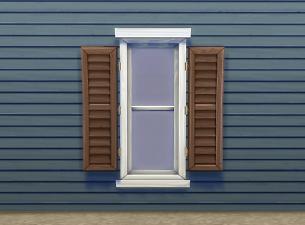 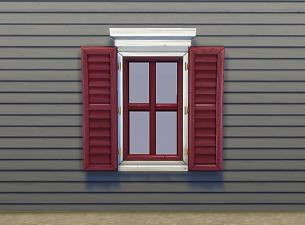 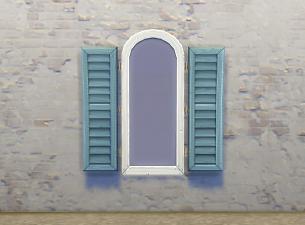 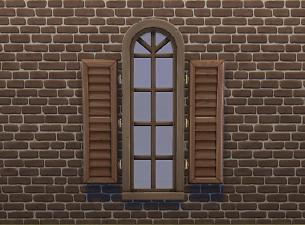 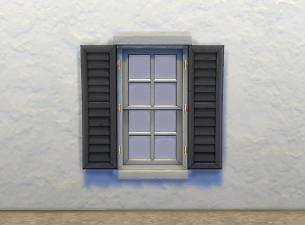 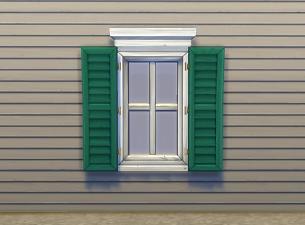 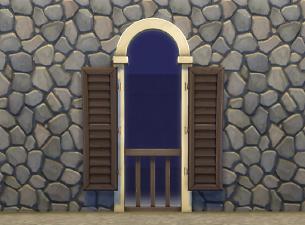 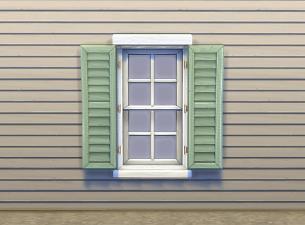 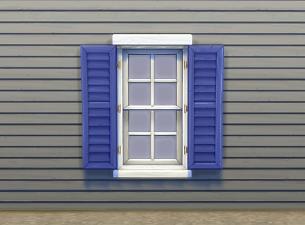 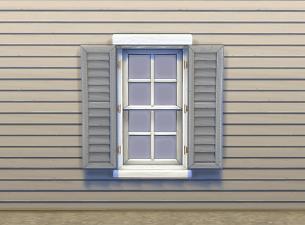 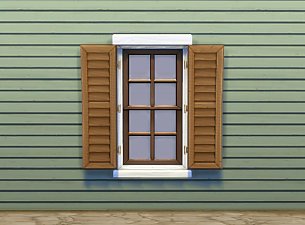 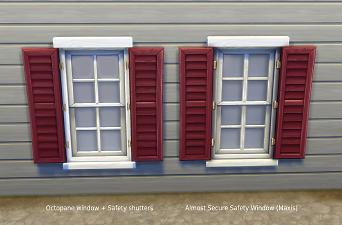 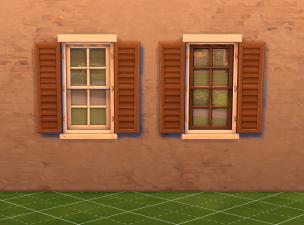 These are the shutters from the Maxis “Almost Secure Safety Window” (Base Game) made available as separate object, which allows for a lot more flexibility (16 shutter colours x 16 window colours = 256 possible combinations). 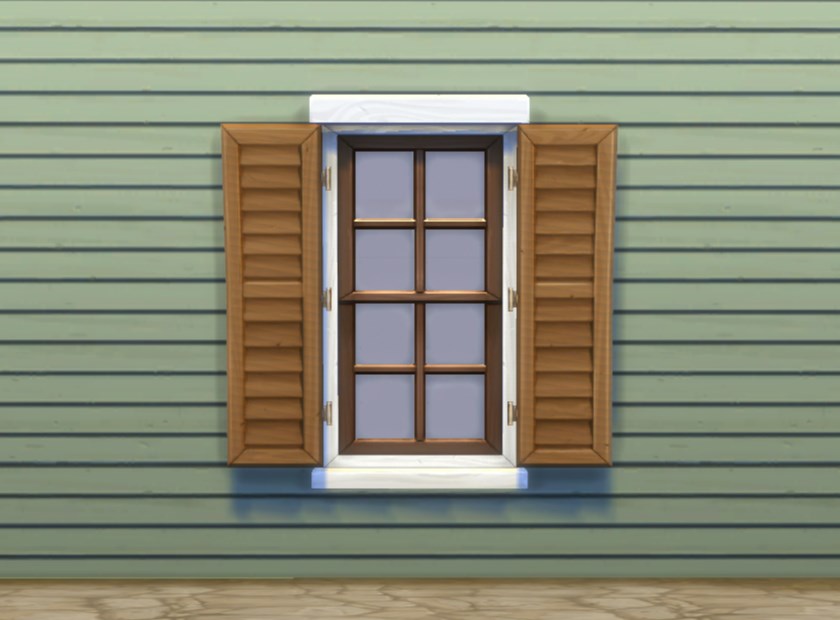 They look best with the Octopane or Two-Tile Octopane window, but can be used with a few other windows as well, see screenshots. You do not need moveobjects to place them, they can intersect with windows and other wall deco (flowerboxes and the like) and will work on diagonals too.

The combination of Octopane + shutters is not completely identical with the existing shuttered window (see screenshot for a close-up), because that has shadows painted onto itself that I can't recreate since that would require dropshadows which aren't being rendered outdoors. But it's reasonably close.

Available in Build Mode > Wall Attachments for 40§, in all colour variants of the “Almost Secure Safety Window” (some of which came with the December Game Pack (Careers Patch) so you need that for those to show up). Textures are referenced as usual, so any overrides you have for that window will be picked up by these shutters as well.