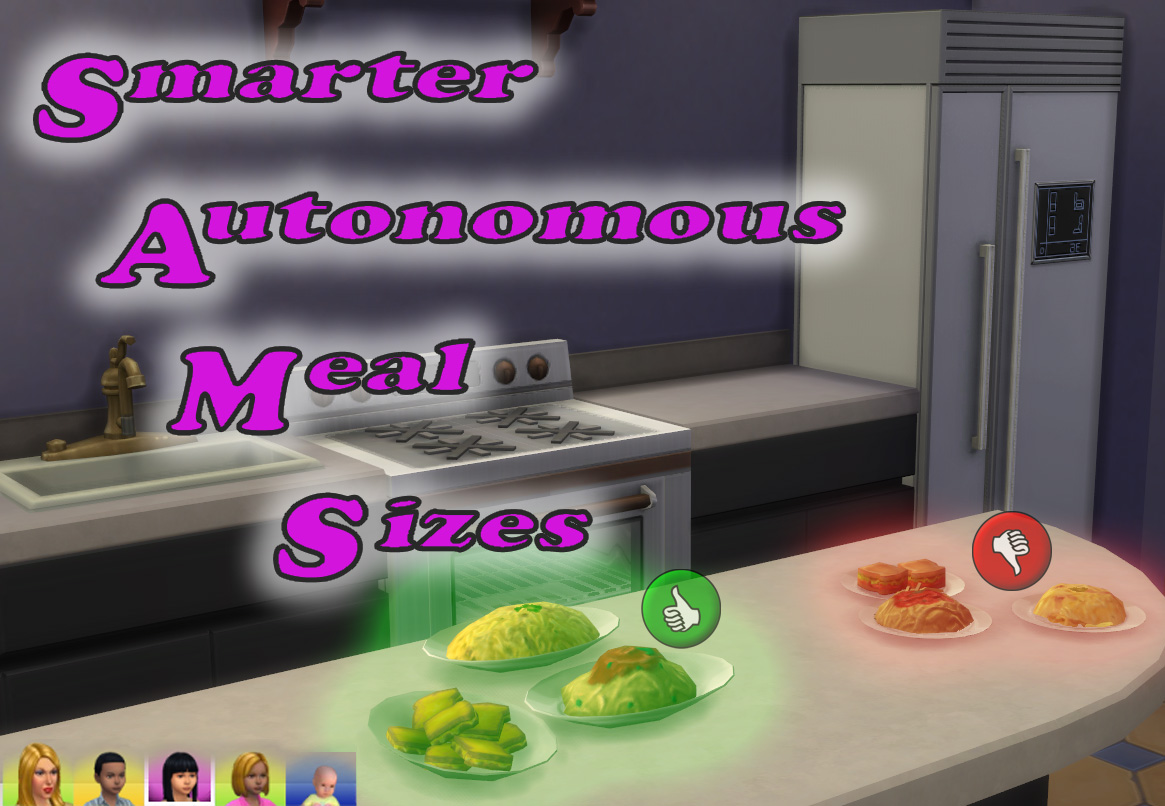 The version of the mod which uses the script to modify the game objects does not require updating.

I found the default choices made by sims for meal size when cooking to be annoying. The default is to cook a single plate of a meal unless there are other hungry sims in the household, which ignores the fact that meals don't spoil right away particularly if they are popped into the fridge and fails to predict that other sims may soon be hungry even if they aren't now. This mod alters the autonomous meal cooking behaviour in the game. The following changes are made:
Compatibility and Installation Instructions

There are two version of the mod. The normal version uses a script to add the new interactions for the fridge objects. As some simmers prefer to avoid scripts, a scriptless (package only) version is also available, however this is more likely to conflict with existing or future mods.

If you do use the scripted version of the mod, you must make sure that script mods are enabled in your game options.

This mod may cause conflicts with other mods which change the meal preparation autonomy. The scriptless version will conflict with any mods that alter the fridge objects.

Download and install only one of the two versions. Use of the normal scripted version of the mod is suggested, but you may use the scriptless version if you do not like script mods.