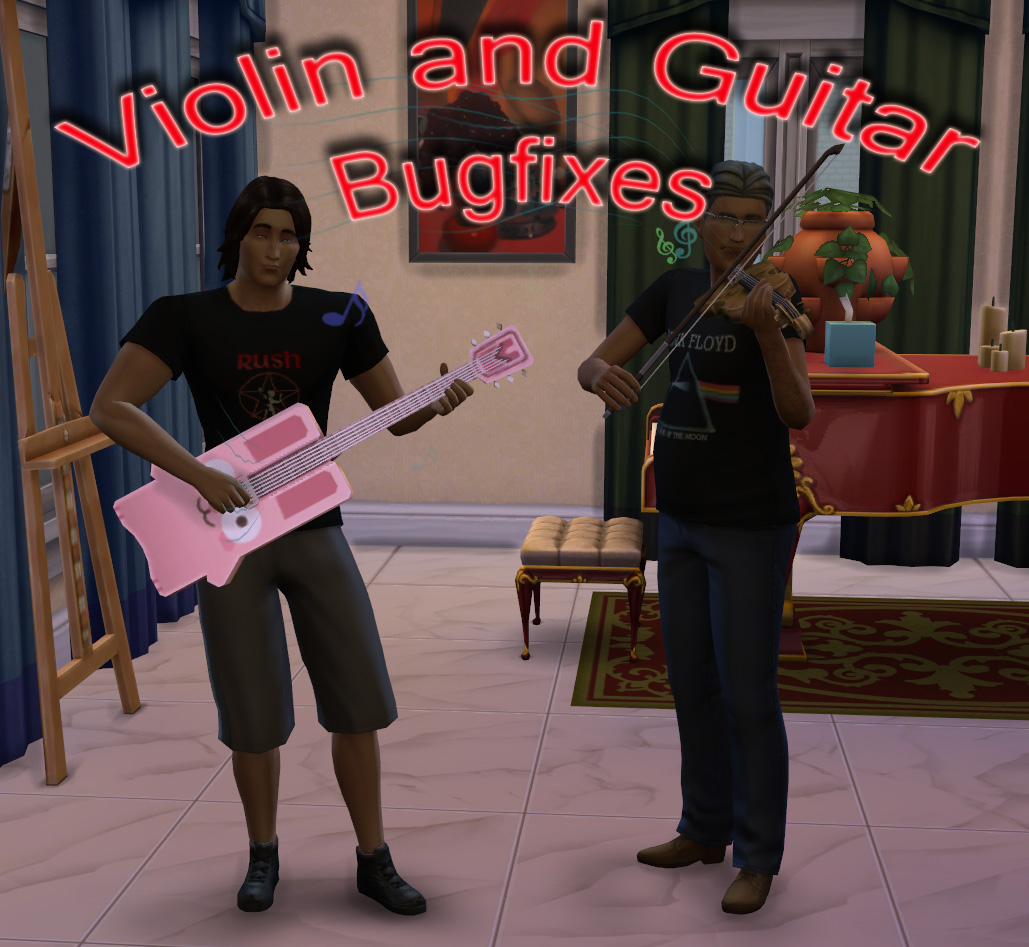 Please remember to delete the old mod if you update.

This mod for The Sims 4 fixes several bugs associated with violins and guitars. One of these bugs was discovered by a user of my Keep Instruments in Inventory mod, however the bugs are not caused by that mod it just made it easier to notice some of the games faults. These fixes are required for the base game only in order to obtain or fulfill several whims and actions that would otherwise not appear or work properly.

This mod may cause conflicts with other mods which change the violin or guitar playing whims or the jingle-writing action. Due to the wide variety of mods and sources for them, it is unlikely I will be able to help you with such a conflict. If there is a conflict, either one or both mods may fail to work properly.

Tech Notes
This may be of interest if you are experiencing a conflict and know how to debug such issues, or if you are creating another mod which changes the violin or guitar playing whims or the jingle-writing action and wish to incorporate these changes to eliminate conflicts. If you do create another mod using these changes, I would appreciate receiving credit.

The following XML resources are modified:

Additional Credits:
As always thanks go to Velocitygrass for the Sims4XmlExtractor and Kuree and all the others at Sims4Group who have put together the S4PE tool.

Also, thanks to Wheatberry at Mod The Sims for finding the violin playing whim bug that kicked off this flurry of bugfixes.
Other Information