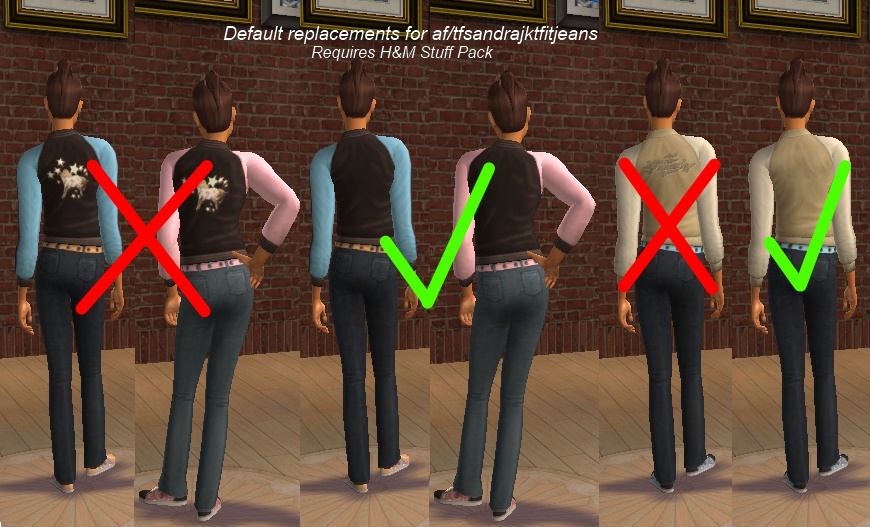 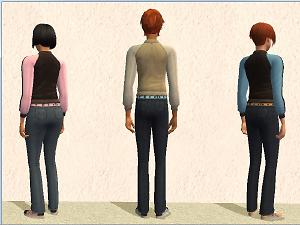 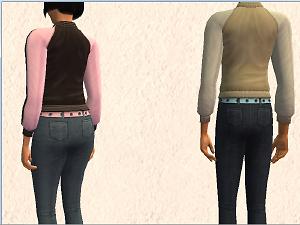 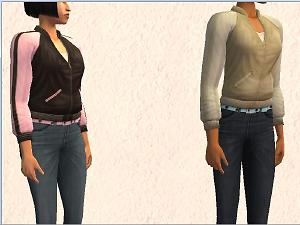 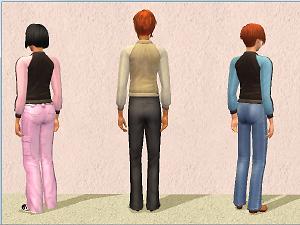 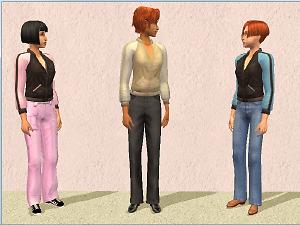 60 Thanks  Thanks     9 Favourited
This is a Maxis Recolour which means that it is a recolour of an item that already exists in your game. Please check the Expansion pack requirements to see which game pack it recolours.
I always rather liked the af/tfbodysandrajktfitjeans outfits from H&M Stuff, except for the backs of the pink and blue jackets. The sparkle-horses always seemed like a bit much, especially for adults, so I didn't use them as much as I might have. Anyway, I was looking at replacements in the Default Database, and came across this teen-only one by Lemonlion. I decided to take a look at it, and found that the jackets were Maxis, except that the designs on the backs had been removed. (YAY!) The textures are credited to Spyro and Amaryll, with recolors by Lemonlion. I have the impression that removing the designs was part of that recoloring, but that isn't mentioned and the link to the originals is dead, so I don't know for sure.

Anyway, I was able to take the blank backs and apply them to the Maxis textures, and turn them into default replacements for af/tfbodysandrajktfitjeans. With Phaenoh's permission, I also did this for the textures in her default replacement for these outfits, so you can have both design-free backs and an undershirt underneath the jacket. Because the brown jacket has a different design, replacement packages for it are separate from those for the blue and pink jackets. Since they replace an outfit from H&M Stuff, H&M Stuff is required.

You can use set 3) or 4) with any of the other three sets, and can use set 1) or 2) with sets 3) and 4). You can mix sets 1) and 2), if you choose pink-and-blue from one and brown from the other, but if you pick the same outfits from sets 1) and 2), all that will happen is that the game will use the one that loads last. You can use any of these replacement packages together with Phaenoh's default, as long as they load after it. So, if you want both her mesh edits and design-free jackets, you can have them.

If you are using fanseelamb's H&M category mod to set the Maxis outfits as outerwear, it will still work with these packages, as none of them contain property sets.

As a bonus, I've included texture-referencing sets that pull the jacket part of the textures onto meshes by Bunhead (for teens) and Trapping (for adults). The texture-referencing packages are originally by Skell. I set them to Everyday only, but left them decustonized and townified on the grounds that Maxis probably should have had the jackets as separate tops. The teen package will replace Bunhead's originals. I assume the adult package will replace Trapping's original, but was never able to find it in order to check.

There are two versions of the texture-referencing packages. The ones marked "T-shirt" use the undershirt texture that Trapping made for Bunhead's original version, with Phaenoh's undershirt bit edited in by me. It's not perfect, but it's the only way I could get that bit to show up on the separate tops at all.

They're linked to the Maxis textures, so they'll work with Phaenoh's default or with my texture replacements. (I don't know of any other texture replacements for fbodysandrajktfitjeans.) With most other defaults, they'll probably pull the Maxis textures. I did make an "unshirted" adult version linked to the textures in set 3) and a "shirted" teen version linked to the textures in set 4). Each version is in its own rar file, and each rar includes the appropriate meshes. All versions require H&M Stuff. 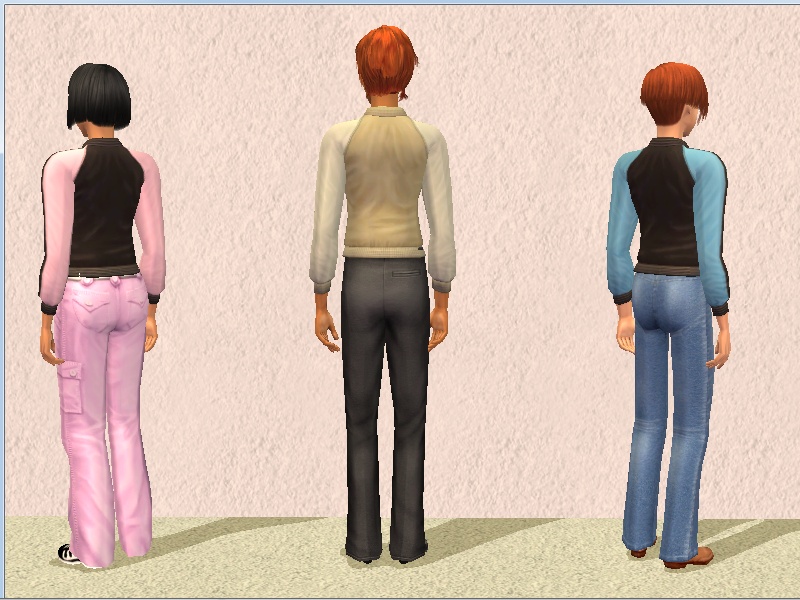 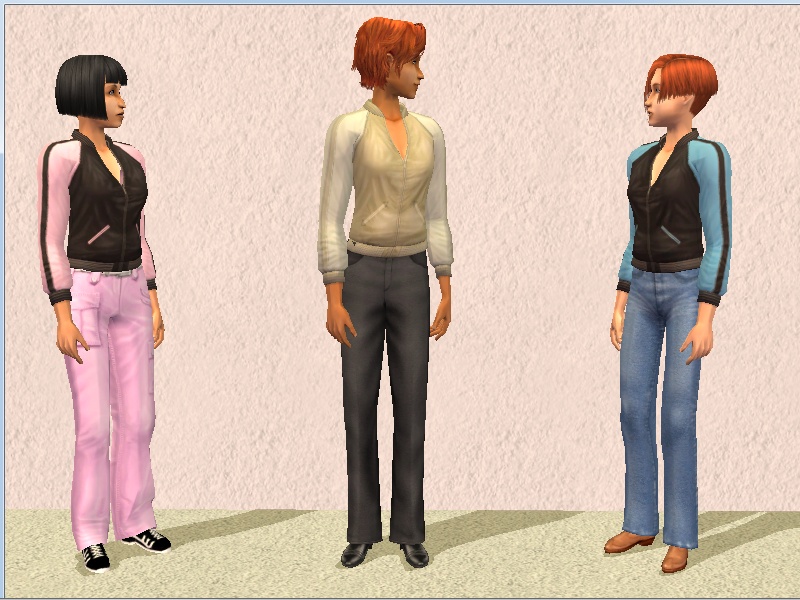 Additional Credits:
Maxis, for the original meshes and textures.
Lemonlion for making the no-designs jacket textures available. (If he didn't make them, thanks to whoever did.)
Phaenoh, for giving me permission to modify her replacement textures

Bunhead, for separating the jacket, and Trapping, for converting it for AF.
Skellington, for making the texture-referencing packages, and for making Trapping's jacket mesh available. (There are even more goodies in that download.)