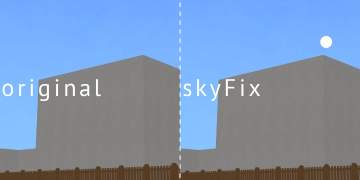 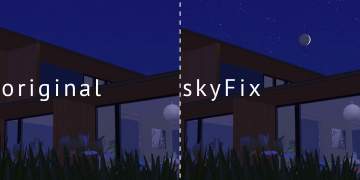 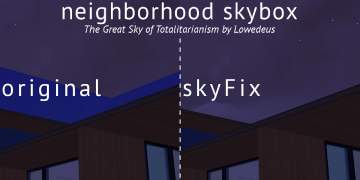 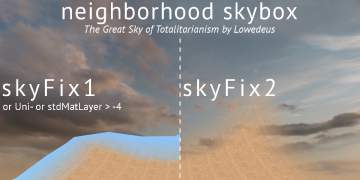 47,469 Downloads 1,257 Thanks  Thanks 446 Favourited 104,995 Views
Picked Upload!   This is a picked upload! It showcases some of the best talent and creativity available on MTS and in the community.

Created by Nopke
View Policy / About Me View all Downloads
Uploaded: 21st Dec 2015 at 11:25 PM
Updated: 13th Jun 2022 at 12:31 PM
The sun, the moon, stars or meteors can't be seen properly on the sky while playing on a lot if Seasons, any newer expansion pack, or Mansion and Garden Stuff is installed. This mod fixes it. Additionally, it provides better support for displaying neighborhood skyboxes and horizons on lots. Known issues
None caused by this mod, but there is a bug you can't see without the SkyFix in Seasons, any newer expansion pack, or M&G Stuff: double sun and double moon.

Use only one version of this mod.

Latest updates of my mods
WIP mods – shared but unpublished

Support me on Ko-fi
Support Mod The Sims