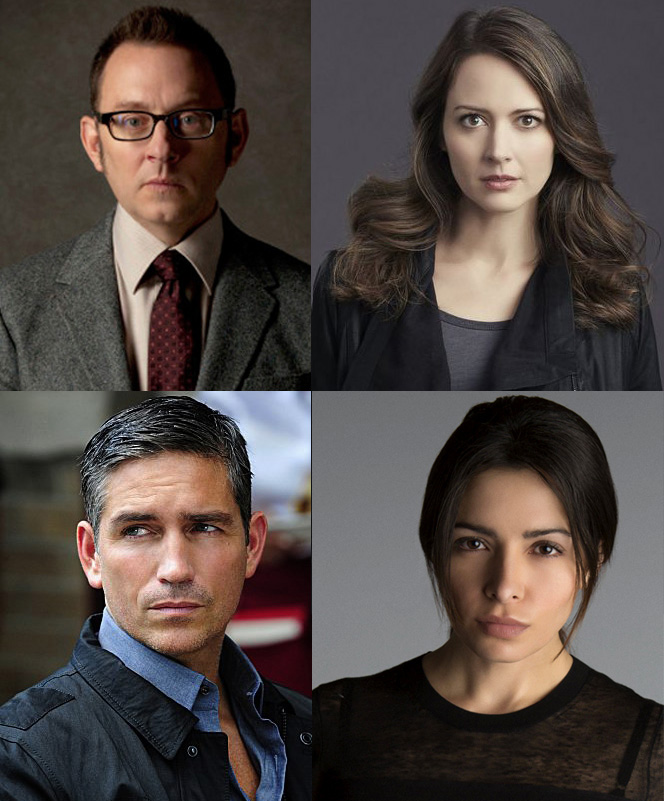 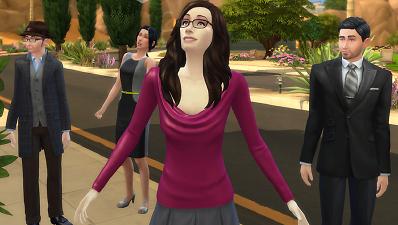 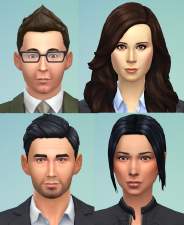 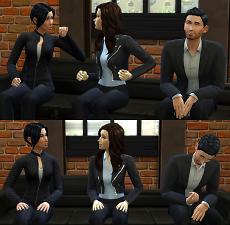 Having had a couple of requests for these sims after I used them as screenshot models in a previous upload, here's a Simmification of the core team from the TV series Person of Interest: Harold Finch, Samantha 'Root' Groves, John Reese, and Sameen Shaw. 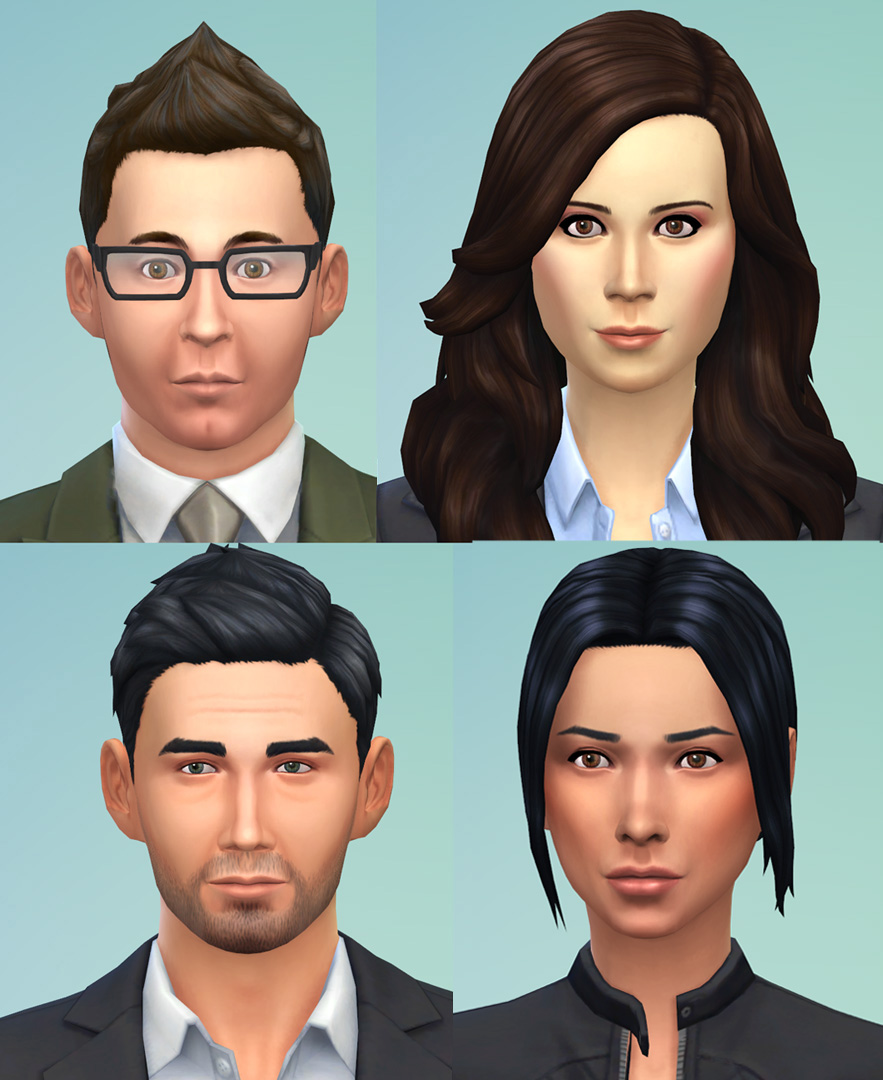 They were made with game version 1.20.60.1020 (the June 23 2016 patch), so you must have your game patched to that version or higher or else you'll get an error message in CAS telling you that you must update your game in order to use them. To find them in your Gallery, you need to click the box to show modded content, because they use one piece of cc: Harold's sideburns.

If you don't have these packs, John and Root will be bald, Root will be topless, and Harold will be missing his formal suit. However, the base game does have somewhat similar-enough hairs for John and Root, and alternate clothes you could substitute.

Harold should automatically appear wearing his sideburns, but in case he doesn't, they're in the Skin Detail section.

John: Renaissance Sim / Quick Learner, Good, Active, Gloomy. You might like to replace one of his traits with Zerbu's Impassive Trait mod if you don't want him to be the usual TS4 default 'cheerful all the time': http://www.modthesims.info/download.php?t=540328

Root: Computer Whiz / Quick Learner, Genius, Insane, Geek. Root's 'Insane' trait is particularly handy, as the animations for 'talking to self', or 'talking with friends' while she sits at a computer, look like she's chatting with The Machine via her head implant.

In-game, Harold has found someone in need of help whose number has just come up on his Command Center computer:

And Root, John and Sameen get ready for action: Root converses with The Machine for further instructions, John does some situps, and Sameen drinks milk for strong bones.

Root and Sameen bicker over who gets to shoot who first, while John rolls his eyes and examines his fingernails: 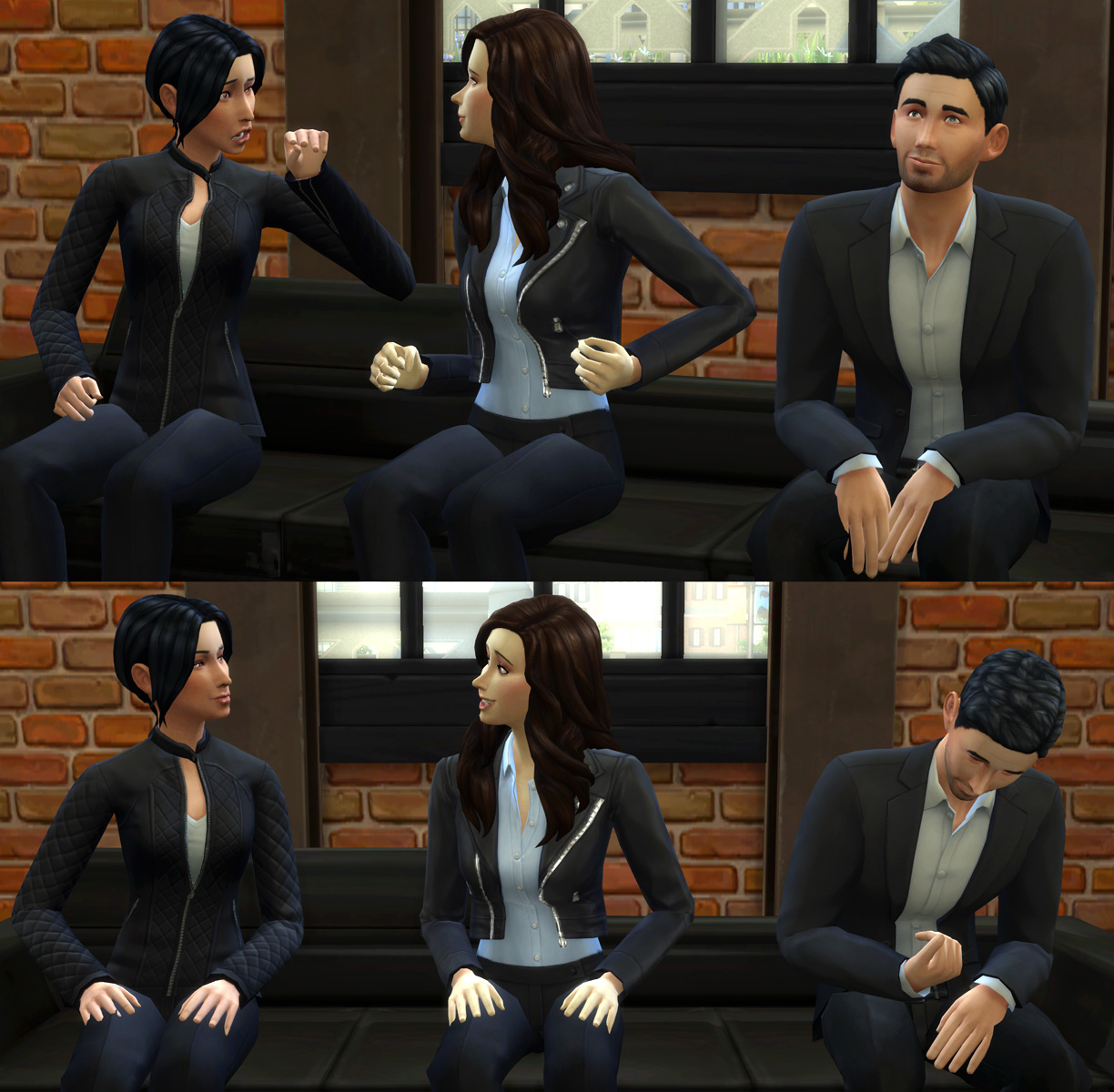 Thanks for looking, hope you'll find them as fun to play with as I have. (They like hanging out with my Deus Ex sims, natch.)

German Shepherd dog model made by member 3DGang at Turbosquid (Royalty Free License/All Extended Uses), poly-reduced and converted to a TS4 object by me just for screenshotting purposes. (Not included in download.)