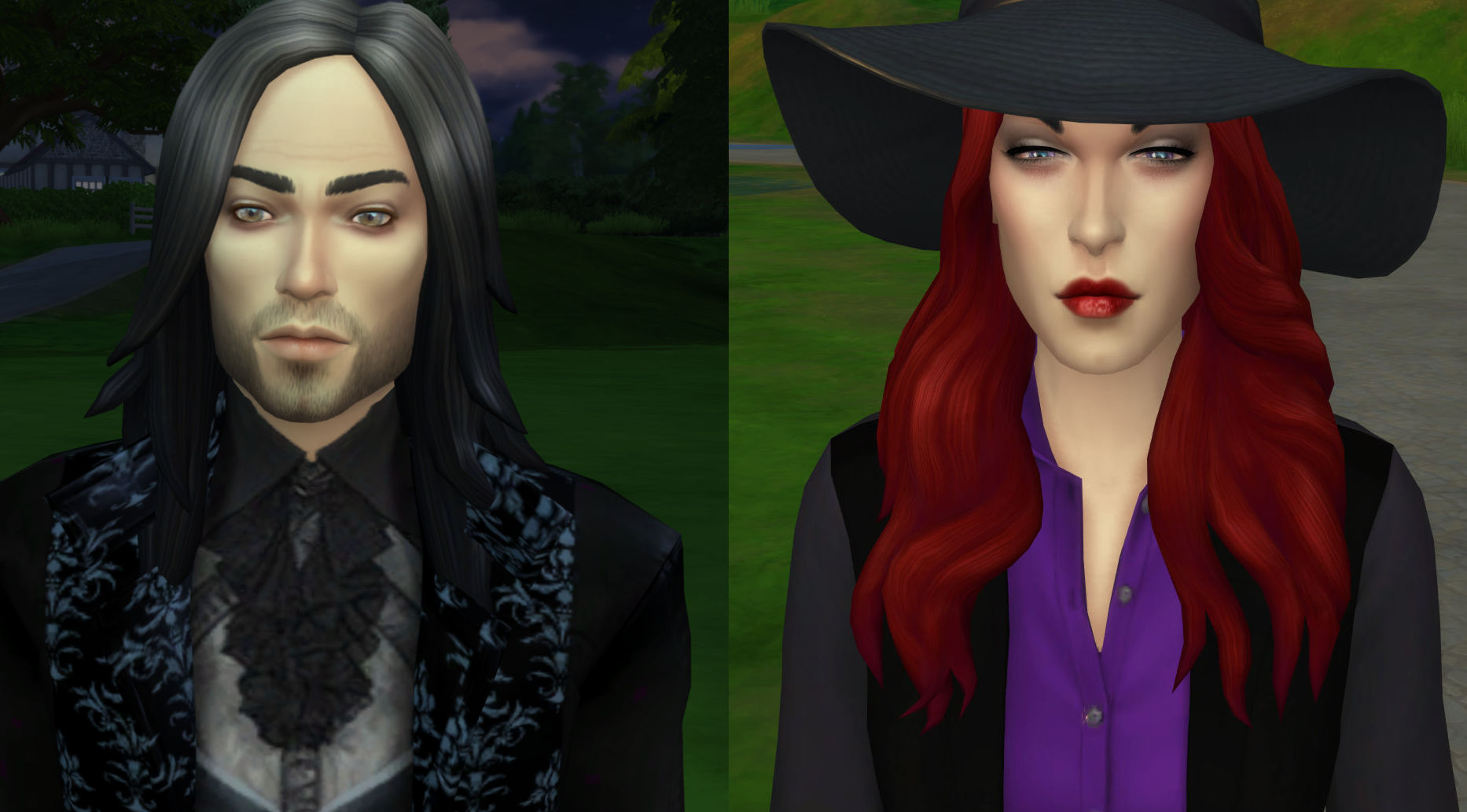 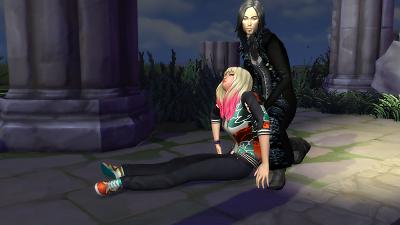 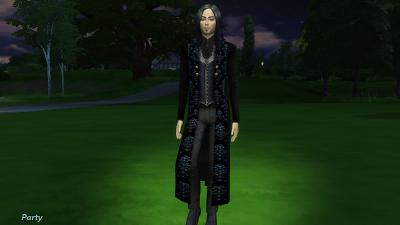 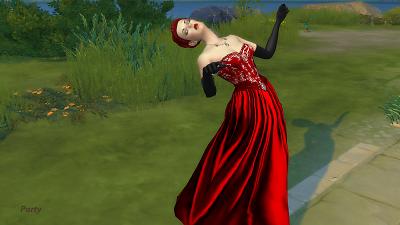 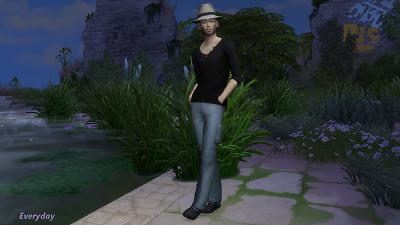 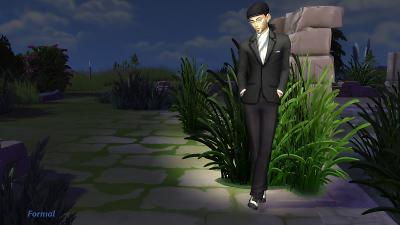 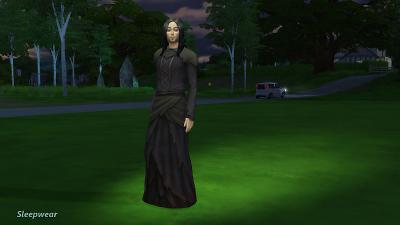 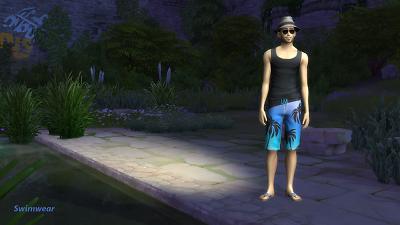 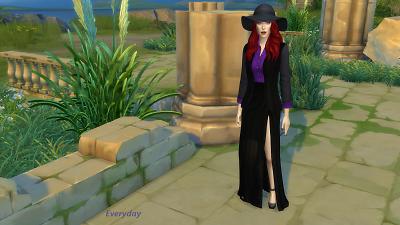 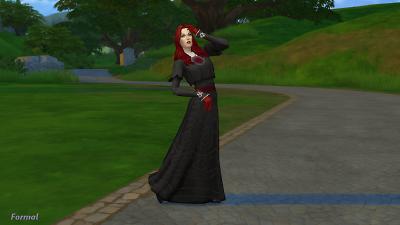 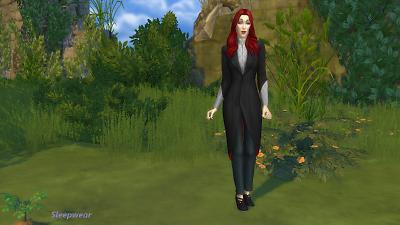 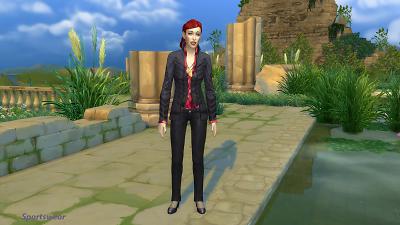 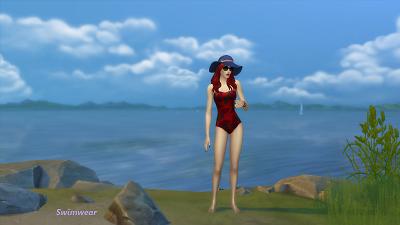 49 Thanks  Thanks     10 Favourited
This morning I spotted an ad for the upcoming Vampire pack from EA. It reminded me of a couple of vampires I created a while back. You can use them as is, or wait and add modifications from the new pack when it comes out.

Presenting Victor Vampirium and his beloved bride Valeria Vampirium. As vampires, they are relatively young. They were born during the Renaissance. Exactly where and when remains a mystery even to them. Alas, when one has so many centuries of memories, one is bound to lose a few here and there.

What they do recall vividly is how they met. Valeria was the daughter of a painter. She yearned to be recognized as an artist herself, but times being what they were, she was only allowed to assist her father in his workshop. It was in that very workshop that Valeria first encountered Victor.

He had come there, on his brother's request, to commission a portrait of his brother and his brother's soon to be bride, a very wealthy young lady from the Netherlands. He was taken aback when he met Valeria. He discovered her to be beautiful as well as talented. To spend time with her, Victor decided to add a commission of his own. He would have a portrait himself painted, but only if it were done exclusively by her hand.

In the ensuing weeks that they came to know each other, and ultimately fall in love. It was understood that Victor was not free to marry her because of his family's position, but there remained the hope that perhaps one day things would change. Remained, that is, until Victor became ill. Doctors tried their best to restore him to health in vain. It soon became clear that Victor would not recover. Hope faded, but Valeria remained strong for Victor's sake.

Years before, when she had been just a girl, Valeria had heard speak of a hermit who lived locked up in the crumbling ruins of a fortress outside of town. He was reputed to have great powers, powers that could heal even death. But the price was a heavy one. Some said he had gone mad because of it, others said he had become a monster and that was why he hid himself away from the light of the sun.
Valeria could wait no longer. She set out to find this hermit, to beg him for a potion to save Victor.

When she returned from her journey it was too late. Still she would not give up. Valeria sneaked into the family chapel, where Victor's body lay in state. She parted his cold lips and poured the potion between them. In silence, she waited, praying for a miracle.

Had his hand shifted? Had a tremor passed over his eyelids?

There was no time to find out. Footsteps! The guards would be soon upon her. She would pay for her audacity with death.

A hand cold as the grave clasped her arm. She turned her head to see her beloved risen. He too had heard the guards ever nearing footsteps.

He drew her to him suddenly and kissed her. Only it was not a kiss. Her head began to spin, her breath coming quick and then ever so slow, until it ceased altogether. She was sure she would die, when suddenly, like a great gust of air, her breath returned. There was no time to think, only to run away together.

To this day, despite the countless hardships they have faced, fleeing constantly from place to place lest their secret be discovered, they remain happy to be together.

The downloads are two separate Sims, Victor and Valeria Vampirium. They can be used independently of each other. Each Sim has its own requirements, listed below.

Both Sims will work fine without the Packs listed. The only difference will be clothing and possibly hair.

Packs Used: Outdoor Retreat, Spa Day, Movie Hangout, Get to Work, Get Together

https://onedrive.live.com/?authkey=...t&action=locate
(As Mochi’s site is no longer up, this is the direct link to the download I got from the Lana CC Finds site.)
Pale lips M029N

http://www.thesimsresource.com/downloads/1300413
The Mysterious Lord Victoria Vest No 4 by Sylvanes at TSR

Packs Used: Outdoor Retreat, Spa Day, City Living, Get to Work, Get Together

http://modthesims.info/download.php?t=575108
Bite or not to Bite Vampire Fangs by JosephtheSims2K5 at MTS

http://kijiko-catfood.com/251-colors-lip-gloss/
Kijiko Blusher by Kijiko (You will need to scroll down to find the blusher.)

Other supernatural Sims I've made: