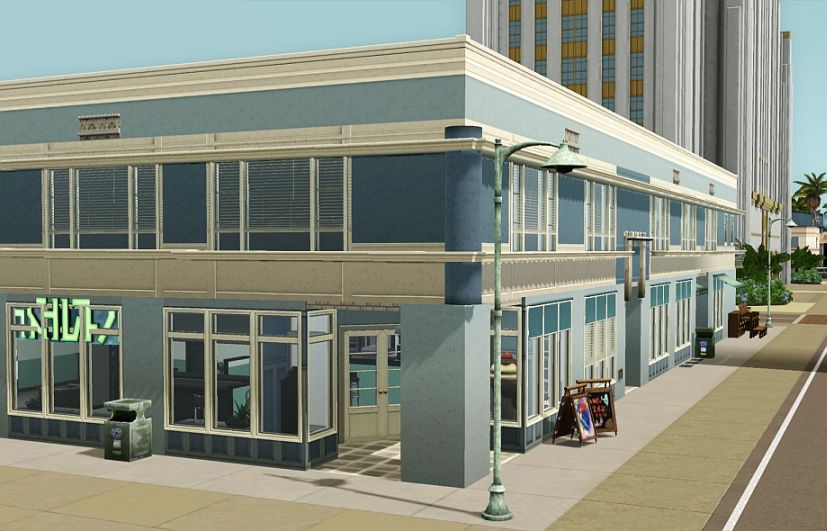 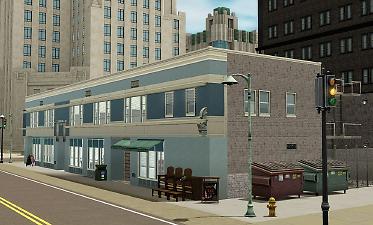 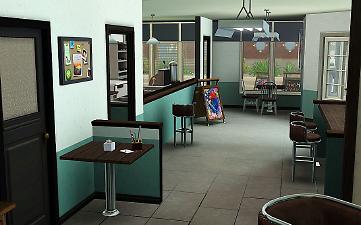 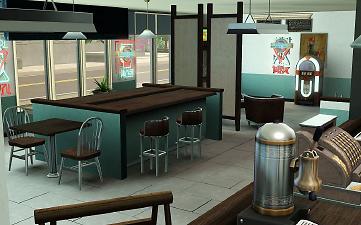 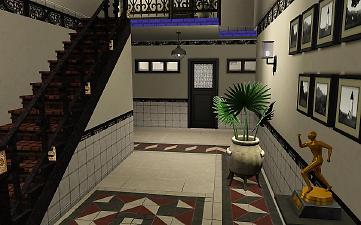 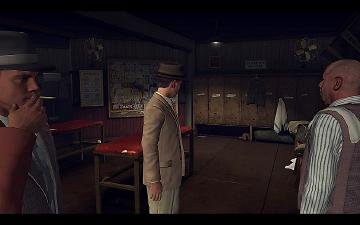 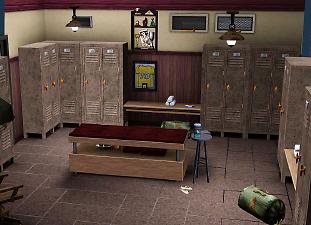 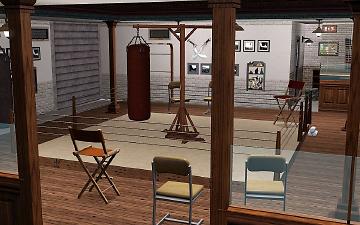 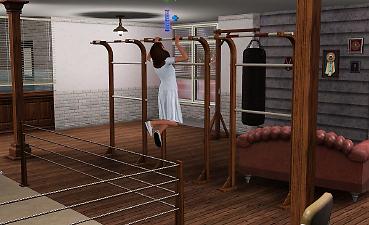 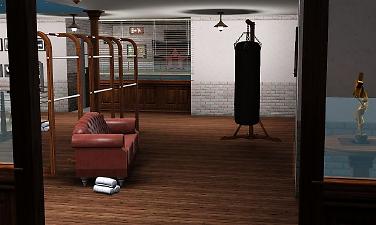 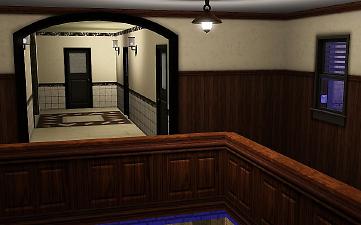 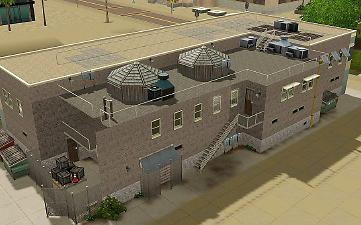 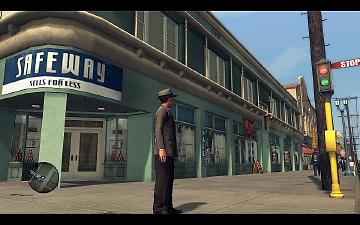 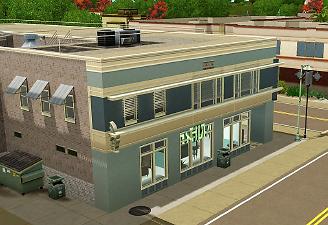 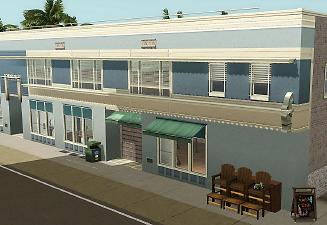 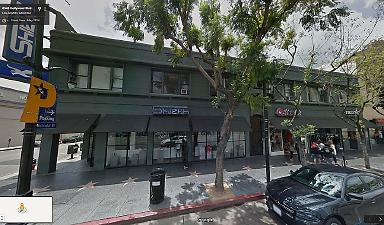 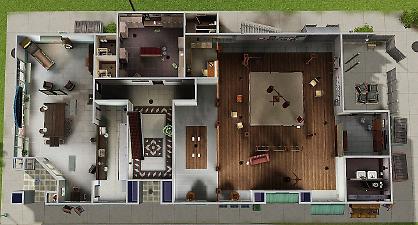 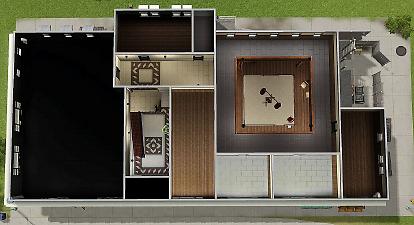 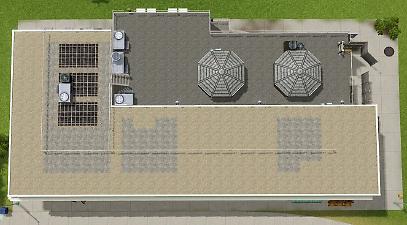 130 Thanks  Thanks     57 Favourited
When I began to play the EA world Roaring Heights vintage-style, I didn't like the default gyms by EA, I found them too contemporary fitness club-style, so instead I did some internet research what I could build that was more "period-authentic". I wanted something that looked not only 1940s, but noir-ish as well, as "old Los Angeles" as Philip Marlowe himself

In the end I decided that a boxing gym would be the best solution. At least it seems to me that if men wanted to do some exercise in old L.A., they went to a boxing gym - if they were not wealthy enough to afford a golf club or yachting club. The problem is that we have no boxing in Sims 3, so I had to replace it with the martial arts skill from World Adventures EP, and I had to pick one piece of CC to make it look good: the punching bag from ATS3 that has the same object script that of the martial arts training dummy from WA, and works the same way. Generally I don't use CC in my uploaded lots but this time the punching bag is essential for the theme of the lot so I couldn't skip it. I also used one Store item, the Infinite Zen Massage Table because it completed the theme of a "locker room in a boxing club" perfectly. As in previous cases, too, the videogame L.A. Noire was a great help for me to decorate and CASt-paint the lot, inside and outside (even the rooftop that is completely climb-able). For the exterior of the gym, I chose a building that I saw in the game, a commercial corner building that later proved to exist in real life, too, on the very same spot where it is in L.A. Noire: on the corner of Hollywood Blvd and Schrader Ave, Hollywood CA. It was built in 1928 and still recognizable, although today, sadly, the owners don't emphasize the few low-key art deco elements with a different color (I did). The lot won't look like this without the following CC, that is used but not included in the file:
- Punching bag by ATS3 Sandy /Around the Sims 3 (WA EP needed!) - you can download from here: Around the Sims 3 Gymnasium collection

One Store item on the lot (the game replaces it with a base game object if you don't have it):
- EA Store Infinite Zen Massage Table PLAYTEST and gameplay:
- The lot is set to "Visitors Allowed" because it's up to you to decide if you want to play it as a Gym or an Academy - you can set it when you place it. If you play it Gym, there will be more visitors but they will be autonomously attracted to the Chin-up bars, and not the punching bags. If you play Academy, visitors will be attracted to start practice martial arts on the bags, but the lot will be deserted - at least, until you have enough sims in town who have the martial arts skill.
- I kept the whole lot vintage, so no modern exercise machines, no TV etc., but of course you can modernize it as you want - the whole 2nd floor is unfurnished for example (imitating office space to rent), so depending on what CC or stuff you have, you can rearrange my humble variety of equipment.
- The corner store is a cheap self-service bistro (mini-fridge, coffee and ice cream only), so no assignable register. The locker room has separate showers and toilet. Everything is routable, even if the locker room or the training area looks cluttered on the photos!

Additional Credits:
- to Rockstar Games + Team Bondhi for the artistic design of LA Noire;
- to Aroundthesims3 for still being active and creating beautiful CC for us

If you need more info, see Game Help:Installing TS3 Packswiki for a full, detailed step-by-step guide!
Back to download view
16 Comments / Replies (Who?)