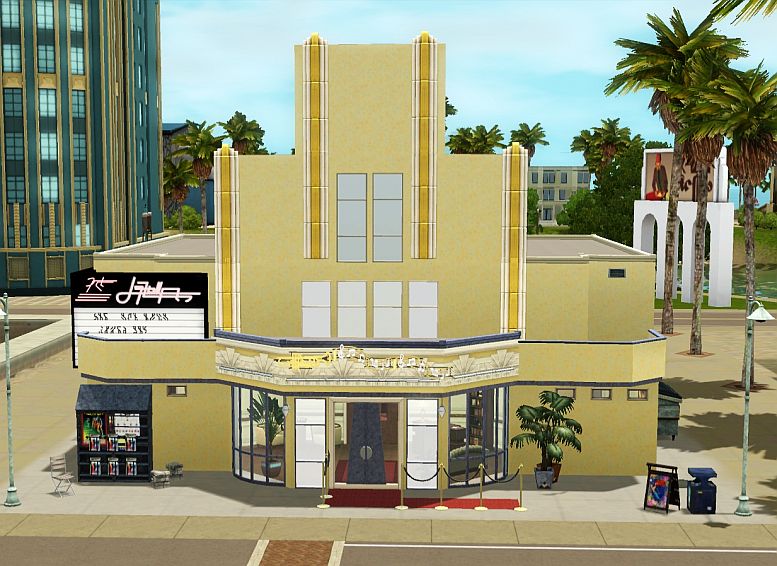 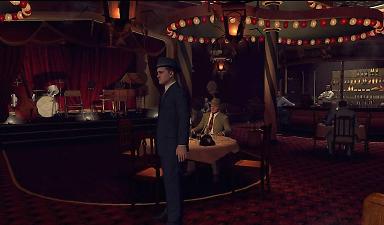 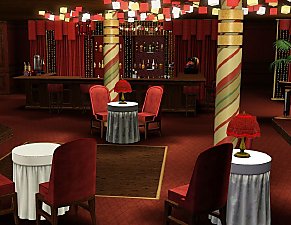 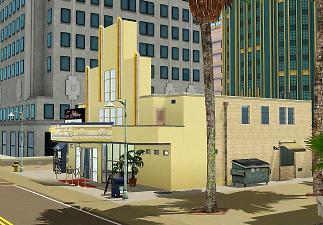 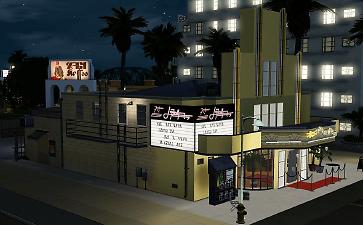 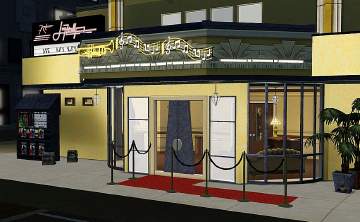 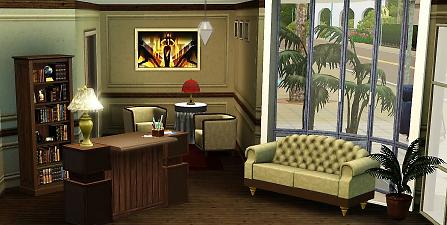 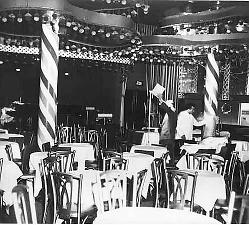 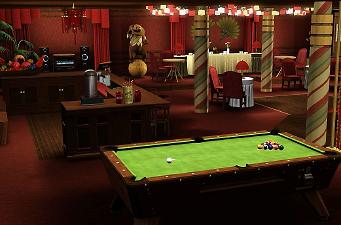 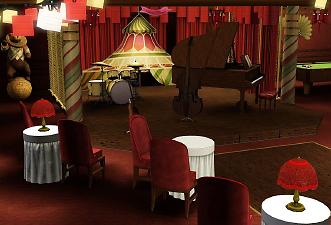 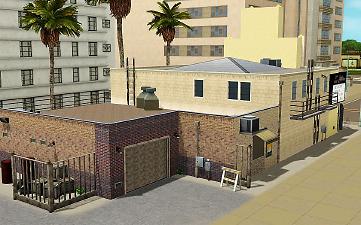 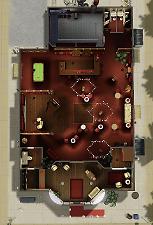 224 Thanks  Thanks     80 Favourited
The Palmetto Club is a Late Night EP-type nightclub (set to Exclusive Lounge), uploaded mainly for those who play in Roaring Heights and in need of some LN-type bars in town. I've been inspired basically by the interior of the real-life Mocambo Club that was a popular restaurant and nightclub in Hollywood (1941-1959), and the virtual version of Mocambo as it appears in the PC game LA Noire. The exterior and facade of this Palmetto Club is totally different though from the original Mocambo, and I put it together only from the architectural elements I observed while driving around in the virtual version of old Hollywood. 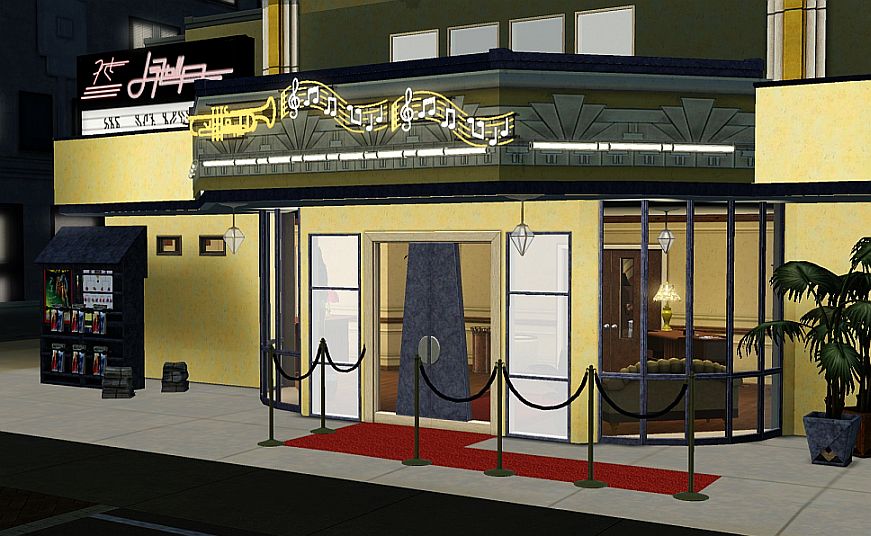 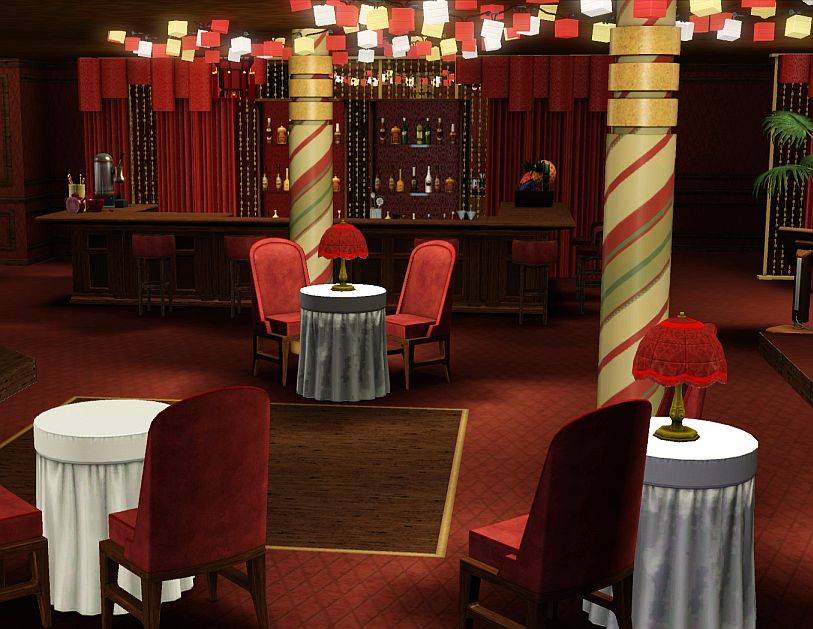 Arranging the interior, I emphasized the characteristic diagonally striped columns and the red-and-white circles of lampions that had been defined the real-life interior of Mocambo (see the attached original photo), and I decorated the rest with circus-themed objects (from Showtime EP). There is a LN bar, a stage for a band, a pool table, photo booth - not for taking photos, rather for public woohoo

- and the only high-tech object, a karaoke machine. I placed an old-timer radio instead of wall stereo, for more control over what type of music to be played. The second floor is not for use, decoration only. 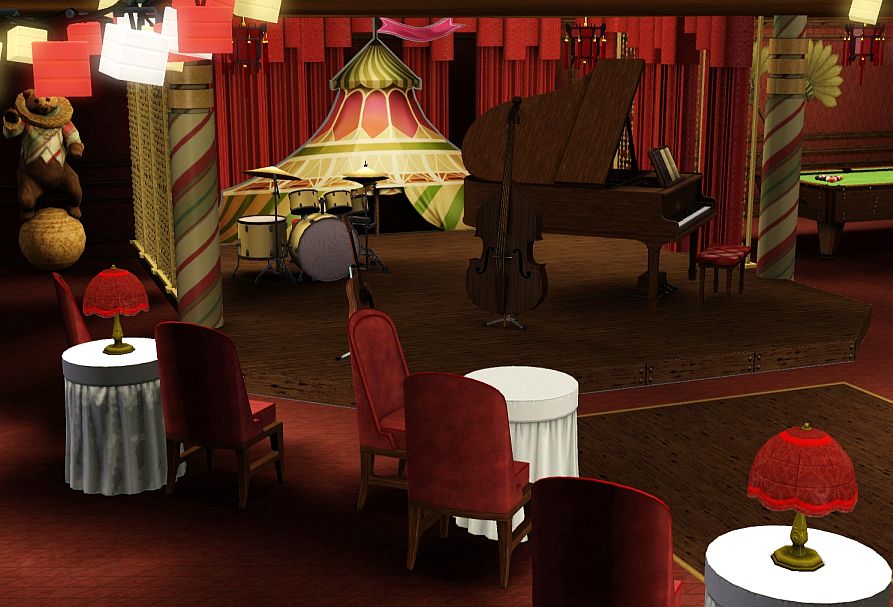 I decorated the exterior side- and back alleyways as I saw them in LA Noire, looking a bit shady and seedy, but we are in the classic mobster-era after all. 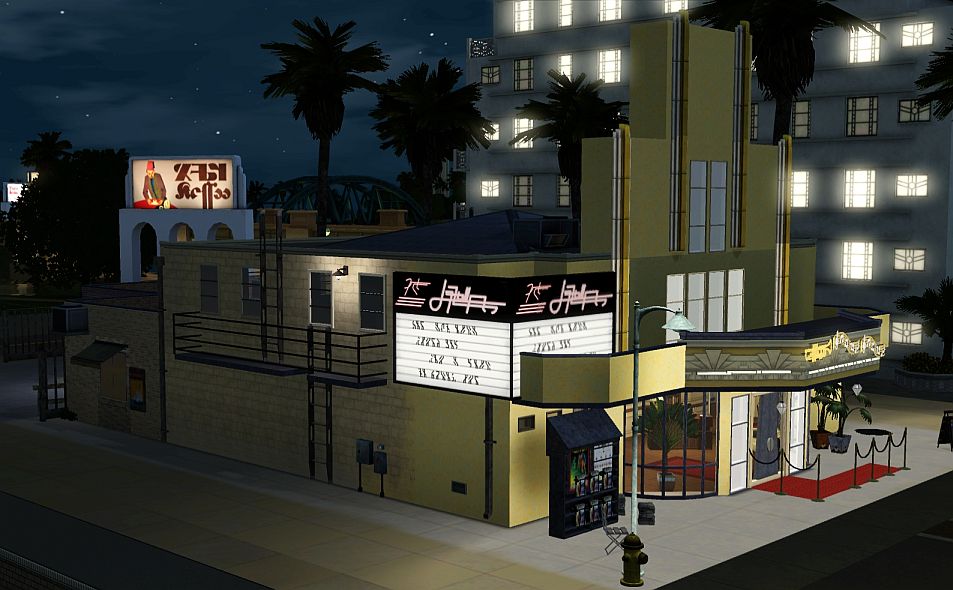 PLAYTEST: I set the lot to be a "lounge" because I want my sims to change to formal when visiting it, and I needed a Pianist to play when my sims arrive, but of course, it can be set to a dance club or other bar if you prefer everyday outfits and don't want an NPC pianist. As a lounge, it generates a Mixologist and a Pianist NPC. Usually LN-type bars are quite deserted in-game, but if you have a film studio in your neighborhood, townies working there, and LN celebrities, they will very likely frequent this lounge.

You have to have the EA world Roaring Heights (standard) installed in your game for this download, and the following EPs: World Adventures, Late Night, Ambitions, Generations, Showtime, Seasons, University Life, Island Paradise. *Edit: User feedback: it works smoothly without Island Paradise, its few objects will be replaced by proxy ones.

No CC, no other Store item or any Stuff Packs needed.

If you need more info, see Game Help:Installing TS3 Packswiki for a full, detailed step-by-step guide!
Back to download view
16 Comments / Replies (Who?)