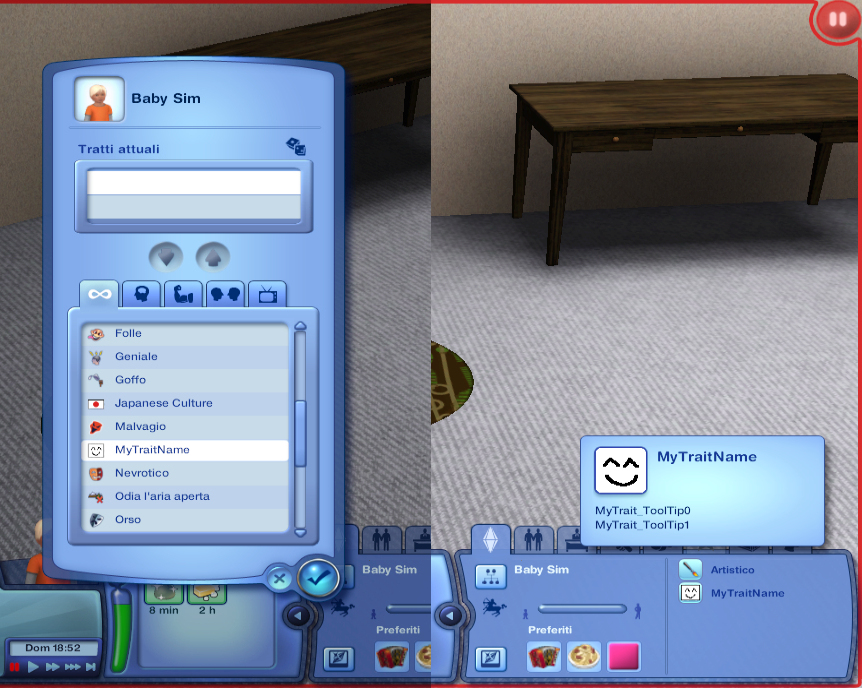 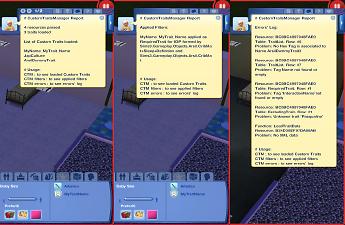 This mod has savegame-screwing potential, use at your own risk.
The problem is the usual one related to custom traits and skills: if you uninstall the mod
(and in this case could be the Manager itself or a third party mod using the Manager)
that adds them to the game, then you may not be able to keep playing the savegame where
the traits or skills have been "used" because it can gets corrupted (unplayable).

I RECOMMEND TRYING THIS ON A NEW, DISPOSABLE GAME, NOT ON ONE YOU CARE ABOUT.

I feel like I should specify something to clear the air from any misunderstandings:
if a savegame gets corrupted as a result of removing a custom trait (or skill), then
simply don't save it, but instead completely quit from the game, put the mod(s) back,
restart the game, reload that savegame, try to uninstall it again using the suggested
steps (see the Final Notes below), save, quit and restart again to see how did it go.

The problem is that noticing the corruption may not be that easy or immediate.
And things get more complicated if - inside that same savegame - you visited
other worlds (University, Vacations, Future and maybe also regular ones).

There are 2 types of corruption that I witnessed:
Before making this mod, I was convinced that the corruption was caused only by saving the game
while a Sim was executing an interaction using a custom CommodityKind (related to a custom
trait or skill), but it seems like it is also caused by Sims still having custom traits (possibly also
skills) after removing the mod that added them.

Mod Description
As a concept, this is similar to NRaas Careers and CCLoader.
It will help third party creators to make custom traits for the game.

Now, I want you to focus and read this carefully: this is not a magic mod, the traits created
will have very limited functionality, i.e. act as filters for specified game interactions.
Coded interactions, not the social ones defined only by xml data. What does that mean?
As you could do with an ITUN (Interaction TUNing) mod, you can specify a trait required
to use the interaction or a trait that's banned from using it. Why not use directly an ITUN
mod then? Because the parser of the ITUN resources only "recognizes" official traits
(this is a simplified and shortened explanation, but AFAIK it's the fundamental reason).

Another thing you should know is that this is not a user friendly mod. Well, it is for final
users, I meant that it's not easy to create a custom trait, but I'll try to show how to do it.

If you associated an external text editor to S3PE, then you can skip the following procedure.

Let's make a custom trait (PART 1 : Creating the right Resource)
Update: In the first comment, I've uploaded a skeleton package that already contains all the resources needed,
you just have to rename them all using unique names and using those names to re-hash the InstanceID
of the resources

Let's make a custom trait (PART 2 : xml document)
Update: If you are using the skeleton, you already have the document ready, so you can skip a few of the steps

Yawn.
I'm sorry but it's late and I'm falling asleep.
Zzzz...
[Several hours later]
CTM, the mod with a cliffhanger.
Hahaha... haha... ha...
* notices icy stares from cross armed Simmers.
Shall we get back to the tutorial?

Note to self: next time you decide to write a tutorial, think again, this is effing exhausting.


Let's make a custom trait (PART 6: a few more tags)
Note: for some reason, from now on this is displayed with interline spacing (even if I'm using the "code" tag written lowercase, Go figure!

Let's make a custom trait (PART 7: time to try it in game)

This is getting way too long, so for more information check the example trait and
read the comments on the xml (UNKN resource).
There you can learn how to make good, neutral and bad traits.
How to make traits conflict (good vs evil, neat vs slob, etc).
Don't ask me what the other tags mean, if I haven't put comments on them in that
document it means that I don't know.

But I still have to explain how to make the custom trait a little more than useless.
Sigh.


Let's make a custom trait (PART 8: use the trait as a filter)

Final notes
Depending on what kind of trait you make, the trait may be assigned randomly to newly
created Sims or age transitioning Sims. Keep that in mind knowing the difficulties
with uninstalling the mod (the whole mod or a single custom trait).

I guess something like a uninstall console command might be useful in assisting
in safely uninstalling mods like this, to automatically remove traits/skills and interrupt
interactions using a custom CommodityKind.

My best advice to uninstall mods like these is written in the Uninstallation paragraph
at the bottom of the description of my Programming Skill mod.

Additional Credits
All respective authors and contributors of the tools and tutorials for modding TS3.
MTS and all modders who made the game much more enjoyable.
SimsMx for his/her inspiring code.
Other Information