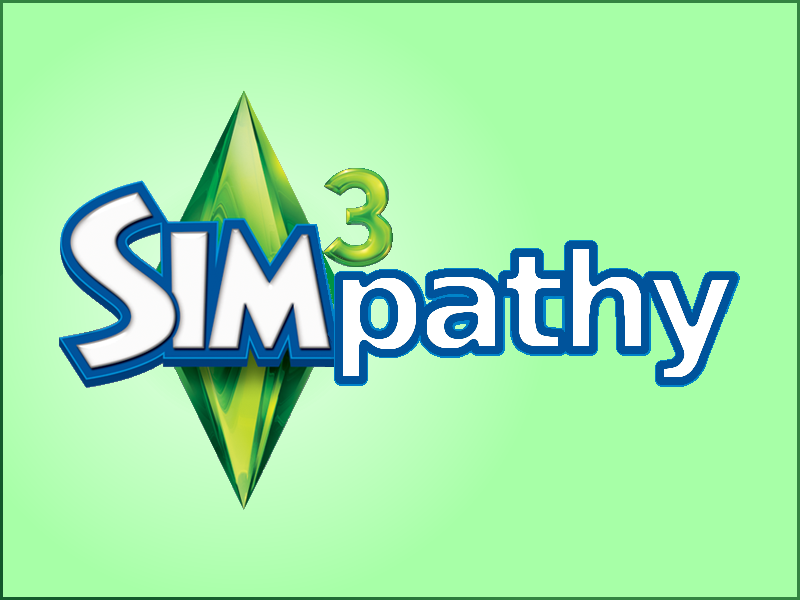 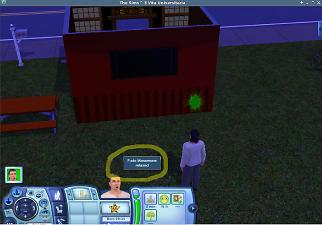 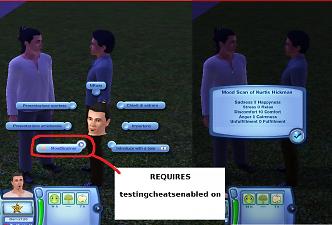 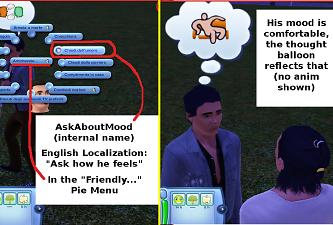 367 Thanks  Thanks     174 Favourited
2016 May [18th and] 20th Update
The "ask about mood" interaction ("Ask how (s)he feels" in game) now takes into consideration
the snub system of Generations.
The interaction is now disabled (doesn't appear on the pie menu) if the targe can't be socialized
with (e.g. if is a Sim who is currently active in a role, like a bartender).
The default value of the timer to autonomously use that interaction is now 12 sim-hours (previously
was 6 sim-hours). It is still xml tunable in the "Customization" xml resource.

I'm writing this only because I prefer to take precautions in order to avoid a shitstorm (for my
sake and that of moderators). Better safe than sorry. Was this inspired by TS4? Yep. Is this
an attempt to copy it? Nope. Would I like to see polemics or comparisons on the comments?
No, thanks. There's plenty of room elsewhere for that. You have been warned, don't make
me... [thinks about something threatening] ...release the llamas. I mean it.

To any buff/moodlet is associated a so called mood-axis. There are six axes called:
None, Angry, Fulfilled, Happy, Stressed and Uncomfortable.
The moodlet's modifier is applied to the overall mood as well as to the associated mood-axis.

The idea behind this mod is to use this extra and specific information to determine with more
accuracy the mood of Sims, how they are feeling at a certain time. Definitions:
- feeling, to describe one of two opposite interpretations of each mood-axis (based on
the sign of its value);
- specific mood, to describe the mood of Sims based on the most intense feeling they
are experiencing at a due time (according to the highest absolute-value of their mood-axes).

Do mood-axes' values have a meaning and an impact on the gameplay? Not much apparently,
but yes, to some extent they do. The main purpose of this mod, though, as far as I'm concerned,
is simply to be able to have a deeper understanding of Sims, even if that doesn't add much to the
mere mechanics of the game (but for those interested on that subject, see the technical info below).

Developed and tested with game version 1.67.

This mod has three features:

1) It replaces the tooltip you get when hovering the mouse pointer on the BustWin (the big
portrait of the active Sim). The custom tooltip, like the default one, will show the Sim's name and,
if applicable, celebrity and influence status, plus his/her current specific mood.


Note: if you load a savefile that was saved when the game was paused (or that was paused when
the game was saved, pick your favourite), you'll see the original tooltip until you unpause the game.

2) MoodScanner: an immediate interaction that shows the values of all mood-axes/feelings of the
target sim. If this cheaty/godly option bothers you, it's possible to enable/disable the interaction
editing the CUSTOMIZATION _XML resource in the package.

3) AskAboutMood - localized in English as "Ask how (s)he feels" - is a (sorta) social interaction
between two Sims and is nested in the "Friendly..." pie menu. It's possible to enable/disable this too
editing the CUSTOMIZATION _XML resource in the package. To answer the query, the target Sim
will display a thought balloon and play an animation, both fitting to his/her current specific mood.

A note about autonomy: Sims will use the social interaction autonomously, but I wasn't sure how to
prevent them to use it continuously, so I used a global cooldown period (with a duration xml tunable).
They will use it only if they are selectable or the target is selectable, this way it will not be "wasted".
I realize it's a very unsatisfactory and restrictive solution, but that's what I came up with.

I'm not particularly happy about some of the default values I used for thought balloons and animations,
their selection still has to be fine tuned. Ideally, I'd like to have only custom made ones. Many existing
poses (with their author's permission) could be easily adapted as short animations... just saying ^^

You can do it yourself, it's very easy and straight forward:
- open the package with S3PE;
- right click on the STBL resource of your language and select "Edit STBL";
- translate each string
- save the STBL, commit changes and save the package

If you need a reference to handle the gender of names/adjectives see the Italian localization.

I'm just wondering how to handle pets/robots/mummies/zombies. At the moment they are handled
just like regular Sims by the MoodScanner. The social interaction instead has these conditions:
- no pets
- no zombie
- no mummies
- no toddlers or below
I'm not sure about these limitations because I don't have (or simply don't use) some of these features.

The format and the layout used to display the MoodScanner results sucks. Not sure how to improve it.
Some people like to see the numbers behind the curtains, while others may prefer a less cold representation of the values.

Better set of animations. I've used and re-used almost exclusively smiles for the good moods. It's hard to test an animation
with the mod itself, so I suggest to use Animation Player by cmomoney. If it works there, it will work with this mod too.

Better set of thought balloons. Having all of them custom made and consistent will be nice.

Usually I don't like to linger too much on the same mod and this is no different from the others (even if I
think that mood-axes have potential). I don't have plans for further development (fixing bugs and fine tuning
excluded, of course), but in the related thread on Modding Discussion I've thrown a few ideas (mostly on how
to expand the concept and make interactions based on the specific mood), so check that out if you are interested.

Blackcatluna for believing in this project/idea, encouragement and inspiration for the mod name
JunJayMdM for tons of technical help/advice and encouragement.

Additional Credits:
All respective authors and contributors of the tools and tutorials for modding TS3.
MTS and all modders who made the game much more enjoyable.