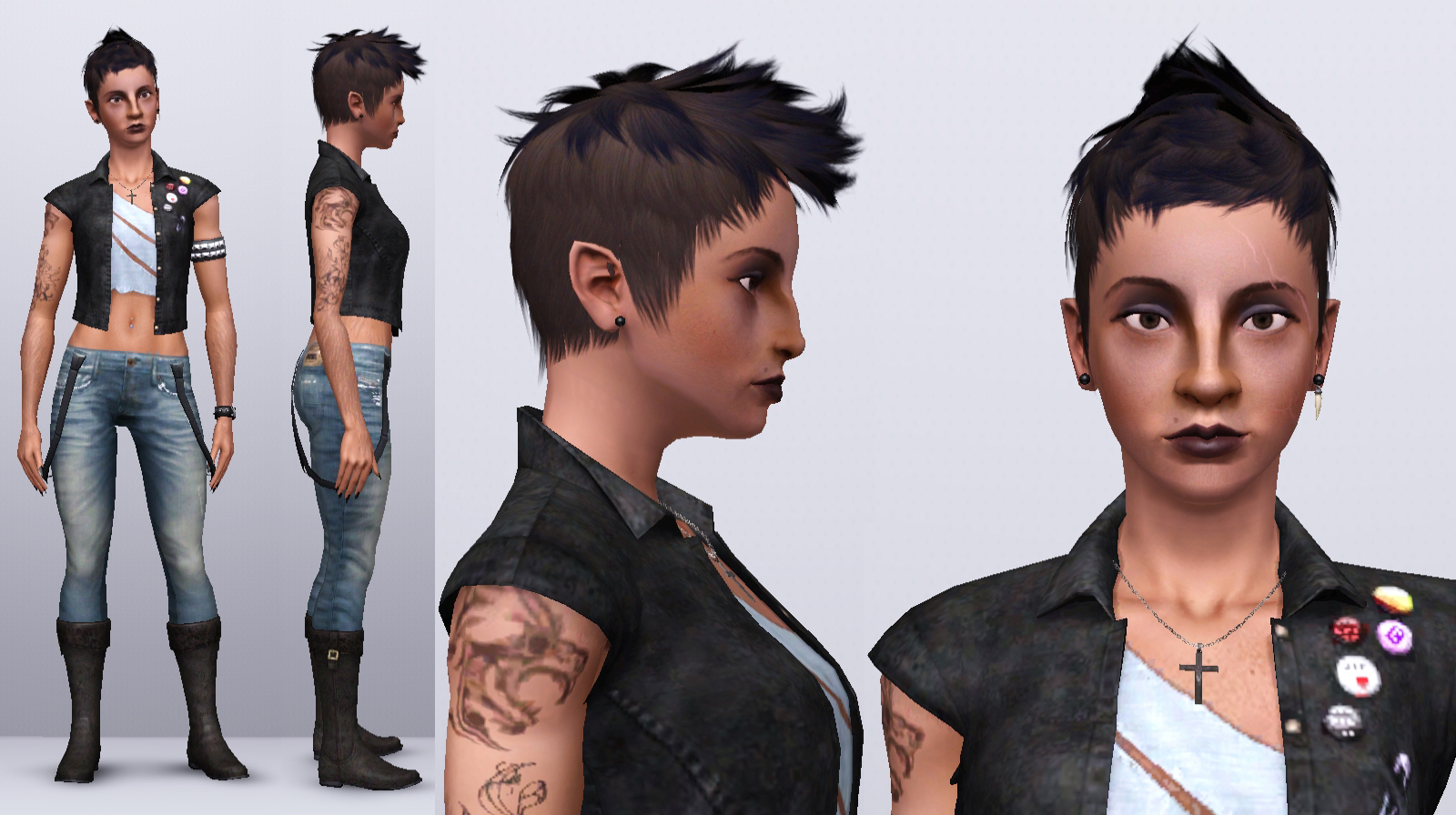 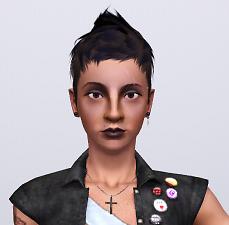 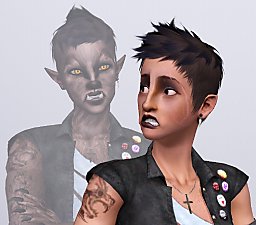 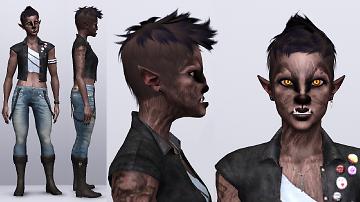 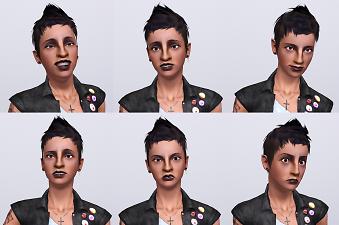 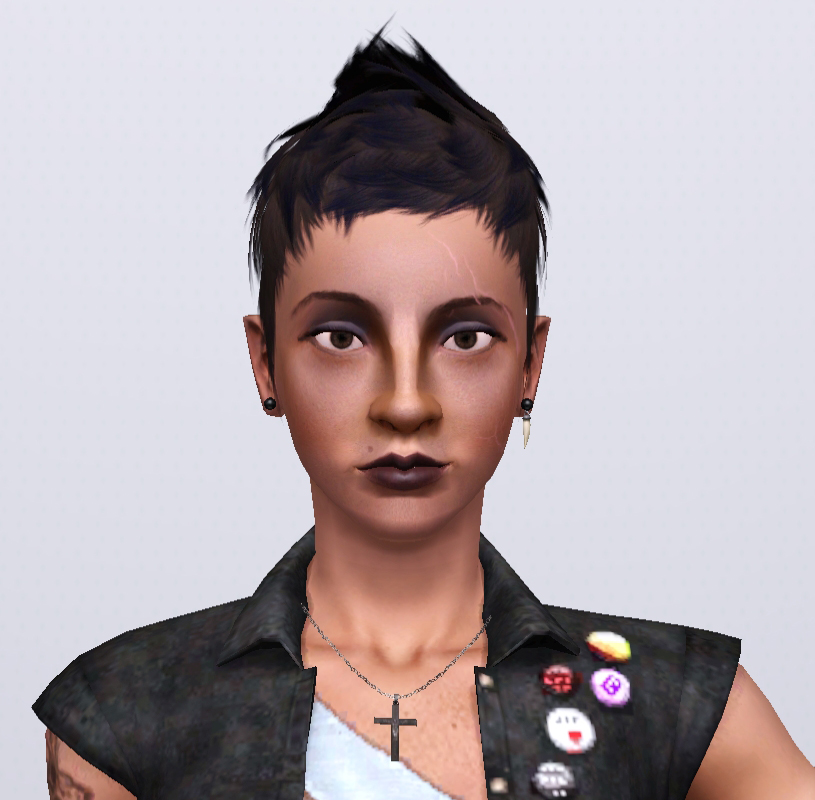 Eboni Vargas was raised by an elderly couple who probably should have adopted a puppy, not a child. As it was, they ended up getting a little of both, and way more than they bargained for.
She's really only half werewolf, but that never stopped Eboni from trying to act like the top dog. Frustrated by the sleepy rural town she grew up in, Eboni took it upon herself to make as much excitement as possible. Blasting rock music at the wee hours of the morning, shredding the furniture, and playing pranks on unsuspecting households were some of her favorite pastimes.
Once, she got in a fight with the neighbor's sheepdog when he caught her attempting to light a string of firecrackers inside their mailbox.
The scar from the incident helped put a stop to those kinds of pranks... Mostly. 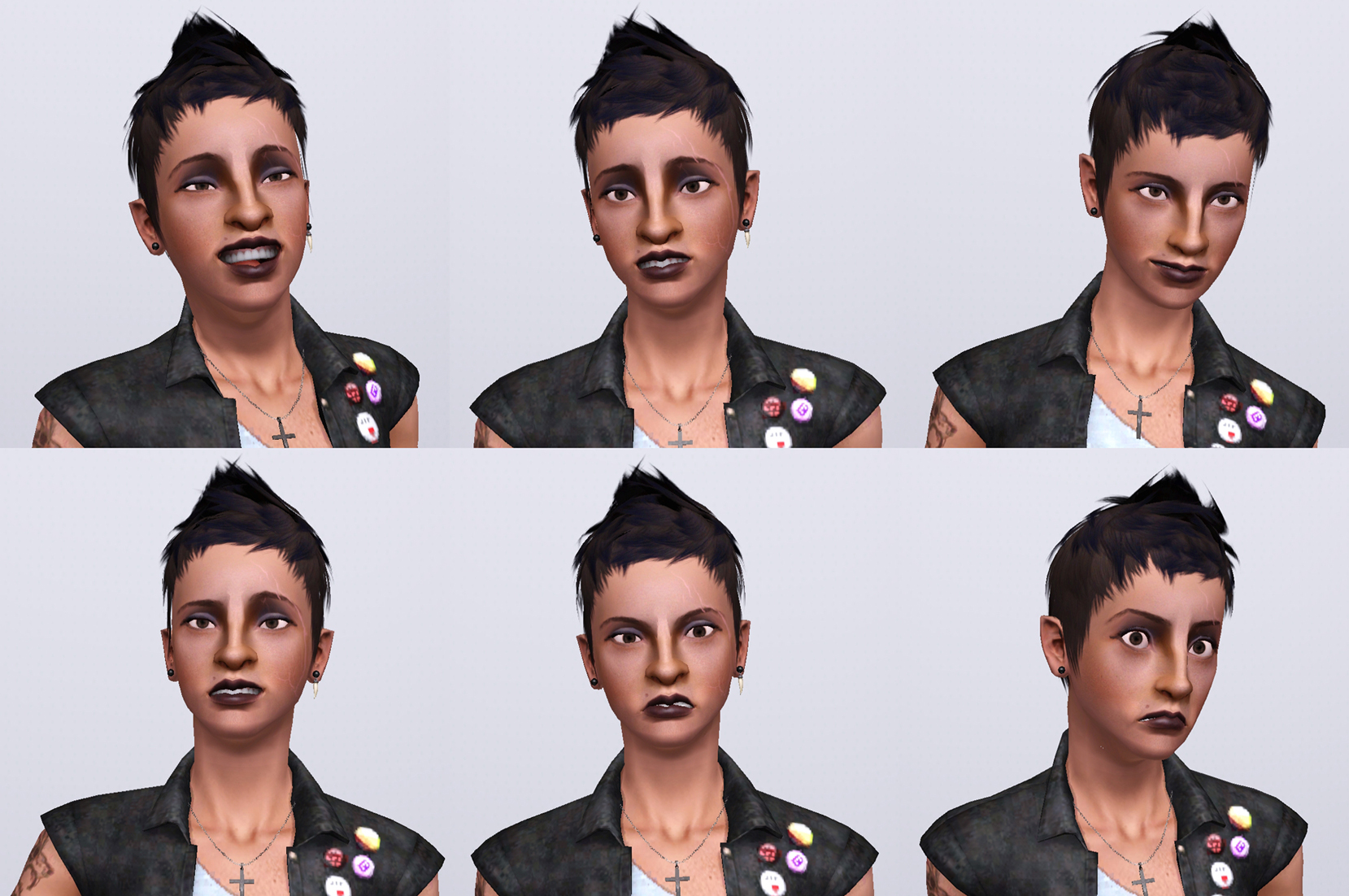 Eboni's friends say she is the life of the party. She likes to make people laugh, and isn't afraid of looking stupid in front of others, either. When she goes to a dance club, she's always the first to try the karaoke machine, and eventually she wants to learn to sing as well as she can play her guitar. She's working hard to become a rock star, but she also harbors a dream of becoming a professional singer. Or maybe, if she can get enough of her friends in on the idea, she could start a band.
Whichever path she takes, Eboni is determined to be a successful music artist.
...And I'm sure her full moon concert would be a howling good time.

Traits: Lifetime Wish: Age: Favorites:
Sliders
Recommended Expansions/Stuff packs
*This Sim is packed with Default Skin! You must download the skin and re-apply it to the sim in Create-A-Sim!*

I'm not taking requests.
My DeviantArt page: http://camkitty2.deviantart.com/
I mostly post non-sims art there, but I also sometimes post pictures of sims stuff I am working on or have not released.
I only make content for Sims 3, not 2 or 4.
I don't mind if you edit my sims content, but please give credit.