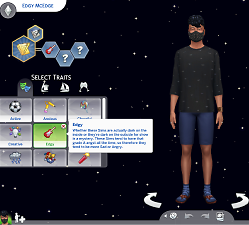 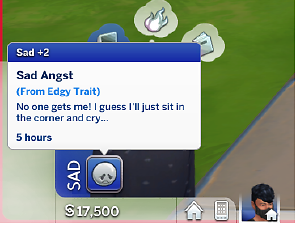 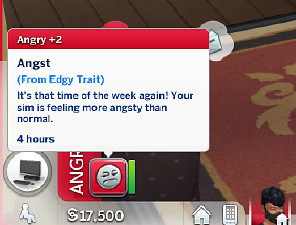 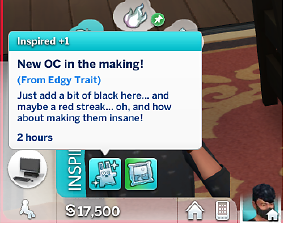 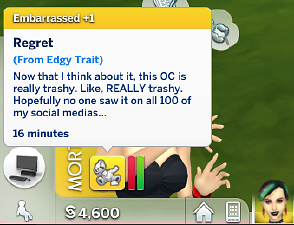 216 Thanks  Thanks     84 Favourited
Ever wanted to make that Reaper or Shadow the Hedgehog fansim but you just don't have the right trait? Well worry no more, because the Edgy trait is here!

Works with Cats and Dogs Update!

There are now TWO versions of this trait! The OG trait and the new requested one without the Sad Angst buff. Because y'know, not all edgy people get sad. They hold in their tears as they listen to emo rock or something idk. Only download ONE of these!

What this trait has to offer

Change Log: 12/24/17- What a Christmas miracle! Both versions have been updated and now work with G&C. Plus, there's a new buff, the Regret buff. Changes to the chances of appearance.
11/3/17- Added version 2, basically the same trait just without Sad Angst

I am looking for new suggestions for this such as new buffs and even small edits! Also, keep in mind that since this is my first finished uploaded trait, it may have some problems. I am generally new to all of this... stuff and I look forward to making this trait better. Now go out there and start making your edgy sims!