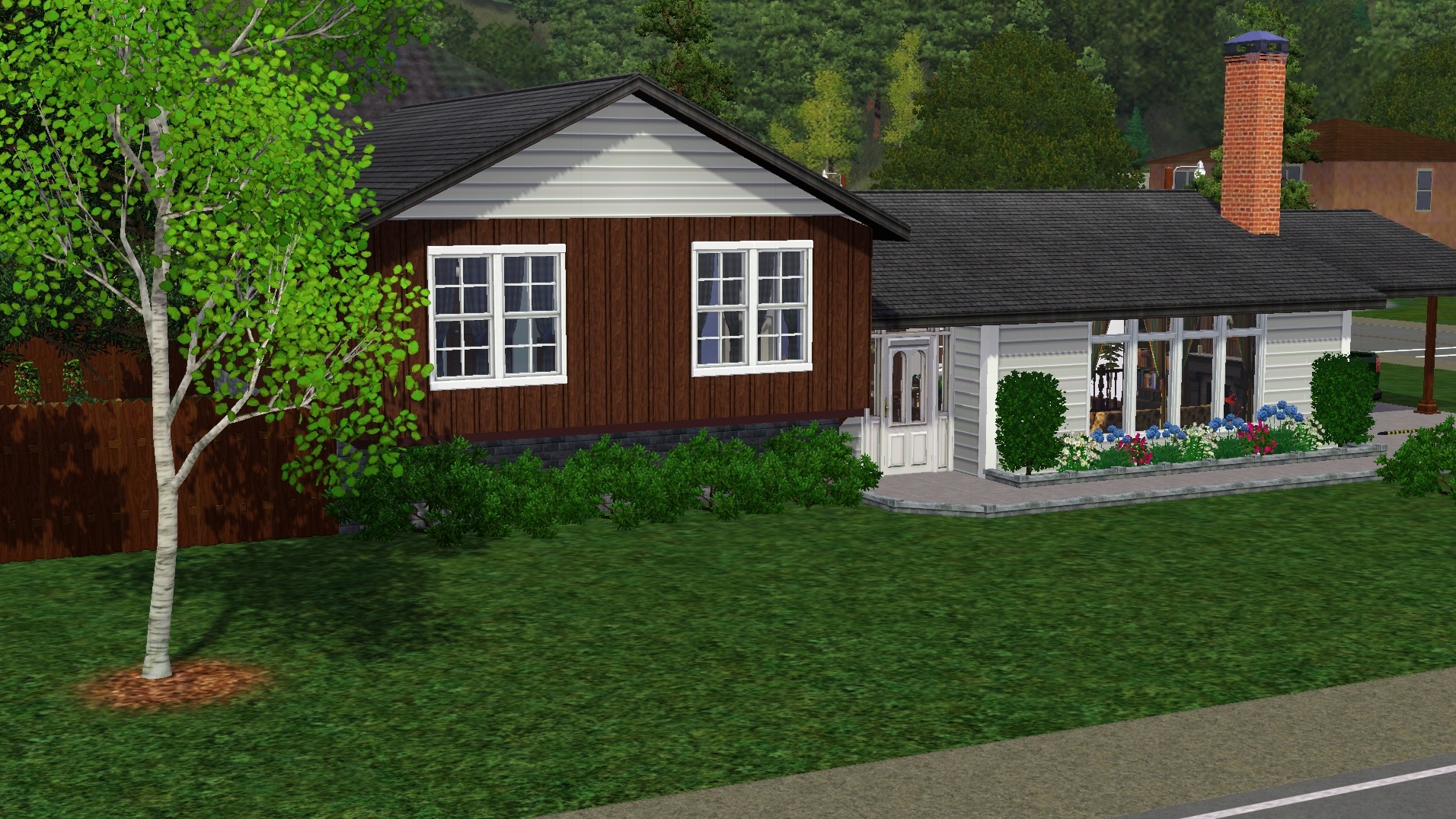 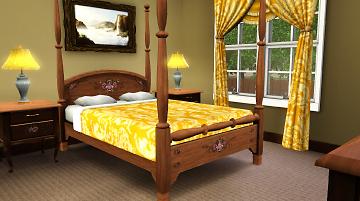 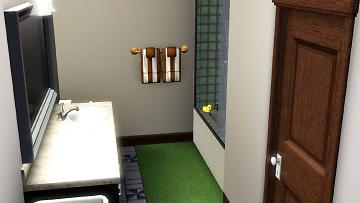 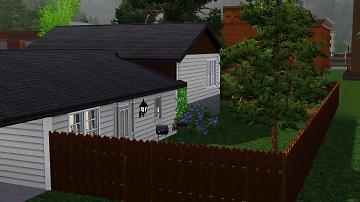 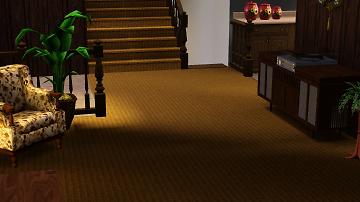 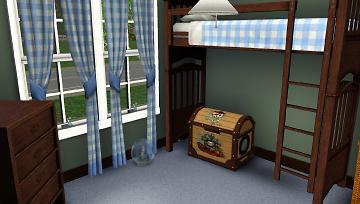 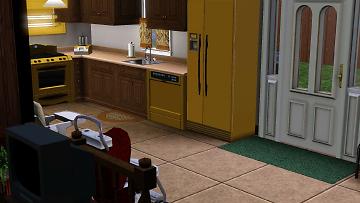 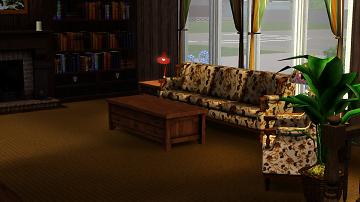 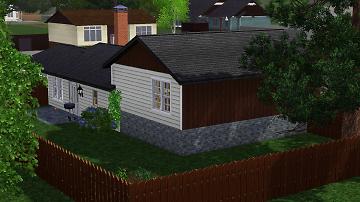 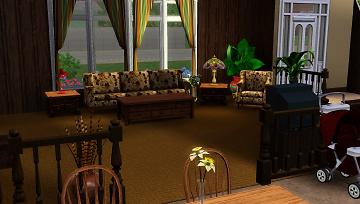 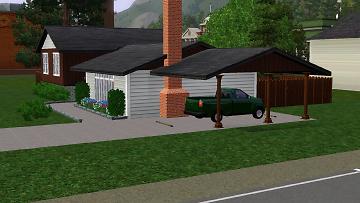 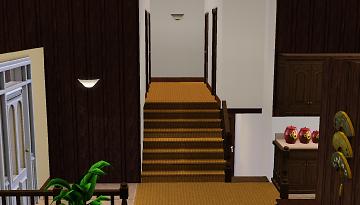 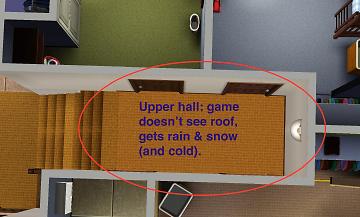 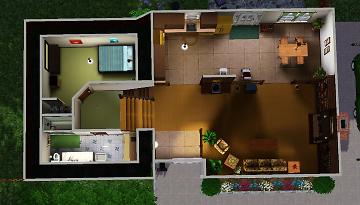 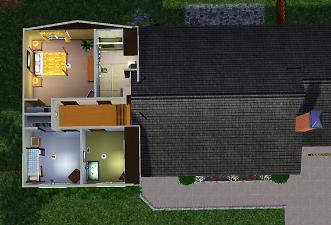 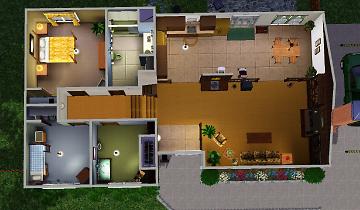 917 Downloads 27 Thanks  Thanks 14 Favourited 6,831 Views
Personal Picked Upload! This is a personal favourite of the creator!

Created by MistyMountain
View Policy / About Me View all Downloads
Uploaded: 11th Aug 2018 at 6:31 PM
Updated: 14th Aug 2018 at 9:42 PM by Sortyero29
As I've slowly been re-creating my hometown (yes, I'm homesick!) and I already did my own house, I tackled the house across the street owned by Dad's co-worker and best friend. It's a 4 bedroom, 2 bath split-level home on 3 levels. I know in real life these houses have a fourth underground level, but after getting the current levels in, I'd love to keep what hair I have left!

In reality it housed a family of four that included 2 boys, but knowing these sims reproduce at will, I added the fourth bedroom downstairs and put in a nursery. Saves the trouble of needing it later

This build has been on the table for quite a while. I've been play-testing and tweaking it for a couple of months. It actually has the look I was going for bang on, but I had a screaming match with the CFE cheat to get it to work. Even now, it has one small issue that doesn't affect playability, but if you have Seasons you'll notice it for sure!

Due to the nature of this style of house, all 3 levels butt against one central wall, which is why CFE gave me so much grief!! I've tried desperately to correct the flaw, but it will not let me. C'est La Vie.

After play-testing through the seasons, I found that the game doesn't see the roof over the upper hall because of the way CFE was used. The bedrooms are fine, just the hall gets rain and snow

My sims would put on outdoor gear for temperature changes just to go to bed, but in the morning they'd slosh through the slush/puddles with no thought (even naked!). The issue only occurred when they were going UP the stairs. It didn't actually bother me, but I'm pointing it out so you know. I've attached a pic of the affected area.

If you don't have seasons, the issue doesn't apply and the house is fine! Have at 'er!

I kept the store items down to a dull roar on this one.

The only item used from Island Paradise was the large plant in the living room that sits behind a chair, so if you don't have that no biggie, it's just a plant

This was a challenging but fun build! It is fully decorated to the style I recall from childhood, so fits in with the retro theme. I hope you enjoy it!!

Stuff you may or may not want to know!

I grew up in northern British Columbia with my Dad and a German Shepherd named Misty.

I love building but alas....anything complicated such as a mansion or castle just isn't in my repertoire LOL I'm more akin to starters, re-creating real world buildings and my ultimate favorites would be cabins and run-down, rat-infested hovels and worn out lots.

All of my lots are created without custom content, but I do use some store items. All information will be included in the description.

I love sharing my creations and I hope you enjoy them as much. I only ask that you do not re-upload or take credit for any work I've done. Thanks for your co-operation!

Update: **I'm running on a nice new M1 iMac, and having encountered the same glitches others playing 64-bit Sims 3 players are running into, I'm building lots that are compatible with both 32 and 64 bit systems. Especially avoiding the red screen of graphic unhappiness. Happy Simming!