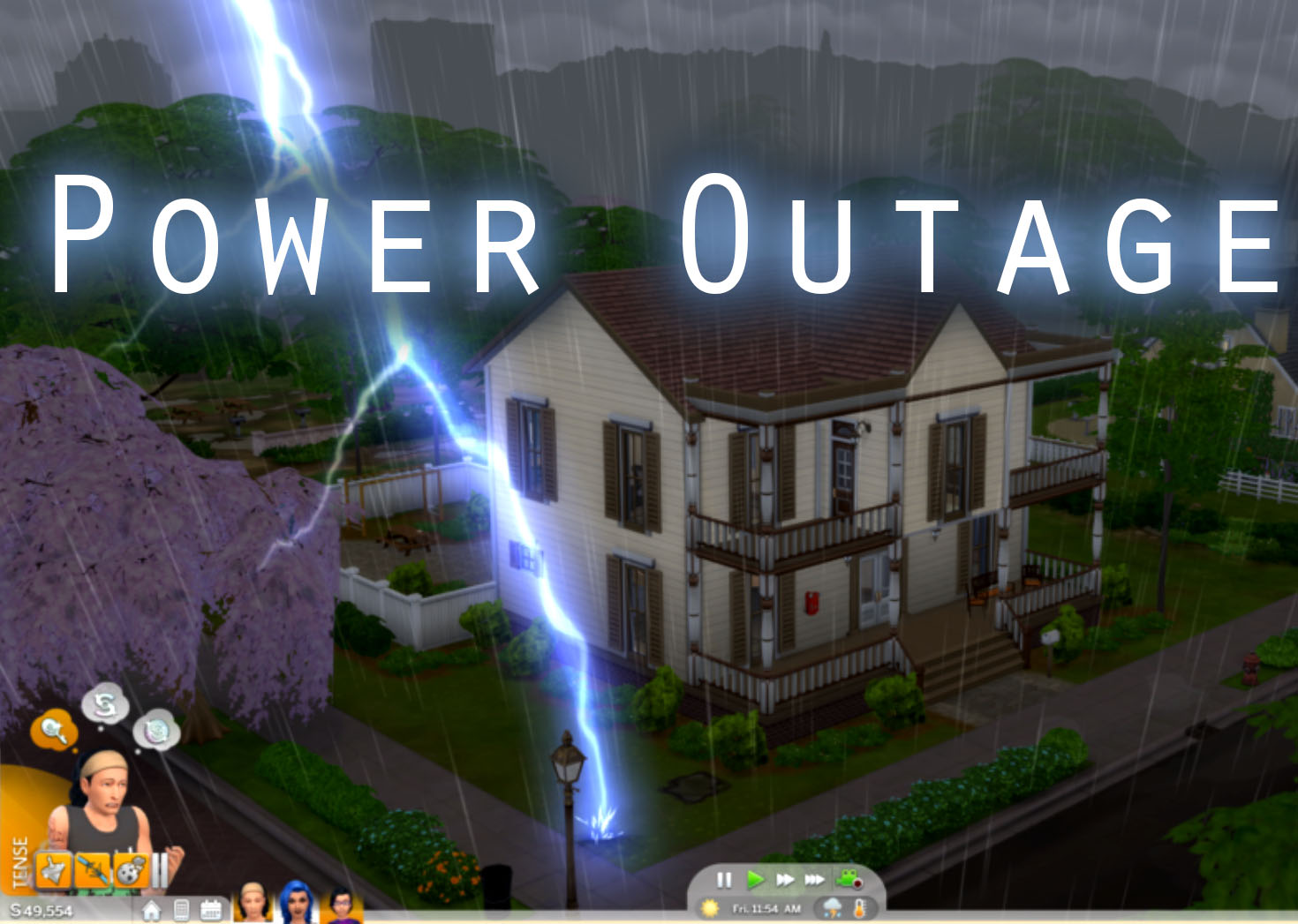 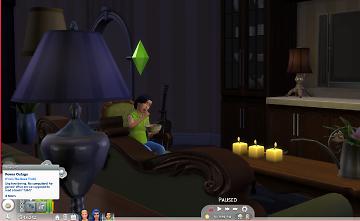 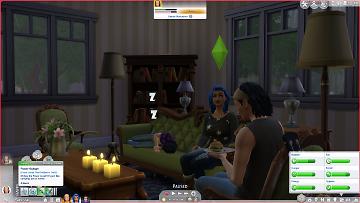 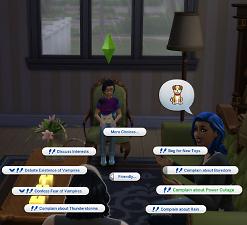 1,008 Thanks  Thanks     344 Favourited
July 23, 2020
Uploaded a small addon to increase the chance of a power outage from 5% to 10%. The game chooses where to strike randomly, the dice of my mod will only be cast if it strikes within 30 squares of a sim that lives on your lot. The game prefers to hit objects and sims, and not the open terrain that much. So if you find power outages rare, try adding some bushes or objects in your lots. You can also tweak my addon if you have sims 4 studio knowledge. There's a chance value right at the top you can edit.

Small update, blocked an interaction causing sims to run inside when they were already inside.

Update August 14, 2019 Brazilian Portugese translation thanks to ArturLira
Update August 1, 2019
Version 1.4 I reworked how this mod is triggered by lightning. It should now have a higher chance of a power outage occurring and is now compatible with No12's Weather Realism Overhaul Mod ! I've been testing it all day. I don't think it will work with sims upstairs but you can try. Read below for an updated description.

What it Does
Lightning Strikes that hit within 30 squares of any sim on the lot will now "roll the dice" to trigger a power outage. You'll know this has happened when a sim has the "that was close" tense moodlet. Each roll has a 5% chance of causing a power outage. As a caveat, families with more sims get more rolls, so to speak. A family of 1 sim has a 5% chance and a family of 8 sims has a ~1/3 chance of getting a power outage with a close strike. Power outages may last anywhere from 3 hours to 24 hours, often after the storm passes. It's important to note that the power may not go out in every storm. There are a lot of variables and randomness at play, especially where lightning strikes.

While the power is out, no electronics will work, of course, and sims will receive moodlets reflective of their personality traits.

Sims that leave the lot will lose their moodlets.

Included is a new social interaction, "complain about power outage"


It will conflict with some mods that make changes to lightning.

Need more information?
Back to download view
161 Comments / Replies (Who?)